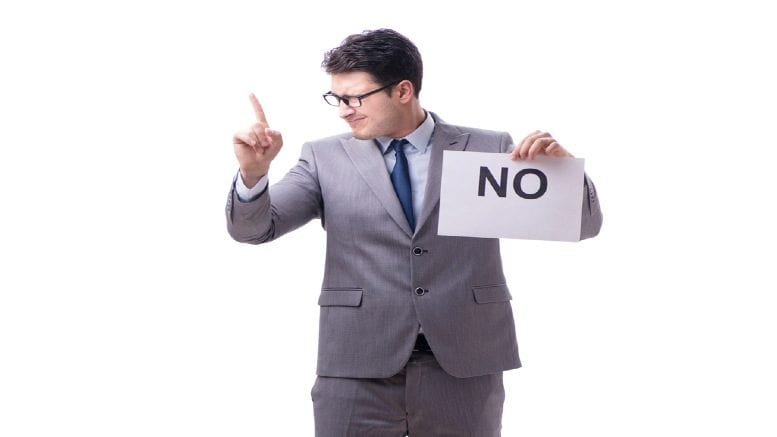 Hall Chadwick’s pair of Richards look set for a disagreeable time chasing upwards of three quarters of a million in fees after being ousted as voluntary administrators (VAs) of Bluechain Pty Ltd.

Messrs Albarran and Lawrence were turfed out by an overwhelming majority of creditors at the reconvened first meeting of Bluechain back on May 18, 20 days after Lawrence adjourned the first meeting without putting to a vote resolutions to remove him and Albarran and to appoint Jim Downey, who had provided a consent days earlier.

This week two documents were lodged with ASIC that provide some insight into the likely degree of difficulty the pair will face as they attempt fee recovery.

One comprises the Minutes of the the first meeting, including the record of the pre-adjourned portion and it’s reconvened sequel. More on the Minutes in a moment.

The other document is the ex-VAs Annual Return for the administration period from April 16 to May 18. Through the entry “Former Voluntary Administrators Lien” it would appear the pair intend to retain some $656,830.69 for fees and disbursements from a total of $753,176.94 residing in Bluechain’s bank account.

This figure should cover an amount of approximately $600,000 court documents have shown the pair are claiming for remuneration and expenses in respect of their appointments as provisional liquidators of Bluechain, an appointment which began in February.

While we have no indication from Downey as to his view on the amount claimed under lien we do know Albarran and Lawrence will likely also claim another significant sum to cover their fees and expenses incurred during the 30 or so days they were VAs.

That period would have included time spent dealing with the application by Bluechain creditors heard in the Victorian Supreme Court that saw the VAs ordered to reconvene the first meeting within seven days and not adjourn it without leave. Gotta’ be a couple of hundred grand in all of that.

Getting creditors to approve as much as perhaps $800,000 however will be a tough gig if the Minutes are any guide.

The pre-adjournment portion is almost a recital of objections made by creditors on being informed by Lawrence that he intended to adjourn the meeting without first giving them the opportunity to remove the incumbents.

According to the Minutes Lawrence’s justification for adjourning was that the obtaining of a consent from an alternate practitioner was “inconsistent with the parties’ mutually held views at the Court hearing on 29 March 2021 which were recorded in the Court orders agreed between the parties”.

Those proceedings saw Albarran and Lawrence obtain the court’s and other parties’ consent to resign as provisional liquidators and appoint themselves administrators.

“The Administrators have been advised by the legal representatives of the plaintiff that their client only agreed to the appointment of the Administrators due to their previous appointment as the Provisional Liquidators and the investigations and reporting works already undertaken to the Court during this appointment,” Lawrence told the meeting.

“It was agreed by all parties at the Court hearing, and encouraged by the Judge hearing the matter, that the appointment of the Provisional Liquidators as the Administrators of the Company was beneficial to the Company as it would limit the works and costs under the Voluntary Administration appointment due to the works already completed during the previous appointment.”

Regardless of what was agreed in the court proceedings, the Minutes of the first meeting pre-adjournment show that the creditors wanted the right to vote on a resolution to replace Albarran and Lawrence.

There were employee creditors, creditors associated with Bluechain’s UK-based parent backing a proposed DoCA and trade creditors threatening legal action if they didn’t get to vote.

Lawrence re-iterated his reasons for the adjournment, including that the adjournment was being provided to minimise the costs incurred in the voluntary administration and told the meeting that SLF Lawyers was present and had been instructed to accept service.

But at the reconvened meeting on May 18 – which included two observers from ASIC attending – the only creditor that ultimately voted in favour of retaining Albarran and Lawrence was the ATO.

Thanks to orders made at the same time the court instructed the former VAs to reconvene the first meeting, Downey has some breathing space before bringing creditors back for the second meeting and it’s not till then that Albarran and Lawrence will know if whatever remuneration claim they come up with will be given the finger by the majority, or whether the ATO will back their fee claim too.

Based on the attitudes of the majority of creditors as expressed in the first meeting Minutes, the Hall Chadwick duo could well be forced to put their claim for fees before a court. We’ll know in a fortnight or less. Fun times not. Support INO’s continued chronicling of the insolvency sector.