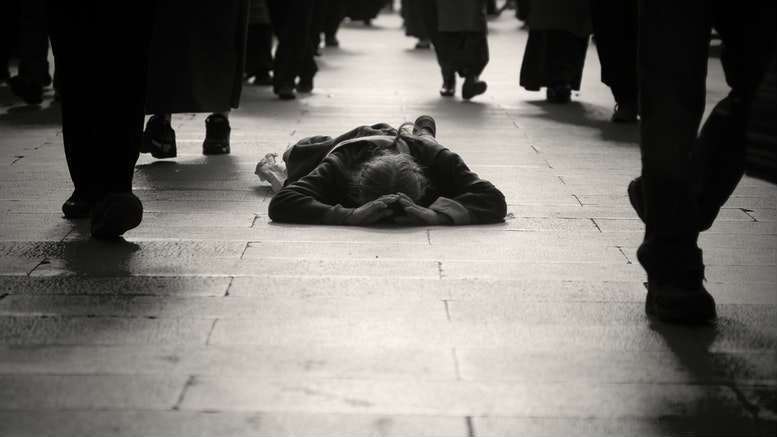 Sydney liquidator Steve Naidenov has been asked if he knew an insolvency appointment was a phoenix transaction during an at times heated public examination into the affairs of the MK Floors Group.

The question, which Naidenov strenuously rejected, came towards the end of the first day of a multi-day examination brought by the Commonwealth’s FEG Recovery Unit.

FEG is seeking $1.5 million from Naidenov and Veritas Advisory head David Iannuzzi, who were appointed liquidators of the MK Floors Group in mid-November, 2016.

Several of the group’s businesses were closed and staff made redundant after the Veritas pair’s appointment as liquidators, with FEG picking up the tab for employee entitlements.

The FEG Recovery Unit however asserts that circulating asset realisations were generated and used to pay some general liquidation expenses as Naidenov and Veritas Advisory head David Iannuzzi traded other parts of the business. (Iannuzzi has previously told INO he believes he has an entitlement to a lien over the MK group’s $1.5 million in debtors.)

At one point late on Monday Naidenov was asked about rent payments he authorised for a premises on Auscan Crescent Townsville, the address of one of several MK Floors Queensland outlets.

FEG’s counsel Ross Foreman asked why Naidenov was authorising rent payments for a premises which had been occupied by another flooring company since January 2017.

“The reason it was paid was because it was a phoenix, wasn’t it Mr Naidenov,” Foreman said. “That’s not correct,” Naidenov replied.

Smith told Senior Deputy Registrar Jennifer Hedge that questions about PGM were outside the examinable affairs of the company.

Foreman countered by pointing out to the Registrar that PGM is associated with colourful accounting identity Al Constantinidis, who was Iannuzzi’s referrer on MK Floors.

Hedge allowed the question. That led to questions about Constantinidis’ company Chiswick.

It turns out that in the months before MK Floors was placed into voluntary administration (VA) in October 2016, Chiswick and Constantinidis had become involved with a proposed restructure of MK Floors that would supposedly see fresh funds injected.

On the other side of the deal purporting to represent an as yet unidentified buyer/investor was one Socrates (Scott) Kitas, who is Constantinidis’ landlord and also a referrer of work to Veritas.

The court heard that part of the deal required incumbent managing director Frank Scarmacia to resign. Despite the company having a financial controller with skin in the game Constantinidis then became chief financial officer (CFO) while his old mate John Brown, the ex-Hawke Government sports minister became a director and chairman of the MK Floors Group in May 2016.

Brown, as well as being a founder of the Pork and Bacon Marketing Council, was also a principal of meat distributor Brown and Hatton, which was subject of its own Constantinidis-engineered restructure back in the early 1990s with the help of funds from ex-Prime Minister Paul Keating.

Although Brown and Hatton still failed at least it got the money, unlike MK Floors. As the restructure failed to materialise a new deal emerged, one involving a license agreement with Chiswick which was described in MK Floors’ first report to creditors as an “unrelated third party”.

Under the license agreement Chiswick would pay wages and rent for the MK operations to continue so jobs could be finished.

There was no obligation under the license agreement for the VAs to fund Chiswick – quite the contrary in fact – but FEG’s legal team produced evidence of payments to Chiswick totalling $200,000 authorised by the VAs for wages and other costs.

Naidenov said that the VAs were obligated to pay when the licensee ran out of money because he was personally liable and there was no other way to keep the business trading.

Given the licensee apparently ran out of money before the ink on the agreement with the VAs was dry, one wonders what steps the VAs took to satisfy themselves that Chiswick could fulfil its obligations.

The torturous testimony concluded with Naidenov’s barrister advising the court that the death of two elders of his people meant he would be unavailable on Tuesday, which was when Naidenov’s testimony was expected to conclude and Iannuzzi was scheduled to take to the witness box.

Further, the court heard that Constantinidis was not available to appear as he is in Greece on a long planned holiday. Brown meanwhile turned up as summonsed and was to be next up after MK Floors’ financial controller Despina Milios concluded her evidence. Unfortunately during the wait he reportedly hurt a recently operated upon hip. Subsequently he was unable to appear.

The examinations where rescheduled to continue next month.