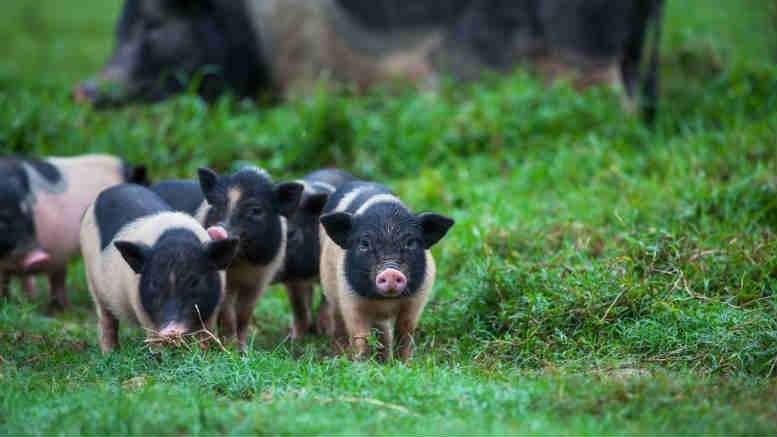 Veritas Advisory and the CBA seem happy as pigs in lush and verdant pasture with the involvement of Al Constantinidis.

SiN has heard tell of white knights – Senator Bob Day thought he had one several times before conceding otherwise yesterday – but it’s not a role one normally associates with “Piggery” Al Constantinidis.

The KPMG alumnus, who sprung to national prominence in the 1990s when he and former Prime Minister Paul Keating fell out over a piggery that went pear shaped, is not renowned as a saviour of ailing businesses.

His latest intervention however seems to have won the endorsement of Veritas Advisory principal David Iannuzzi and director Steve Naidenov who were appointed voluntary administrators (VAs) of MK Floors Australia on October 10, less than a month after shareholders of MK’s state-based and operated subsidiaries initiated proceedings in the Federal Court seeking to have the company wound up.

Almost immediately after their appointment the Veritas pair entered into a licensing agreement with Constantinidis’ company Chiswick. Iannuzzi wouldn’t disclose the terms and conditions, or whether Constantinidis is a potential buyer but he insisted the agreement did not include an indemnity for the VA’s fees.

Doing the appointing was former Federal Sports and Arts minister John Brown, who is no stranger to piggeries or to Constantinidis given he and former business partner Vince Hatton owned the piggery business that was transferred to Keating and Constantinidis in 1991 after Brown and Hatton fell into arrears paying their feed supplier, Millmaster Feeds.

Brown, who could not be contacted for comment, was appointed sole director of MK Floors in May this year, replacing former director Despina Milios. Milios is sole shareholder and director of a company called Des Milios Pty Ltd, which is a non-beneficial holder of shares in MK Floors. She’s also listed as general manager of MK Floors Queensland.

Milios played a crucial role when creditors at the first meeting at Veritas Advisory’s offices last month. As chairman of the meeting Iannuzzi accepted her proof of debt for $6 million for full value for the purposes of voting on the meeting resolutions. These of course included the resolution on whether to replace the VAs.

The proof was accepted on the basis that Milios is guarantor of MK Floors’ secured loan facility with the Commonwealth Bank. Iannuzzi told SiN “There’s case law to support my decision”. Sources told SiN that the VAs were supported at the meeting by Piper Alderman’s Stefano Calabretta.

On the numbers the resolution to replace the VAs was defeated 22 to 11. Grumblings relayed to SiN suggest some had concerns about what they called special proxies signed by 13 of the company’s employees but sour grapes and resentful gripes go with the territory and the concerns may be no more than that. Likewise, Iannuzzi’s acceptance of a related party proof of debt for the full amount also reportedly put noses out of joint, given that if the Milios proof hadn’t been voted in favour of the incumbent VAs, Iannuzzi may have been required to take a position as chairman with the casting vote.

Also attending the meeting was Piggery Al, TPH Insolvency’s Tim Heesh and representatives from the ATO wanting to replace Iannuzzi and Naidenov with Vincents’ Tony Lane and Steve Staatz.

Iannuzzi told SiN that the administration is funded and at this stage no deed of company arrangement (DoCA) had been proposed. It is likely the VAs hold a lien over the company’s $1.5 million in debtors.

Whilst unsuccessful in replacing the VAs at the first meeting of creditors, the Australian Taxation Office (ATO) has since substituted itself as applicant creditor in the winding up proceedings in the Federal Court. SiN understands the Veritas duo may resist the application when the matter returns for directions on November 11 and of course a suitable DoCA could eventuate earlier.

The only date of more immediacy is November 4, which is when Constantinidi’s committal hearing on a charge of attempting to pervert the course of justice is due to begin. Perhaps not the whitest of knights then.