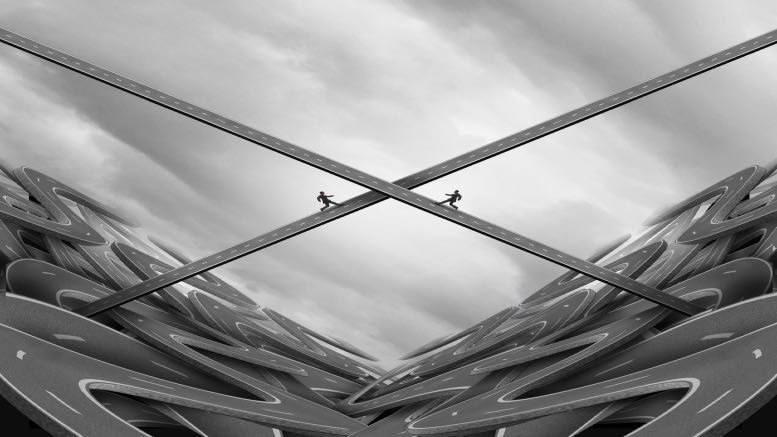 Former Hall Chadwick partner David Ingram had obviously been plotting his exit from the national mid-tier for some time before his decision to pull the pin was revealed publicly in orders made in the Federal Court on Monday.

In the wake of an application pursuant to Section 90-15 of the Insolvency Practice Schedule (Corporations) Ingram resigned as liquidator of 20 companies and as deed administrator of three.

Co-applicant and Hall Chadwick lifer Richard Albarran was generous enough to take on the appointments being relinquished by Ingram as he prepares to take the next step, details of which he announced almost simultaneously on Linked In.

“After twenty-one years at my previous employer, I am excited to announce that I have taken the plunge and launched my own boutique advisory firm I & R Advisory,” Ingram said in a post which referred to 21 years service at a previous employer without naming the firm whose owners so zealously hoard their equity.

“Specialising in Insolvency, Restructure and Advisory services I will continue to provide the highest quality personal and professional advice to which my clients and stakeholders have become accustomed,” Ingram said.

Interestingly, I&R Advisory began life as R&I Advisory on April 1, 2021 in the name of Emma Ingram, age 40, residing at the same address as David Ingram. Ms Ingram was sole director and shareholder.

In October David Ingram took over as sole director and shareholder. In November the company’s name was changed, from R&I Advisory to I&R Advisory.

A few minutes searching brought up the fledgling firm’s website where we noticed the name and phone number of another ex-Hall Chadwick partner, one David Ross, under the contact tab.

Intrigued we got Ross on the line and he confirmed he was indeed preparing to join Ingram at I&R Advisory, but not till 2022. Ross, who has been going bush since leaving Hall Chadwick in 2020, also confirmed the new I&R Advisory website was not yet operational and it has since been concealed from public view.

We don’t know when the name was changed but it does lessen what had been an unfortunate resemblance to another relative newbie in the sector, that being RRI Advisory helmed by ex-Jirsch Sutherland Melbourne senior Liam Bellamy and former Jirsch and then ex-Chan & Naylor insolvency practitioner John Kukulovski.