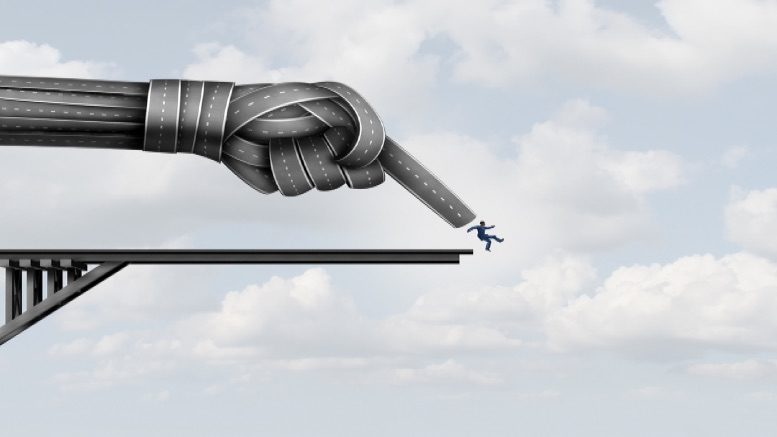 04/08/2021: If only validity were in the eye of the appointor. For two Hall Chadwick partners appointed receivers of The Gosford Pty Ltd, a two buck shell with a tenuous grip on a contested asset, the validity of their appointor’s security has not withstood a rival’s challenge, leaving the pair gazumped and shunted to the queue’s rear.

Of course, Richard Albarran and Brent Kijurina are no doubt philosophical about their relegation behind BPS Recovery’s Dave Hurst and Dave Sampson.

No doubt the boot’s been on the other foot plenty of times in Albarran and Kijurina’s careers and it’s been them profiting from their appointee’s superior security. What goes around and all.

The Hall Chadwick pair were appointed earlier this year in the midst of a messy dispute surrounding construction of The Archibald development on Mann Street at Gosford on New South Wales’ central coast.

Their appointor Shinetec Australia Pty Ltd, was head contractor and had subcontracted to NPH Group Pty Ltd. Not long after Albarran and Kijurina were appointed NPH’s sole director thought it prudent to place the company into administration.

O’Brien Palmer’s Daniel Frisken was appointed voluntary administrator (VA) and he recommended creditors place the company into liquidation, which they did on July 7.

So who was the secured creditor with prettier profile than Shinotec? None other than former Athlete’s Foot CEO Michael Cooper’s Gemi Investments, which appears to have a stranglehold over the development judging by our search of the Personal Property Securities Register (PPSR).

Be the first to comment on "Receivers gazumped by superior security"