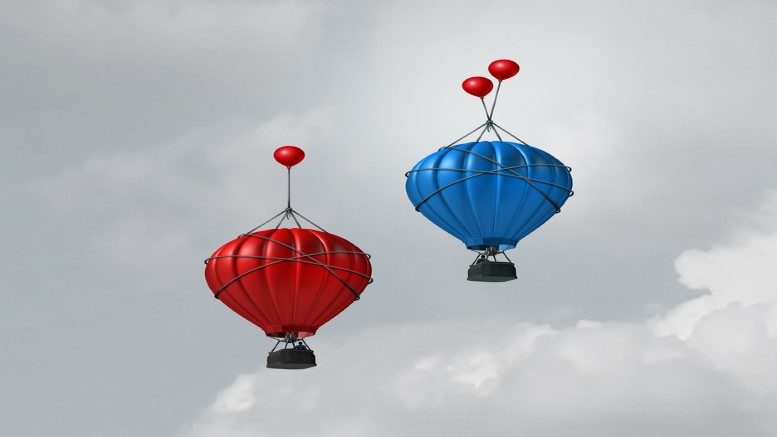 Federal Court judge Michael Lee might have refused Westpac’s bid to have a third McGrathNicol partner appointed as a provisional liquidator to three Forum corporate entities on the basis that with charge out rates of $847 per hour two is sufficient, but as we all know, resistance is futile.

When creditors of the 25 or so Forum group companies in voluntary administration (VA) convened for the concurrent first meetings this week, one of the resolutions put to them was for the replacement of the three incumbent VAs with, you guessed it, three replacements from McGrathNicol.

Ahead of the meeting consents to act had been provided by Jason Preston and Jason Ireland, who were the two Westpac-backed appointees installed as ProvLiqs on three Forum entities after Justice Lee made orders appointing them on July 16. But there was also a third consent from McGrathNicol partner Kathy Sozou.

Conveniently though, the three incumbent VAs – Domenic Calabretta, Graham Ward and Thyge Stafford-Jones – from Mackay Goodwin – were not only incumbent but compliant.

“Leading restructuring and insolvency firm Mackay Goodwin has recommended Westpac’s nominee McGrathNicol replace it as the administrator for all companies in the Forum Group for operational efficiency, ensuring all Forum Group businesses are managed under a single administrator for the benefit of creditors,” Mackay Goodwin CEO Calabretta said in a statement released on Wednesday this week at the conclusion of the reconvened first meeting.

“Our investigations uncovered Westpac, SMBC and Societe Generale having exposure across the whole Group, and so it was more efficient to hand over the businesses we were administering to the administrators appointed by Westpac.

“By way of an agreement between Mackay Goodwin, Westpac, SMBC and Societe Generale, it has been agreed for all companies in the Forum Group to be administered by one firm rather than two firms,” he said.

As a consequence those Forum group entities not in provisional liquidation now have Preston, Ireland and Sozou appointed as VAs and counsel for Westpac Jeremy Giles yesterday indicated that his client would shortly bring an application to have the majority of those group entities wound up and the McGrathNicol trio appointed as liquidators.

iNO understands that McGrathNicol first proposed to Westpac that two appointees would be sufficient but as the scale of the alleged Forum Group fraud became clearer, it was determined that more resources at the highest level were needed.

The snowballing scale of the alleged fraud – outlined in a 292-page statement of claim filed by Westpac this week – is something Justice Lee may also not have been aware of when he refused to the application to have Sozou appointed ad a third ProvLiq.

Nor would he have necessarily anticipated at that stage that McGrathNicol would ultimately get appointed to the entire Forum group.

We’ll have to see if Justice Lee is therefore become more accommodating of “almost $900 an hour” when the application to wind up the remainder of the Forum Group comes before him next Wednesday.