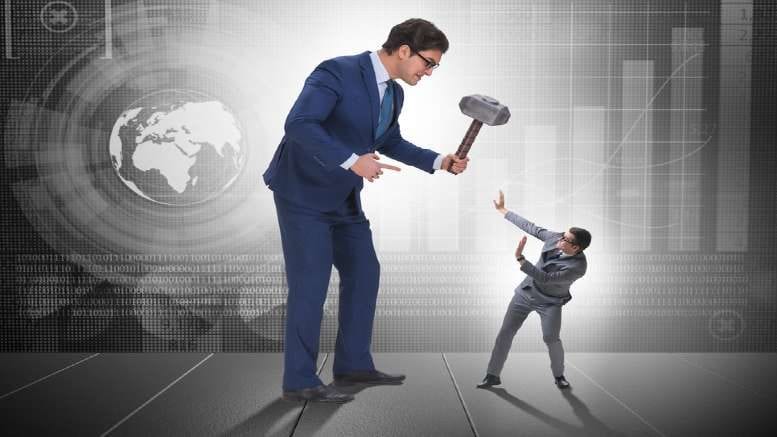 Alleged fraudster Bill Papas is COVID positive and languishing in Athens a court heard yesterday, which might explain why Westpac Bank – which would love to ask the Forum Group founder about its missing $300 million – spent much of the afternoon monstering Domenic Calabretta and two of his Mackay Goodwin colleagues in regard to their role as voluntary administrators (VA) of 30 Forum Group entities.

The occasion was an application brought by Westpac to have its preferred insolvency practitioners appointed as provisional liquidators (ProvLiqs) over four of the 30 companies currently under the control of Calabretta, Graeme Ward and Thyge Trafford-Jones.

Westpac’s barrister Jeremy Giles told his honour that it was imperative that McGrathNicol’s Jason Preston and Jason Ireland – who saw off a challenge from KordaMentha to be appointed ProvLiqs of Forum Finance Pty Ltd on July 9 – be also appointed ProvLiqs of FGFS and various other Forum group entities so they could continue their tracing exercise.

He said investigations to date had already identified assets linked to Papas – also know as Basile Papadimitriou, 47 of Beecroft NSW – in Greece, Germany, the UK and Singapore.

Delaying that process while Calabretta, Ward and Trafford-Jones conducted their own investigations ahead of a first creditors meeting scheduled for Tuesday, July 20 would heighten the risk of dissipation and only benefit Papas and FGFS joint shareholder and former director Vincenzo Frank Tesoriero, 40 of Caulfied North, Victoria, Giles said.

In circumstances where only one of the Forum Group entities in VA had a business, employees and a substantial number of creditors, there was Giles said no point in allowing the VAs to continue incurring costs doing the same work Preston, Ireland and their team were undertaking, particularly in circumstances where there was no prospect of a DoCA or other form of restructure or recapitalisation.

But Barrister Jim Johnson, acting for Papas, told Justice Lee that very large sums had been paid back to Westpac and he questioned the bank’s standing to even bring an application to have ProvLiqs appointed in circumstances where it was not a creditor in the orthodox sense. He also told the court that Westpac had routinely audited the transactions.

As an aside, if heads are not already rolling at Westpac in respect of this potentially material loss then shareholders should commence preparations now for the AGM in December. They can reject the remuneration report, oppose the re-election of directors, and generally express their dissatisfaction in a way that is material for those responsible.

The submissions about Westpac’s standing and the possible emergence of conflicts didn’t seem to trouble his honour unduly.

What did concern him was the news, conveyed by Johnson, that Papas had a COVID test on July 8 and had returned a positive result. Coincidentally this was the same day Calabretta, Ward and Trafford-Jones tested positive for the Forum Group VA.

A copy of a “rapid antigen test result” was provided to the court and Johnson commented about the possible unlikelihood of Papas – who obtained a travel exemption enabling him to leave Australia some time between June 11 and June 15 – being able to return.

Justice Lee was also concerned with the idea of making an order terminating the administration and appointing ProvLiqs because it would deny creditors their right to express a view.

One of the four Forum entities that Westpac wants Preston and Ireland appointed to as ProivLiqs has more than 130 creditors plus employees.

Its expected that his honour will today exempt that entity from a general order terminating the administrations of FGFS and other Forum group entities and appointing Preston and Ireland as ProvLiqs.

For good measure Westpac also sought to have a third McGrathNicol partner – Kathy Sozou – appointed as a ProvLiq but his honour, having been appraised at the hearing last week about the firm’s partner charge out rate, decided to do a little monstering himself, declaring that he would not be adding another fee earner at “almost $900 an hour”.