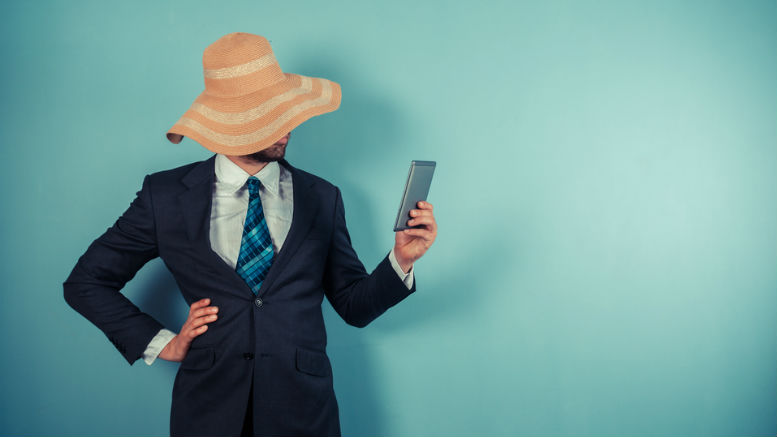 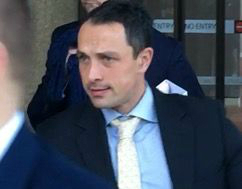 It was an awkward few hours in the witness box for liquidator David Iannuzzi on Wednesday, with the the Veritas Advisory principal at one point providing a description of a company director who only hours earlier sat in the same chair insisting the pair had never met.

Iannuzzi was in court as part of public examinations being run by the Commonwealth’s FEG Recovery Unit, which is investigating the circumstances around MK Floors’ slide into administration and then liquidation late in 2016.

After the company was placed into liquidation its employees tapped the Fair Entitlements Guarantee (FEG) Scheme for payment of their entitlements.

The FEG Recovery Unit is now seeking to recover in excess of $750,000 on the basis that substantial sums owing to MK Floors’ from its debtors were instead paid to a company connected to its external advisor. As debtor funds are circulating assets they should’ve been directed to fulfilling MK Floors’ obligations to its employees.

After swearing on the Bible and taking a seat in the witness box in court 1 of the NSW Supreme Court Iannuzzi quickly found himself besieged.

Where did he meet the director and MK’s external advisor? When was that? How was the meeting arranged? How long did it last?

The 15 minute meeting took place at the offices of Constantinidis Accountants in the Sydney suburb of Chiswick, Iannuzzi told the court.

He said he was contacted by Al Constantinidis, an occasional referrer of work to Veritas, and asked to provide insolvency advice to MK Floor’s director because the company was riven by shareholder disputes and a fractured board.

Under questioning by barrister Ross Foreman Iannuzzi insisted he met with the director either on the day of his and co-Veritas principal Steve Naidenov’s appointment as administrators on October 10, 2016, or just before.

But earlier that day the appointing director, former Labor politician John Joseph Brown, 87 of Rozelle, told the court he and Iannuzzi never met.

So when Foreman asked Iannuzzi to describe the appointing director, he told the court Brown was quite tall, with fair or blonde hair, thin to balding on top.

The description differed significantly from the John Brown who took the witness box on Wednesday morning. That gentleman boasted a decent head of white hair, and didn’t seem particularly tall.

“You didn’t meet Mr Bown prior to October the 10th did you,” he said. “No, I did,” Ianuzzi insisted.

But that wasn’t the only circumstance around the appointment that Foreman wanted to explore.

So why wasn’t the meeting referred to in Iannuzzi and Naidenov’s Declaration of Independence, Relevant Relationships and Indemnities (DIRRI) Foreman asked?

It was an oversight Iannuzzi admitted, saying the DIRRI should’ve noted the meeting between himself, Brown and MK Floors’ external accountant on or before October 10.

He also conceded that he had never sought any supporting documentation from Brown to confirm his identity or sought to contact him again, relying instead on “de facto directors’ who were still closely involved with the company.

Until April this year the director of Constantinidis Accountants was accountant and wealth adviser Achilles Constantinidis, 49 of Drummoyne.

But as Foreman probed it emerged that there were in fact two Achilles Constantinidis involved. The wealth advisor who acted as external accountant and another older relative, who had been acting as MK Floor’s financial controller in the months prior to the appointment of Iannuzzi and Naidenov.

For the purpose of the examination Foreman referred to them as Al Senior and Al Junior. Al Senior has gained significant public notoriety in relation to distressed assets ever since he was involved in a failed piggery venture in the 1990s with ex Prime Minister Paul Keating.

That Piggery had fallen on hard times and Constantinidis persuaded Keating to inject funds as part of a bail out. The piggery had previously been owned by a firm called Brown & Hatton, the Brown being the former member for Parramatta and one-time sports minister in the Hawke Labor Government.

Brown garnered his own share of notoriety during his career, first after it was revealed that he had sex on his parliamentary office desk and then for having to resign after misleading Parliament.

This is the same John Brown who became director of MK Floors in May 2016 and who last Wednesday told the court he and Iannuzzi had never met.

Obviously, insolvency practitioners meet a lot of directors and it’s by no means impossible that Iannuzzi confused another individual with the man he thought was John Brown.

But that’s not the only irregularity FEG is exploring. In the first report to creditors of MK Floors QLD Pty Ltd issued on October 12, 2016 the then administrators disclosed that they were “considering entering into a license agreement to an unrelated third party to possibly finalise outstanding work in progress and any rectification issues in order to minimise any further liabilities being accrued”.

During the examination Foreman sought to determine when the license agreement proposal began to take shape in Iannuzzi’s mind. Iannuzzi suggested that in general it might take up to a month.

But Foreman then quoted form a letter from Veritas to Al Junior dated October 11, 2016 which included a license agreement apparently ready to sign.

At the time Al Junior was both principal of Constantinidis Accountants and sole director and shareholder of a company called Chiswick.

Chiswick was the firm with which the liquidators entered into the license agreement. The court heard that MK’s operations were to be funded by Chiswick. But according to material put before the courts, the liquidators in fact ended up paying Chiswick. The reasons offered by Iannuzzi and Naidenov were numerous.

There was a contra deal in place for instance, though the details of that were not fully explored. Both Iannuzzi and Naidenov also testified that Chiswick wasn’t performing and they were concerned that if wages weren’t paid sub-contractors would walk off the jobs. Nor did Chiswick win more work as was envisaged by the agreement.

INO does not suggest Achilles ‘Al Junior’ Constantinidis is guilty of any wrongdoing. In fact as the reasons mounted a phrase beginning with the word cluster repeatedly impinged on your correspondent’s thoughts.

It was also revealed that Chiswick induced some MK Floors debtors to pay their debts to it instead of the company prior to Iannuzzi and Naidenov’s appointment. They both agreed with Foreman that those funds should’ve been paid to MK Floors. The court has yet to hear how that might have occurred.

Finally there was even a moment of wry irony, or, as INO likes to call it – ‘wryrony’ – as Naidenov revealed that payment of a potential dividend to creditors had been deferred.

Apparently this is because he and Iannuzzi will seek to be indemnified out of the assets of the company for their costs of attending the examinations.

There was a great deal more which we’ll bring you next week ahead of the resumption of the examinations on Wednesday, September 19, 2018.

Be the first to comment on "MK Floors: liquidator describes director he didn’t meet"