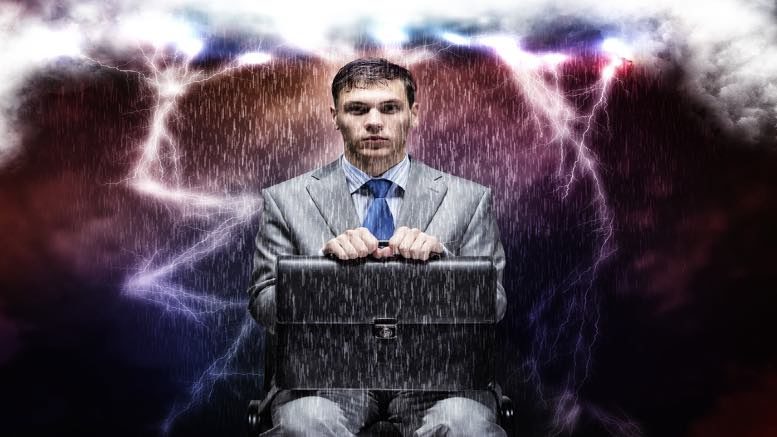 When you’re being funded to pursue litigation, it’s not difficult to double down and appeal after a stinging loss.

For Hall Chadwick partner Blair Pleash, trying to cajole a ceasefire from the bowels of defeat has meant being bitten twice in a month after the Federal Court of Appeal last week dismissed his bid to overturn a ruling rejecting his case against the directors and former directors of Print Mail Logistics (International) Pty Ltd.

Pleash has been gunning for the directors over transactions and agreements entered into more than five years ago, arguing that they constituted breaches of their duties.

He hasn’t however been able to make the case and as we reported earlier this month in “Imprudent Refusal” Earns Indemnity Costs the zealousness with which he’s pursued the directors has been consistently penalised.

Of course, when you’re being funded – and one would imagine indemnified – what’s a lost case, adverse indemnity costs and a failed appeal matter?

His funder however might well be the source of the problem he’s had persuading the courts to see things his way, given the primary judge found that Pleash’s unwillingness to call the funder to give evidence under oath gave rise to a Jones v Dunkel inference.

As is recounted by the Court of Appeal judges in Ross (Liquidator) in the matter of Print Mail Logistics (International) Pty Ltd (In Liq) v Elias [2021] FCAFC 203 “The approach taken by the primary judge, being to infer that the evidence of Ms Hutson would not have assisted the appellants’ case insofar as it sought to rely on the three versions of the alleged agreement, was an orthodox application of the rule in Jones v Dunkel [1959] HCA 8; (1959) 101 CLR 298.

“No error has been shown by the appellants in relation to the inferences drawn by the primary judge by reason of their failure to call Ms Hutson in this regard.”

For clarity’s sake, the “Ross” in the court’s citation refers to David Ross, the ex-Hall Chadwick partner who resigned as liquidator of Print Mail Logistics (International) Pty Ltd (PMLI) in the second half of 2020.

Further, the “Ms Hutson” referred to is Jennifer Hutson, the former chairwoman of G8 Education Limited, who in July last year was committed to stand trial on 29 criminal charges relating to the failed 2015 takeover of the ASX-listed Affinity Education Group Limited.

On November 16, 2021 Hutson’s bid to have the charges against her permanently stayed was refused and the matter is scheduled to return to the Brisbane District Court on December 10.

How or why Hutson continues to fund the PMLI liquidation given the gravity of her own affairs are questions that’ll hopefully be answered soon. We cannot at this stage conceive how a favourable ruling for PMLI’s liquidator might be extrapolated to benefit Hutson in her defence of the criminal proceedings being brought by the Commonwealth Director of Public Prosecutions (CDPP) after a referral from ASIC.

Meanwhile Pleash, who has already been hit with indemnity costs in respect of the primary application has also been ordered to pay the respondents’ costs of the appeal. What chance he’ll roll the dice on costs?

Be the first to comment on "Failed appeal follows imprudent refusal"