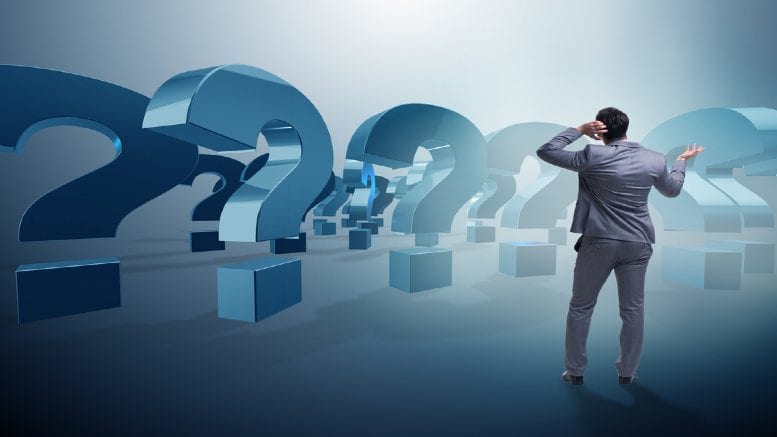 Eventful on multiple levels best describes yesterday’s public examination (PE) of former Deloitte partner and now consultant Simon Wallace-Smith, who was being questioned about his former tenure as liquidator of Last Lap Pty Ltd by counsel for the current incumbent.

To start with, there were problems with all the parties being on the same page in respect of the Federal Court’s audio-visual technology.

Wallace-Smith’s legal team, headed by barrister Raini Zambelli, had him logged in on a laptop via the web. Her opponent Bridget Slocum, who’s acting for Cor Cordis Melbourne boss Bruno Secatore, opted for the app. The laptop however wasn’t transmitting his image. Nor could Wallace-Smith be seen.

After some unlogging and relogging the apps aligned and Wallace-Smith was seen as well as heard, sitting in front of a bold and branded background screen displaying the logo of his solicitors, Piper Alderman.

iNO wondered if the courts could get some levy action here? Perhaps extract a fee from law firms wanting to live stream advertising during proceedings?

The eventual alignment on the one platform was the signal for Secatore’s barrister Slocum to commence her probing of Wallace-Smith’s tenure as liquidator of Last Lap via members voluntary liquidation (MVL) from 2005 to 2015.

The first thing that should be said for those unfamiliar with Last lap is that it is an entity lying within the edifice of companies and trusts that house the fortune of the late tyre baron Bob Jane, who died in 2018.

The second thing that should be said about Last Lap is that it has been in some form of external administration since 1992.

The third thing to mention is the involvement of Deloitte Tax Services, which acted for Bob Jane Corporation (BJC) and may well have been the referrer to Wallace-Smith via his colleague Phillippa Dee, who Wallace-Smith described as “head of our MVL area”.

Why Last Lap was first placed into MVL is a question whose answer continues to evade detection.

As Wallace-Smith frequently reminded Slocum, during his 10 years as liquidator he was frequently unfunded and was therefore not much minded to pursue the answer, particularly given he didn’t have the books and records.

“I’m sure Ms Slocum as a professional you appreciate that we all like to be paid for our work,” Wallace-Smith said without demonstrable irony.

He told his interrogator that his immediate predecessor on Last Lap from 1996 to 2005 was William Buck Melbourne’s managing partner Ian Lee.

He said he visited Lee around December 2004 but his recollection extended only to the point of remembering that Lee wanted to retire from the William Buck partnership and that he had no Last Lap books and records to bequeath to his successor.

“When you were appointed did you ask Deloitte Tax Services for any books and records,” Slocum asked.

“No, because I knew Mr Lee had no books and records of the company,” Wallace-Smith replied.

Based on what Wallace-Smith told the court yesterday it would seem that he and his joint and several on the file Tim Norman (who’s already been examined) had very little to go on other than a declaration of solvency produced in 1992 when Last Lap first entered MVL.

Ultimately however the urge to retire from the appointment also seized Wallace-Smith and Norman, an urge likely precipitated by assessments issued by the Commissioner of Taxation (CoT) that if not successfully challenged would render Last Lap insolvent.

Slocum juxtaposed the tax assessments with evidence of deeds of forgiveness and assignment which the court heard had the effect of allowing various subsidiaries of the tax consolidated group of which Last Lap was parent to avoid having to repay those debts.

“If Last Lap had an indemnity against a subsidiary why wouldn’t you issue a demand? You don’t need funds to do that,” Slocum asked.

“I had come to the conclusion that Last Lap was insolvent and my energies were focussed on getting an alternative liquidator so I could call a meeting of creditors,” Wallace-Smith replied.

Slocum concluded her questioning a little before the end of the day and one gets the feeling that Secatore’s investigations have a long way to run.