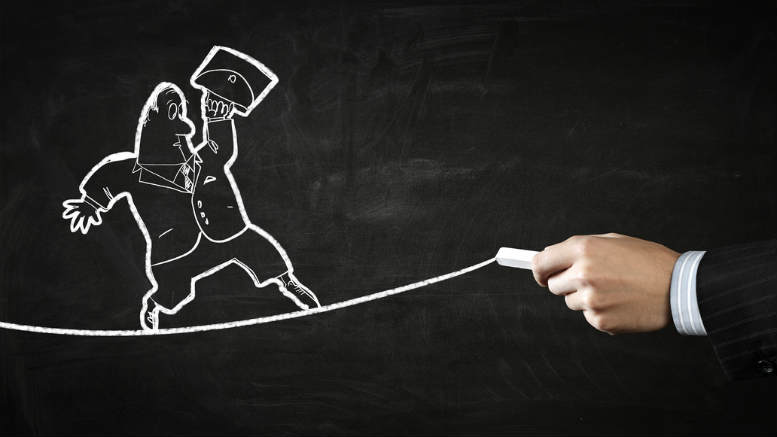 Don’t you love this initiative by the regulators to make registered practitioners responsible if a disgraced ex-trustee or liquidator weedles their way back into the game?

The thought occurred to INO following Wednesday’s announcement by ASIC in regards to David John Leigh, the former PPB Advisory partner who misappropriated $800,000 from a liquidation account between July and November in 2017.

The committee convened to determine if Leigh should remain registered as a liquidator concluded on February 22, 2019 that Leigh’s registration should be cancelled.

No surprises there. In interviews with ASIC officers in March 2018 Leigh admitted falsifying emails from a secured creditor and then instructing a graduate accountant in PPB’s Brisbane office to effect the transfers that saw money paid into his account.

According to the Committee’s published reasons, when asked why, Leigh attributed his actions to “.. financial pressures, personal issues and business issues”.

That response ensures that speculation will continue as to how a partner in a national insolvency practice cannot earn sufficient income to avoid the kind of financial pressures that compel said partner to steal.

But the sanctions applied to Leigh by AFSA and now ASIC should be of concern to all because of what they say about the mindsets, and the capacities, of the profession’s regulators.

In addition to having his liquidator’s registration cancelled the committee also decided that “Under s 40-55(1)(g) a condition should be imposed on all registered liquidators that they must not allow Mr Leigh to carry out any of the functions or duties, or exercise any of the powers, of a registered liquidator on their behalf (whether as employee, agent, consultant or otherwise) for a period of eight years commencing on the date that this decision is made.”

If this sounds familiar it’s because a Committee convened to determine whether or not Leigh’s registration as a trustee in bankruptcy should be cancelled imposed an almost identical obligation on registered trustees, though it was for a period of 10 years.

Obviously on one level the condition would seem superfluous. Who’s going to employ or sub-contract work to a self-confessed fraudster?

But the other aspect of this is that the two statutory bodies empowered to regulate insolvency are apparently unable to effectively police their beats without deputising their respective regulated populations to do much of it for them.

This has long been the case in terms of liquidators reporting suspected director misconduct to ASIC.

Now trustees and liquidator must monitor the area of recruitment, adding yet another layer of compliance to their existing “gatekeeper” role.

It obviously makes sense on one level. Who is better placed to identify potential problems.

But it begs the question: If a statutory authority must outsource much of its monitoring and even certain enforcement efforts to those it’s responsible for regulating, how effective can those authorities really be, and how can the public have faith that those regulators have the political will and the resources to discharge their obligations?