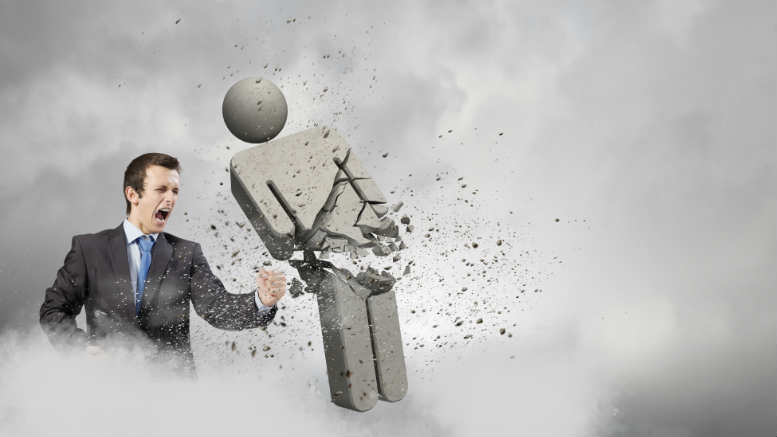 Unorthodox circumstances around an invalid appointment will likely hit this liquidator hard.

Friday drinks might have been a sombre affair for Domenic Calabretta last week after acting justice Reg Barrett of the NSW Supreme Court ordered the Mackay Goodwin principal to pay half the costs that the new board of Condor Blanco Mines incurred having Calabretta’s appointment as voluntary administrator of the ASX-listed entity declared void.

Sources in the legal profession estimate Calabretta’s hip pocket will take a minimum $100,000 hit. Some even surmised that with Condor Blanco engaging two barristers to slave over the complexities of what constitutes validity in circumstances of irregularity, the man who left Hall Chadwick in 2013 to start out on his own might be looking at $150,000. Calabretta did not respond to a request for comment.

Earlier chronicling of this matter can be found at: Condor And Calabretta Sparring Over Costs. Last week’s judgment effectively concludes the matter unless Calabretta decides to appeal, a question his lawyer Thomas Russell of Piper Alderman said had not been considered at this stage.

Effectively the judge found that Calabretta had shifted from the position of neutrality he should’ve adopted as an officer of the court facing questions about the validity of his appointment. Further, that shift had hindered the progress of Condor’s challenge, leading it to incur unnecessary costs.

“In the absence of his uncooperative conduct, the litigation would necessarily have proceeded more smoothly and efficiently,” the judge said. “Condor’s submission is that Mr Calabretta should be order to pay one-half of Condor’s costs. That, in the circumstances, is a just outcome.”

Further souring any sorrow drowner he might’ve imbibed as the implications of a personal costs order sank in was the bald reality that he had contributed to the outcome. After initially adopting a neutral stance to the Condor board’s challenge, he subsequently warned director Joshua Farquhar and Condor Blanco’s lawyer Mark Wilson he might pursue them personally for his own costs if a court subsequently ruled that he had been validly appointed.

“He thereby distorted the process in which he had originally said he would cooperate,” the judge said. “He adopted an unambiguously adversarial stance,” and “There was, in that respect, a clear and grave desertion of the position of essential neutrality that it was Mr Calabretta’s duty to adhere.”

The fact the judge found on several points that Condor had not made a case might provide some comfort. For one thing, the judge rejected Condor’s submission that Calabretta should have secured an indemnity from Condor’s former directors.

“Condor maintains that Mr Calabretta’s conduct was deficient because he did not seek from either or both of Mr Darby and Mr Stops (Condor’s previous directors) indemnity that might have caused him to be in funds so that he could have pursued his own application to the court rather than leaving it to Condor to do so,” the judge said.

“I am not satisfied that Mr Calabretta acted inappropriately in that respect. It would be dangerous to postulate some kind of duty for a practitioner contemplating acceptance of appointment as voluntary administrator to seek indemnity from anyone. There is no statutory or other warrant for any such gloss.”

Nor did acting justice Barrett agree with the argument that by making his own application for an order compelling Condor to pay his costs, Calabretta departed from the stated position of neutrality.

” …. it was in no sense improper for the person who had been found not to be duly appointed as voluntary administrator to submit that the costs incurred by him in the proceedings which produced that outcome should be paid out of the assets of the company of which he had thought himself to be the administrator,” the judge said.

These concessions of course will be small comfort to a liquidator facing a very stiff pecuniary impost for what look like significant lapses in judgment. Perhaps Calabretta’s radar needs recalibrating.

Be the first to comment on "Calabretta cops costs order"