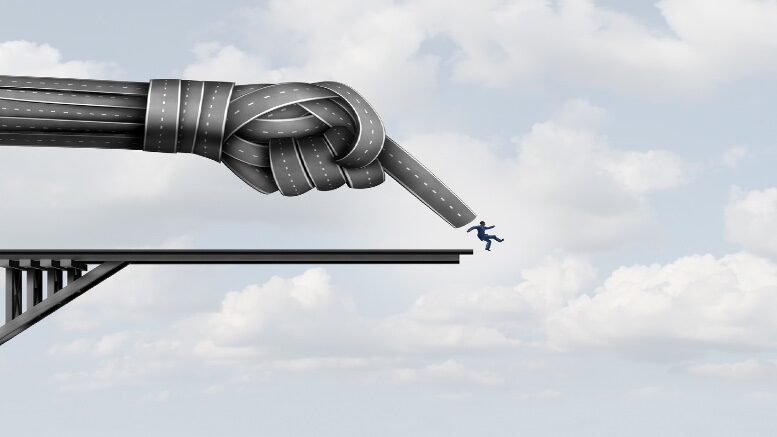 When bankrupts are elderly and rely on their accountant son to respond to inquiries from their trustee, there’s always the chance for things to go awry.

When that son has previously been found by a judge of the Supreme court of Victoria to have falsified bank statements; deliberately flouted court orders and deliberately given false evidence you know that it’s an appointment that might come with more than the usual degree of risk attached.

In Break Fast Investments Pty Ltd v Sampson (Trustee), in the matter of Voukidis [2022] FedCFamC2G 516 the trustee in question, BPS Recovery partner Dave Sampson, had the unenviable task of making sense of a complex and lengthy history of litigation preceding the filing of a debtors petition and statement of affairs by Peter Voukidis and Kathy Voukidis on July 20, 2021.

It should be noted that that litigation involved various creditors who’ve been in business with the bankrupts’ son in the past, have fallen out with the son and who in the case of Break Fast Investments, the applicant in the trustee replacement proceedings, still occupy the company’s share register with the bankrupts’ son.

Sampson told iNO that he had no issue handing the file to someone else but disagreement among creditors impeded the passage of the necessary resolution.

“I’m happy that a judge made the order to transfer the file to another trustee,” Sampson said.

The problem was that some creditors wanted him out and some didn’t. Most relevantly, Sampson’s referrer, a secured creditor and the bankrupt’s son were vehemently opposed to a replacement being installed by a rival unsecured creditor.

The couple filed their bankruptcy petition after being served with bankruptcy notices by Break Fast in respect of two costs judgments. When those notices weren’t complied with Break Fast issued a creditors petition and then applied for asset freezing orders.

It was around this point that accountant and son of the debtors Christos Voukidis asked Sampson if he’d take the appointment.

Sampson told iNO that before consenting to act, his referrer filled him in on the competing interests among creditors.

Unsurprisingly, Break Fast director and shareholder Greg Taylor had an issue with Sampson. One, he was Christos Voukidis’ nominee and Taylor and Voukidis were not seeing eye to eye.

Two, after conducting a thorough investigation Sampson told the creditors it was unlikely that a dividend would accrue to unsecureds because the secureds – AMP and Voukidis Holdings Pty Ltd – have a priority over the assets of the estate.

Voukidis Holdings is ultimately controlled by Voukidis Management whose sole shareholder and sole director is, according to ASIC records, Christos Voukidis. Taylor wasn’t going to cop that.

According to Federal Circuit court judge Anthony Kelly Voukidis Management is said to be owed $1,830,000 pursuant to an unregistered mortgage and loan agreement dated 31 March 2021.

Sampson said that he had had the controversial agreement critically assessed and believed it could not be overturned, though he invited creditors to fund an opinion from counsel. None did.

But Break Fast director and shareholder Greg Taylor wasn’t letting go. He wanted Sampson to transfer the file to a replacement trustee and obtained a consent from Scott Pascoe, who was at PwC but probably in mid-preparation for his move to WLP Restructuring.

Pascoe put his mate and fellow trustee Andrew Scott on the ticket because at that point he didn’t want too many more appointments.

Efforts to transfer the file however were stymied by the warring creditors, including at a meeting Sampson was happy to convene for that purpose. So Taylor applied to the court and got his way last month with Pascoe appointed trustee.

Be the first to comment on "Trustee replaced as creditors war"