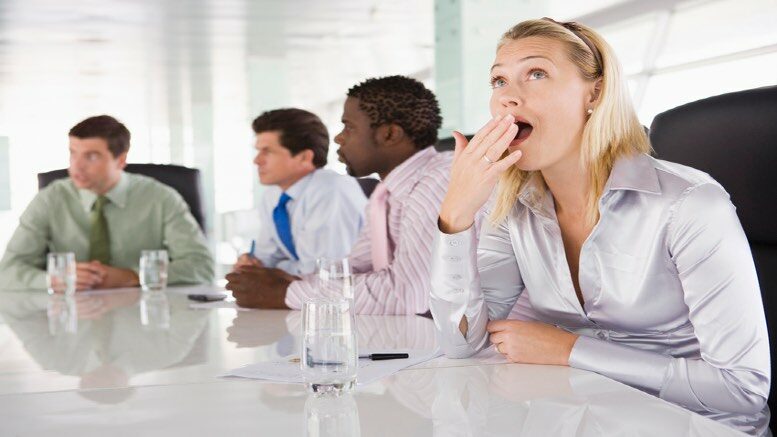 Eight months after a disciplinary committee was convened to determine what punishment if any should be meted out to liquidator Nicholas Crouch the committee has spoken, faintly and inaudibly as it turns out.

This is no draconian impost. No rack and ruin. Nor is it an example of a decision being reached in 60 days, as the legislation encourages disciplinary committees convened under schedule 2 of the Corporations Act to do.

“The Committee is mindful too that while ASIC has raised four concerns regarding Mr Crouch’s conduct, each of the concerns relates to the same external administration and there is no material before the committee to suggest that Mr Crouch’s conduct in relation to ATG is reflective of systematic misconduct.” Christine Croft, Jason Porter and Steve Parbery.

The committee comprising ASIC delegate and chairwoman Christine Croft, ARITA delegate and SV Partners’ Jason Porter and ministerial delegate Steve Parbery has found that Crouch’s liquidator’s registration should remain intact but that he should be barred from accepting any new appointments until December 31, 2022.

Given that in its show cause notice ASIC demanded that the CrouchAmirbeaggi principal justify why his registration shouldn’t be cancelled, a penalty that gives him some breathing space during which he can catch up on his few remaining appointments might not be considered unduly harsh.

It’s hardly all hear, tremble and obey. Apart from a breather on the bench the committee decreed only that its reprimand of Crouch be published on the ASIC website which you can view here: https://download.asic.gov.au/media/23tfmfyl/20220624-committee-report-and-decision-nicholas-crouch.pdf. All see, yawn and ignore.

After being issued a show cause notice in January 2021 Crouch was referred and a committee convened on November 11, 2021.

The show cause related to Crouch’s brief involvement with Australian Tailings Group (ATG). He was appointed voluntary administrator (VA) of the company on April 6, 2020.

In the fortnight preceding that appointment Crouch had been engaged by ATG’s sole director John Hillam to produce a solvency report which was intended to back an application to have winding up proceedings brought by two ATG creditors adjourned.

The solvency report was never completed but shortly before he was appointed VA Crouch contacted the petitioning creditors by phone in a bid to negotiate a settlement that would see them withdraw.

That bid was unsuccessful and Crouch was subsequently appointed VA. Three days later on April 9 the winding up application was heard. As a result ATG was wound up and Heard Phillips Lieberenz director Mark Lieberenz was appointed liquidator.

ASIC’s show cause notice focussed on four conduct concerns it believed showed that Crouch had fallen short of the acceptable standard both in respect of his pre-appointment activities and in regard to alleged failures after his appointment had ended.

In respect of concern 1 the committee found that there was no actual conflict and in its reasons appears to take on board Crouch’s explanation that he was motivated by the view that a deed of company arrangement (DoCA) was the only way unsecured creditors had a hope of 100 cents in the dollar, whereas liquidation would result in zero dividend.

That said the committee did find that by contacting the petitioning creditors Crouch had created the potential for a perception of a conflict to arise and that was something that a prudent and reasonably competent liquidator would avoid.

Concerns 2 and 3 related to a failure to lodge an administration return within one month after the end of his appointment and his failure to deliver books and records in his possession to Lieberenz by April 27, 2020.

While these contraventions were proven the reasons for them were not viewed as particularly serious.

Concern 4 related to Crouch’s failure to comply with section 70-30 and 530B of the Corporations Act.

“ASIC contended that following Mr Crouch’s replacement as external administrator he appeared to be under the impression that, as the former administrator, he needs to reach an agreement with the director of ATG in order to comply with obligation to deliver books and records to the liquidator,” the committee said in its reasons.

In its referral to the committee ASIC said that emails between Hillman and Crouch suggested that Crouch allowed the director to exert influence on him in relation to his statutory obligations to provide books to the liquidator.

Further, ASIC said the emails suggest Crouch was more interested in reaching an agreement with the director in respect of his unapproved remuneration. Crouch rejected that claim.

“To the contrary, he made it clear to the director of ATG that he was required to provide ATG’s books and records to the liquidator,” the committee said.

“Accordingly, Mr Crouch submitted, insofar as his correspondence with the liquidator suggested he was seeking an agreement with the director, any such agreement (which was ultimately not reached) was not for the purposes of seeking the director’s agreement to (sic) the provision of books and records to the liquidator, but rather to seek to avoid any litigation,” the committee saId.

None of this essential detail however was made publicly available by the committee, which for reasons unknown chose not to issue a directive to ASIC under sections 40-55(1)(H) of Schedule two of the Insolvency Practice Rules to publish them.

So much for transparency and good governance. Or consistency for that matter given that the committee convened to rule on the punishment for ex-PPB partner David Leigh published its reasons in a detailed, 10 page explainer which you can view here: https://download.asic.gov.au/media/5058005/20190222-mr-david-john-leigh-report-of-decision-and-reasons-for-decision.pdf.

At the time committee members Stewart Maiden QC, Kelly Trenfield and Graeme Plath clearly felt it was important that their reasons be made publicly available and directed ASIC to publish them.

Having seen the committee’s reasons iNO can report that there is little in the nine pages to indicate why the committee chose not to issue ASIC with the directive to publish.

Given an ASIC delegate always chairs these committees, ASIC response to iNO’s inquiries that it cannot publish reasons without a directive from the committee highlights the conflict inherent in the underpinning legislation.

ASIC told iNO it “has published the material it was directed to publish by the committee” and “We have not been given any direction to publish any further reasons”.

At the heart of this matter is the vexed issue of independence, though if lawyers acting for a company that owns a commercial television station hire a hire profile RegLiq to undertake a cool million dollars in pre-appointment work before then appointing him voluntary administrator it’s not in ASIC’s view vexed at all. As you were Mr Korda.