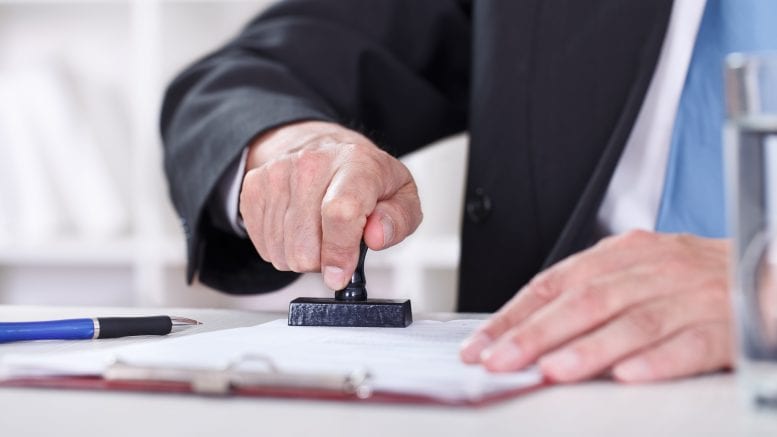 PPB partner accused of using a fountain pen as a rubber stamp. 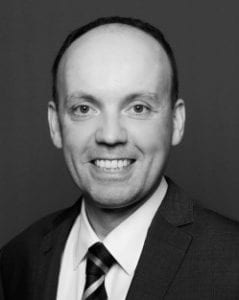 PPB’s Simon Theobald: accused of signing letters without familiarising himself with their contents.

As was reported earlier this week, PPB partner Simon Theobald was having a devil of time on Monday morning. There he was in the witness box of the Supreme Court of Victoria, unable to recall much about about a veritable welter of internal and external communications sent or received during his tenure as one of three PPB partners appointed as receivers to Burrup Fertilisers Group (BFG). Regrettably, his capacity to recall was not much restored post lunch.

As the afternoon session commenced he was questioned about a document titled: Burrup Holdings suggested course of action, the first paragraph stating: “In the meeting held in Dubai on 4 and 5 March a course of action was agreed between Yara, ANZ and PPB Advisory”.

“Do you see that?” Tony Bannon QC asked.

Bannon: “So your evidence is, so far as you were concerned, you weren’t a party to any such agreement?

Theobald: “I don’t recall being a party to any such agreement.”

Recall. It’s amazing how elusive this capacity becomes when it’s called upon in the context of a court hearing and monster litigation. And Theobald’s torrid time last Monday is part of truly mammoth litigation being waged by the ANZ bank and Indian billionaires Pankaj and Radhika Oswal.

The Oswals allege that after being appointed receivers of Burrup Fertliser Group in 2010 by ANZ, PPB sold their 65 per cent stake in the company controlling the Burrup ammonia plant too cheaply.

They also allege ANZ conspired with the plant’s gas supplier Apache Energy and Burrup’s other shareholder Norway’s Yara in regards to the sale, claims denied by those parties. ANZ meanwhile alleges that the couple used Burrup cash to splurge on lifestyle and bankroll Radhika’s vegan restaurant business, claims which they also deny.

After being quizzed on the Dubai meeting, Theobald was taken to documents relating to litigation Apache had commenced against Burrup over a gas supply agreement (GSA) that Apache regarded as too favourable to its customer. It was a rare instance of Theobald agreeing when asked if he remembered something.

Bannon: Do you recall that one of the issues of uncertainty for potential bidders was the GSA litigation?

Bannon: Do you recall giving consideration as to whether or not bidders should be given access to legal opinions as to Fertilisers’ prospects in that litigation?

Theobald: “No, I don’t recall giving that consideration.

Bannon: “Is that something which others were looking at within the receivers, or you weren’t even aware of that?

Theobald: “I’ve got a vague recollection of it being discussed, but specifically, no.

Next Theobald was taken to a letter signed by him on March 9, 2011.  The contents comprised a rejection of an offer made by Apache in relation to the GSA litigation. Theobald told the court he didn’t recall the specifics of the Apache offer being rejected in the letter he signed. It was addressed to Apache’s then chief executive Stephen Farris.

Bannon: “You certainly knew what the offer rejected, may we take it, at the time, even if you don’t remember it now?

Theobald: “I don’t recall the specific offer, no.”

Bannon: “You’d expect that you would have been aware of the offer at the time you signed the letter, which is referred to in the first paragraph of the letter?

Theobald: “I was aware that there were discussions being held with Apache, but I’m not aware of – I don’t recall being aware of the specific offer being referred to in this letter.”

“As somebody who signed this letter which has the first paragraph in it, may we take it that it is likely that at the time you signed the letter, you at least asked to look at the offer to satisfy yourself as to what it was you were rejecting?

Theobald: “I don’t recall asking to look at the offer itself.”

Theobald then offered by way of an alternative the likelihood that he would’ve discussed the contents of his rejection letter with PPB partner Jeff Herbert, who may have been its author.

Bannon: “You must have appreciated that it was an offer made to Fertilisers by Apache, being a gas supplier to Fertilisers; that’s right?

Theobald: “I don’t specifically recall being aware of – but reading this, it looks clear that an offer has been made.

Theobald: “I don’t recall discussing this matter in detail with Jeff. As I said earlier, it is likely we had a discussion at a high level about the rejection of the offer, but Jeff was working on this aspect of the receivership with others; not with me.”

Theobald: “I was not involved in drafting this particular letter.

Bannon: “So was it misleading to suggest to Mr Farris that you were one of the people who had a deep disappointment?

Bannon: Was it misleading to suggest to Mr Farris that, so far as you were concerned, the offer failed to provide even a reasonable basis on which negotiations can begin? Is that misleading?

Bannon: “Why not? It is your letter?

Theobald: “It’s not a letter that I was involved in drafting. As I said, this is an aspect of this matter that, again…”

Bannon: “I don’t want to be rude, Mr Theobald. I’ve been accused of it in the past. Presumably you took your function as a receiver and have risen through the ranks of insolvency practitioners by being more than simply a fountain pen which signs letters.”

And so it went, on and on until the day concluded and Theobald retired, his time on the grill in the Victorian proceedings likely over but with plenty of anxiety to come given how much further this matter has to run and given that the outcome of Federal Court Justice Antony Siopis’ judicial review into the receivers’ conduct on Burrup is still pending.