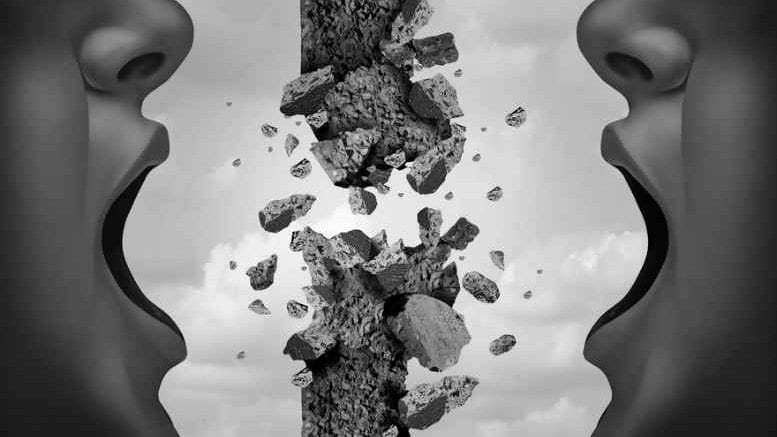 Welcome to The Opinionator, a new addition to the insolvency-focussed coverage featured by Insolvency News Online. Whether you have a point to propound or a spleen to vent, The Opinionator awaits your ire, your dudgeon, your debate and your discord. Contact [email protected] for details.

Discipline of external administrators arises under the general supervision of the court under subdivision B of Division 90 of the Insolvency Practice Schedule (Corporations), the review process contemplated by Subdivision C, the ability of creditors to remove a liquidator under Subdivision D, or alternatively via a referral to a Committee by ASIC under s. 40-45.

This principle stands in terms of the Corporations Act 2001 and the perception that there is relevant propriety on the part of external administrators to demonstrate an absence of conflict of interest and duty and an avoidance of breaches of fiduciary obligations on the part of those external administrators, they being for relevant purposes “officers” of the particular corporation.

1. As Lord Hewart CJ famously declared, in R v Sussex Magistrates, Ex p McCarthy [1924] KB 256,259, “… it is not nearly of some importance but is of fundamental importance that justice should not only be done, but should manifestly and undoubtedly be seen to be done”. That was in the context of an appearance of bias, but the principle is of broader application. With only a few exceptions, our courts sit in public, not only that justice be done but that justice may be seen to be done. But whereas in the olden days civil proceedings were dominated by the spoken word – oral evidence and oral argument, followed by an oral judgement, which anyone in the court room could hear, these days civil proceedings generate a great deal of written material – statements of case, witness statements, and the documents exhibited to them, documents disclosed by each party, skeleton arguments and written submissions, leading eventually to a written judgement. It is standard practice to collect all the written material which is likely to be relevant in a hearing into a “bundle” – which may range from a single ring binder to many, many volumes of lever arch files. Increasingly, these bundles may be digitalised and presented electronically, either instead of or as well as in hard copy.”

Quite obviously, the statement referred to above relates to the conduct of court proceedings and regularly one sees applications made for access to documents that have been filed by parties in court proceedings where it is in the “public interest” for that access to be given.

The same does not appear to be the case in respect of proceedings before the Committee where, following the giving of a “show-cause notice”: s. 40-40, the power is given to the ASIC to convene a committee to make a decision as contemplated by s. 40-55: s. 40-45.

It does not appear to be contemplated that such a “proceeding” will be in public – something that in many respects does not give effect to full, prompt and efficient conduct of disciplinary proceedings.

It must be remembered that before exercising the discretion to refer, ASIC has formed a view as to the conduct of the liquidator in circumstances of there either having been no response or a response which does not otherwise satisfy ASIC and enable the ASIC to exercise other powers that it might have in relation to the liquidator, to refer the matter in a similar fashion as contemplated by Court proceedings to the committee.

The power to take into account other materials or evidence by the committee would seem to suggest that it is able to take into account the views of relevant “stakeholders” in the particular administration that might be the subject of the referral by ASIC, the regulator having in fulfilment of its duties formed a view that it is appropriate to make that referral for so-called independent review.

The role in that situation for the committee is intended to be totally independent from ASIC in a manner not unlike the independence of the judiciary.

It is presently early days in the existence of the committee and and the necessary and essential corporate sense and jealous maintenance of independence of the judiciary as applying to the committee is not yet known.

It is well-known that the ASIC is under resourced as the primary regulatory gatekeeper for the proper administration of, for relevant purposes, the corporate insolvency regime within Australia, relying as it does on the next level of gatekeeper namely practicing liquidators.

As a consequence of the economies of many administrations and the recently introduced fee structures imposed following upon the commencement of the Insolvency Law Reform Act 2016, liquidators in the fulfilment of their duties as external administrators are continually under enormous cost pressures.

Further, liquidators appear not to be required, except to a relatively small extent, to fully carry into effect their powers conferred under the Corporations Act 2001 being required to act in a cost efficient and commercial manner.

That gives rise to the continual issue of disclosure by reference to the DIRRI conflict of interest and duty, and the hoary chestnut of breach of duty both at statutory and at general law arising from the position of a liquidator acting as an external administrator by reason of his or her position as an “officer” in terms of the Corporations Act 2001.

There can be no doubt that these fiduciary obligations exist. In John Alexander’s Clubs Pty Limited v White City Tennis Club Limited (2010) 241 CLR 1; [2010] HCA 19 at [87], a unanimous High Court identified the “critical feature” of fiduciary relationships as being that:

When considered in the circumstances of the competing interests and lack of available funds, coupled with the essential public policy nature of integrity of the role of a liquidator in the insolvency scheme, it is surprising that there is not more appropriate disclosure of circumstances giving rise to a referral to the committee upon such a referral occurring.

This would enable the stakeholders, creditors or the public at large where conduct may be regarded as endemic on the part of a liquidator, to be disclosed and to enable in appropriate circumstances third parties whose interests are able to be taken into account by a committee to disclose any independent concerns not otherwise known.

As a matter of maintaining the integrity of the insolvency profession it would be appropriate that following a referral to the committee that that  referral ought be disclosed, together with the essential issues raised by reason of the conduct giving rise to the referral, ASIC having already formed the relevant view.

The countervailing view of course is that until there has been a relevant disciplinary decision by the committee the circumstances giving rise to the referral to the committee ought to remain confidential.

The difficulty with this is that in matters giving rise to the amendments the delay and lack of transparency of the consideration of sometimes serious conduct on the part of a liquidator brought the insolvency profession into substantial disrepute.

This of course brings into question the vast majority of liquidators working in an ever increasing regulatory and cost restrictive environment who act totally in accordance with their obligations at law both towards the stakeholders and in respect of the public policy role of investigating examinable affairs of a corporation under their control.

It is not intended by this note to give rise to any question as to the integrity and independence of members of the committee drawn upon from time to time to exercise a disciplinary function.

The intention of this note is to raise fairly and squarely the need for there to be transparency in the conduct of disciplinary proceedings so that the committee can deal with those justly quickly and efficiently so as to avoid the very types of cases that gave rise to the fundamental change brought about by the Insolvency Law Reform Act 2016.

This Opinion is Copyright and must not be reproduced in any form without written permission of the author.

Be the first to comment on "The Opinionator – Discipline and Disclosure"