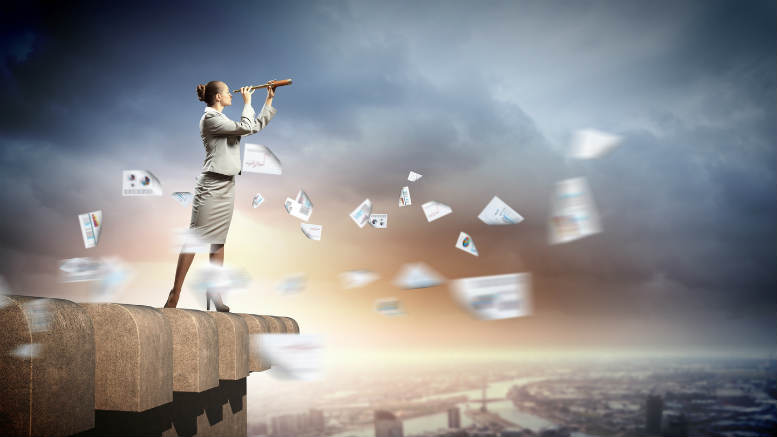 Hard on the heels of ex-Treasurer Peter Costello’s savaging of the corporate regulator comes INO’s own ASIC-induced fulmination, ignited by an erroneous response to a straight forward question about the proposed Reviewing Liquidators Panel (RLP).

As many INO readers will know, on Tuesday this week Thea Eszenyi from ASIC’s Insolvency Practitioners Stakeholder Team sent an email to registered liquidators advising that ASIC was establishing a Reviewing Liquidator Panel (RLP), something Eszenyi has already flagged to RLs in certain industry forums. (And as far INO knows, Eszenyi wasn’t responsible for the error).

Bankrolled out of the Assetless Administration Fund’s (AAF) beefed up budget, the RLP will comprise an anticipated 10 to 20 RLs who’ll be called upon by ASIC to undertake reviews of specific files of rivals when the regulator suspects something smells.

“This includes the conduct of the appointed external administrator where he/she appears to facilitate or has facilitated the activity through a lack of independence, or by not conducting adequate investigations and reporting both to creditors and ASIC.

All well and good. INO fired off questions. When will the Reviewing Liquidator Panel Grant Guidelines laying out eligibility and selection criteria be released? How were the criteria arrived at? Had the regulator consulted with the profession prior to the drafting of the guidelines? Did the criteria differ from those of the Abandoned Companies Panel?

Finally we asked on what date will the invitations to apply for a spot on the RLP go up on the Grant Connect website?

Little did INO know at the time we sent our questions that ASIC was only hours away from announcing that the Grant Connect website was ready to receive.

That notification came a little after 3pm, with Eszenyi advising in another email to her regulated population that: “The opportunity to apply for membership on the Reviewing Liquidator Panel is now advertised on the Grant Connect website.”

By the time the responses to our questions arrived at 4:59pm, INO had come up with another. Will reviewing liquidators be required to lodge a declaration of independence, relevant relationships and indemnities (DIRRI)?

ASIC didn’t appreciate being asked so late in the day and so that an incorrect impression is not conveyed, it wasn’t Eszenyi corresponding with IMO. (She doesn’t respond at all unless it’s impossible for her not to, and after this story maybe, not even then).

ASIC did however respond. And got it wrong.

“As it isn’t an appointment over the company as such, there is no requirement for a DIRRI,” ASIC said. “The reviewing liquidator is not a formal appointment which replaces the existing liquidator.

“It is an appointment to provide a report on the matters which ASIC requires to be reported on. The Reviewing Liquidator will be required to provide ASIC with confirmation they do not have any conflict of interest which would prohibit them from providing the report.”

While waiting for ASIC’s response however INO sought guidance elsewhere and was directed to the Insolvency Practice Rules (Corporations) 2016 and specifically Section 90‑18, being the Declaration of relevant relationships of proposed reviewing liquidator.

Okay, so it’s not a DIRRI because ASIC is providing the indemnity. But it is a DIRR and it still has to declare that the appointee has confirmed their independence and it still has to be lodged with ASIC and creditors, as per section 3 which states: “As soon as practicable after being appointed, a reviewing liquidator must give a copy of the declaration to as many of the company’s creditors as reasonably practicable“.

No mention from the statutory authority about the law requiring the reviewing liquidator’s DIRR to be provided to creditors. Just a bald assertion that “… there is no requirement for a DIRRI..” and that ” … the Reviewing Liquidator will be required to provide ASIC with confirmation they do not have any conflict of interest.”

It sounds like the regulator will determine whether a conflict arises only after it has chosen a reviewing liquidator from the panel and received the nominee’s DIRR.

ASIC told INO in response to our questions that it had not consulted with the profession in relation to formulating the panel’s eligibility and selection criteria but the detail can be found in the Reviewing Liquidator Panel Guidelines released yesterday.

According to the regulator, the establishment of a panel of between 10 and 20 liquidators who will investigate other liquidators is to “address industry concerns about the activities of unregulated pre-insolvency advisers”.

ASIC anticipates that the grants will range from between $20,000 to $100,000, funding for which will come from $3.1 million in additional resources to be injected into the AAF over three years, beginning July 1, 2018.

The big question is whether there’ll be funding to follow through? If a reviewing liquidator uncovers genuine misconduct by another RL, where will the money come from to ensure that an appropriate penalty or sanction is imposed?

Most liquidators have experience accessing the AAF for $8000 to produce a Supplementary Report outlining the author’s suspicion in relation to potential contraventions of the Corporations Act by directors. Most liquidators are also familiar with ASIC’s general reluctance to take action based on the information provided in those supplementary reports.

More often than not the RL produces the report, gets paid and that’s the end of it unless he or she can obtain funding elsewhere. Anecdotal evidence from the profession suggests that in most cases the directors avoid a penalty. Will RPL reports go on to generate a similar measure of inaction?

There’s also more than a whiff of political expediency around the RLP initiative, which purports to bankroll good liquidators to scrutinise malefactors for evidence of phoenix facilitation.

Federal Finance Minister Kelly O’Dwyer has railed against the predations of illegal phoenixers and their accomplices, pointing to a hole in the economy which – like some mysterious and recently discovered galactic phenomenon whose precise nature and dimensions elude understanding – could be as large as $5 billion a year but might be a lot less.

Yet the RLP increases the regulator’s focus on the same gatekeepers it pays to produce often ignored reports about director misconduct. Will the RLP endure?

It might take only a new government with close links to the unions controlling the phoenix-infested construction and building industries for the RLP initiative and the funding underwriting it to be rebadged. Something along the lines of R.I.P we suspect.