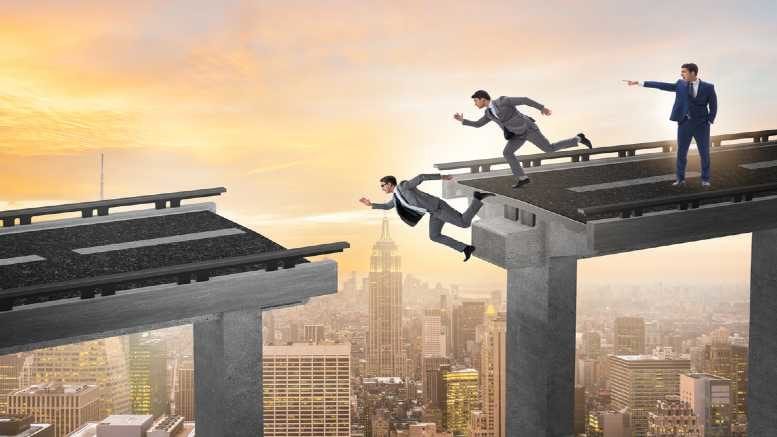 Victorian practitioner Ben Verney is clinging tenaciously to the administration of Icon Constructions (NSW) Pty Ltd but decisions he made in respect of proofs of debt at the first meeting could see him stripped of the appointment before the year is ended.

Lawyers for Owners Corporations (OCs), developers and unit owners claiming for building defects – this is after all the Icon group responsible for Sydney’s Opal Tower – arrived at the meeting determined to remove Verney and install O’Brien Palmer’s Chris Palmer and Liam Bailey as replacement administrators.

iNO understands that that intent was based on the view that Verney was the director’s pick and the small Victorian insolvency boutique he runs with Andrew Beck might not be suited to deal with a construction firm north of the border with few assets and creditors claiming in excess of $30 million.

Verney admitted proofs of debt from the so-called “defect creditors” for $1.00 each, eliciting strong objections from their legal representatives.

According to the meeting minutes Daniel Russell of Chambers Russell Lawyers and Michael O’Neill of O’Neill Partners remonstrated with Verney in regards to the decision but the VA, who was being advised by Angela Smith of SLF Lawyers, stuck to his guns.

Nor was that the only decision that provoked the defectives.

As a consequence of those decisions the resolution to remove him and appoint Palmer and Bailey as replacement administrators was defeated.

So O’Neill’s clients commenced proceedings in the NSW Supreme Court on November 27 seeking a review of Verney’s adjudication of the various proofs of debt and an order that the defeated replacement resolution be regarded as having passed.

Then in a supplementary report to creditors dated December 7 Verney advised creditors: ” … after seeking further clarification from my solicitors, I will not be admitting the Social Club Creditors for voting purposes at the Second Meeting.”

At the second meeting on December 9 the defect creditors returned seeking to resolve the company be wound up and Palmer and Bailey appointed liquidators.

Verney however revealed that he’d admitted proofs of debt from two new creditors – one connected to the Hillsong Church – for $801,000 each.

Whilst the defect creditors had the numbers they didn’t have the value and the vote to remove the VA was deadlocked.

Declining to use his chairman’s casting vote Verney instead adjourned the meeting.

That adjournment however may not last beyond next week when the application for an order that the resolution to remove Verney as administrator and replace him with Palmer and Bailey be taken to have passed is heard before Justice Ashley Black.

Last Monday Verney’s counsel Michelle Castle told the court her client wanted to be heard and wanted to put on formal evidence with a view to having the matter heard in early February.

“Does your client intend to accumulate costs for which he will seek an indemnity from the assets of the company?” his honour inquired.

Castle replied that this was not her client’s intention but her assurances that Verney would not undertake any work on the administration other than to respond to the various legal proceedings underway failed to satisfy the judge, who seemed unwilling to allow the matter to remain unresolved until February, even if an earlier hearing meant Verney’s solicitor would be unavailable earlier because they were camping.

Verney told iNO he was restricted in what he could say given the replacement resolution hearing is only one of several matters in respect of the company currently before the courts.

Justice Black set down the matter to be heard on Tuesday, December 29 and iNO will bring you the colour and the outcome when we return in January. Support INO’s continued chronicling of the insolvency sector.