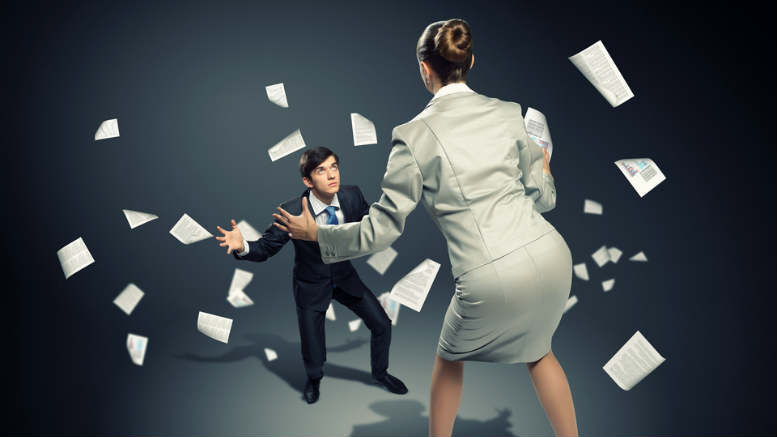 Anonymous letters circulating, union cages rattling, staff seeing shrinks, experienced operators ousted and underlings elevated – just another day for the Melbourne branch of the ATO’s Significant Debt Management (SDM) Division it seems as INO uncorks this bottler of a yarn, the first sip of which blends the curious departure of SDM Director Aris Zafiriou with the seeming pre-eminence of Pitcher Partners‘ Melbourne in all things ATO.

As we reported in ATO Inquisitor Defects To Private Sector, after his departure in May Zafiriou followed colleague and former ATO Deputy Commissioner Michael Cranston to Waterhouse Legal.

Zafiriou’s place at SDM was filled by his protege Kathleen Chau. Some sources claim that since the experienced Zafiriou left Chau has become overly reliant on the advice of Chris Parissis, a Pitcher Partners manager seconded to SDM Melbourne in April.

In a sign though of the turmoil within the division – and the ATO has recently brought in psychologists to independently listen to SDM staff’s as yet unresolved complaints about bullying and harassment – Chau also has her supporters.

They say she is sufficiently skilled in insolvency to independently manage the responsibilities previously discharged by Zafiriou.

It is these responsibilities though which might give Pitchers’ rivals something to think about.

Chief among them is reviewing indemnity funding applications with a view to either approving or declining requests made by insolvency practitioners.

Then there’s the equally ticklish question of how much influence Pitchers’ secondee might have on decisions made by ATO officers attending creditors meetings when it comes to voting for or against a resolution seeking remuneration approval.

Parissis is supposed to provide only general advice to Chau and given Pitchers’, Chau’s and the ATO’s refusal to answer direct questions on the topic it must be assumed that this is the case.

It certainly wouldn’t do, as some sources have alleged, for Parissis to be pressured into reviewing funding applications with a view to helping Chau decide whether or not to endorse the requests, which are often from practitioners with whom Pitchers competes.

Nor would it be appropriate for SDM Melbourne management to seek from secondees opinions about the quality or otherwise of a particular liquidator or trustee in bankruptcy, as has also been alleged.

Parissis is bound by the Commissioner of Taxation’s (CoT’s) CEO’s instructions in relation to conflict and rightly exempts himself from any decisions involving Pitchers, but in a sign of how close the firm is to the ATO, his secondment also represents the second consecutive recruitment by SDM Melbourne from Pitchers in less than 12 months.

Why a different insolvency firm wasn’t tapped for a secondee after Crispino’s stint is uncertain. These gigs are usually put out to tender so it may be that Pitchers was the only one to put its hand up.

Whatever the reason it supports a perception that the Pitchers Melbourne practice and SDM Melbourne are right old chums, particularly when considered in light of the very substantial funding the ATO is providing to Pitchers Melbourne’s Gess Rambaldi and Andrew Yeo to investigate and wind up the A&S Services Group, which is linked to an alleged $100 million illegal phoenix and tax evasion scam.

We asked Pitchers to comment on specific questions about whether SDM Melbourne management is overly reliant on its secondees.

The firm refused to address the questions, instead issuing a generalised response via a PR firm.

“It is a well-established and common practice for reputable professional services firms to participate with the ATO in a secondment program.

“These secondment programs represent an opportunity to gain shared understanding and improve industry practices, and Pitcher Partners supports this approach.”

The ATO’s response was similarly evasive.

“Our secondment framework is designed to improve connections with other organisations as recommended in the APSC Capability Review report,” the ATO said.

“The program is strengthening our relationships with private organisations, enhancing our understanding of commercial environments and developing our business acumen.

“Secondments with the private sector are selected to improve the capability of our workforce and increase our commercial expertise.

“This approach develops our people capability and further strengthens our relationships and connectivity with business,” the ATO said.

Secondments are usually of either six or 12 months duration so Parrisis could be leaving SDM Melbourne as soon as October 2019.

Of course, that could be drawn forward if the complaints about bullying and harassment aren’t addressed. Parissis could end up on stress leave.

Australian Services Union (ASU) Taxation Officers’ Branch Secretary Jeff Lapidos told INO yesterday that while the problems had been acknowledged by ATO management they were not being solved due to “a lack of leadership, ineffective leadership and a leadership that has created the problems and does not know how to fix them.”

Lapidos confirmed the union was preparing to take further action.

In the meantime INO will keep its eye out to see if Pitcher Partners responds the next time SDM Melbourne tenders for a secondee. Please take a moment to support INO’s continued chronicling of the insolvency sector.