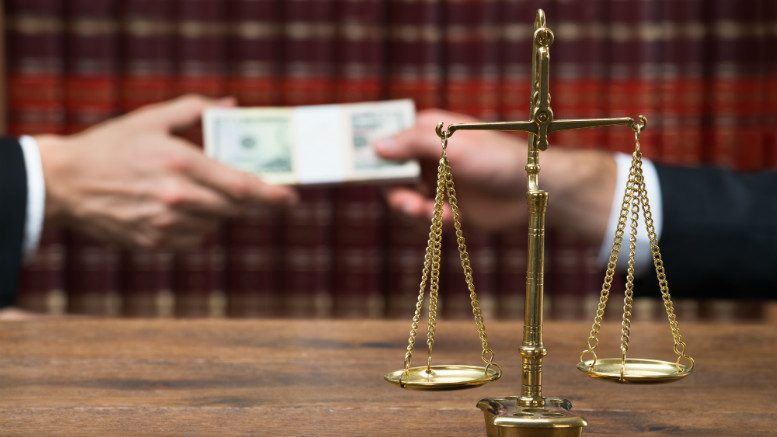 ANY insolvency that burns through five liquidators deserves special mention. When tens of millions of dollars – which might have been deployed beefing up creditor dividends – is instead spent pursuing a well-resourced, recalcitrant and foreign domiciled defendant, then the topic which so reliably provokes palpitations must be revisited.

Fees and expenses should be kept in the limelight. Like mushrooms, they flourish in the dark. PPB Advisory’s charges as receiver of Burrup Fertilisers – which became the focus of a judicial inquiry that wrapped up only last week – have again raised the question of whether creditors should focus more attention on liquidators’ decisions to fund complex litigation from the coffers of companies in their control.

While there is no suggestion that the criticisms that led to PPB’s expenses being scrutinised by Justice Antony Siopsis of the Federal Court apply in any way to the liquidators of failed property group MSF/Octaviar, there’s also no doubt that given the modest settlements that recently concluded hostilities between Octaviar and US hedge fund Fortress Credit Corporation, scrutiny is justified.

Those settlements saw all proceedings mounted by Octaviar’s liquidators against all Fortress subsidiaries dismissed by order of Queensland Supreme Court Justice Peter Applegarth on May 25, 2015.

By good fortune, a large spreadsheet and a bundle of statements of accounts for Octaviar Administration (OA) recently unfolded on SiN’s desk. Whilst some settlement terms have been kept confidential, the documents still make for illuminating reading.

To March 2015, Bentleys Bill Fletcher and Kate Barnett have racked up $22.75 million in remuneration since being appointed general purpose liquidators of OA and Octaviar Limited (OL).

In the same period, $672,811.35c was paid to RSM Bird Cameron, under the terms of the “Funding Agreement Line of Credit”. Law firm Henry Davis York (HDY) meanwhile raked in approximately $4.5 million.

When contacted, Barnett would say only that the liquidators’ commercial arrangements are confidential and that Octaviar’s committee of inspection “is responsible for approval of our fees”.

The Bentley’s pair replaced Deloitte’s John Greig and Nicholas Harwood as OA and OL’s liquidators in September 2009. Greig and Harwood were removed by the Supreme Court of Queensland at the behest of the Public Trustee of Queensland, one of Octaviar’s major creditors, after making a controversial $20 million payment to Fortress.

Payments to Fortress which the liquidators believed were insolvent transactions lay at the heart of the decision to utilise the $120 million sitting in OA’s accounts at the time it was wound up to fund what have become incredibly expensive recovery proceedings.

As a creditor of OL, Fortress had a fixed charge over the company’s assets. It’s resisted the liquidators’ recovery actions tenaciously in courts in Queensland, NSW and in the US.

HDY, which had charged Octaviar more than $20 million by December 2012, has project managed the liquidator’s protracted litigation against Fortress since the first proceedings were launched in the Queensland Supreme Court in 2010. How much HDY has earned from its work on Octaviar to date has yet to be disclosed.

In 2012, HDY insolvency supremo Scott Atkins described the litigation as one of Australia’s most complex in legal and financial terms. He made the comments after Barnett and Fletcher were subjected to stinging criticism from Ferrier Hodgson’s Will Colwell, who had been appointed to the Octaviar Committee of Creditors to represent Octaviar Investment Noteholders, owed $300 million.

“These levels of costs are of serious concern . . . to the public trustee himself and to the noteholders he represents,” Colwell said at the time.

“As discussed yesterday, after $44m and three years, the (MFS creditors) committee is none the wiser as to whether both (legal) actions should be proceeded with,” Mr Colwell said.

Atkins defence of the costs in 2012 may be equally applicable today and certainly liquidators with large claims and funds in the armoury are obliged to bring the best firepower at their disposal to the fight.

But when discharging the guns ends up costing more than the prize being fought for, maybe all that high-priced expertise would be better deployed weighing up whether the litigation is worth pursuing? Consider the recent fallout.

In April 2015, RSM Bird Cameron’s David Kerr sought and obtained court approval to accept a settlement offer from Fortress of $12.35 million. (Read the judgement) OL was claiming $50 million but in reality, Kerr did well to get anything.

Kerr was appointed special purpose liquidator of OL in 2011 to pursue any claims OL might have against Fortress. In 2012, he took over day-to-day running of OL and entered into a funding arrangement with Fletcher and Barnett whereby OA would fund OL.

However, Fletcher and Barnett ultimately withdrew the indemnity for Kerr’s personal exposure to an adverse costs order. Pointedly, no alternative litigation funder could be found.

In this context, it’s notable that Kerr was able to extract any settlement, let alone one more generous than previous offers. One wonders if Fletcher and Barnett secured as generous terms.

SiN will continue to comb through the documents, seeking answers to questions like: How much did OL spend to recover $12.35 million? How much did HDY earn to achieve that settlement? How much has HDY charged overall?

As Barnett pointed out, Octaviar’s Committee of Creditors approves their fees and as it stands, between October 2011 and April 2014 the liquidators distributed approximately $28 million in dividends to unsecured creditors of OA. They are owed about $1.6 billion.

Barnett told SiN that creditors have received $54 million in dividends but did not clarify if she was disputing the figure for unsecured creditors or was quoting the total dividends paid to all creditors of both entities.

Maybe this costly python squeeze will disgorge a plum, but even if the settlement with Fortress is better than sources are letting on, it was a gamble where those making the decisions to litigate have been very well compensated and creditors will be left wondering if it was worth it.