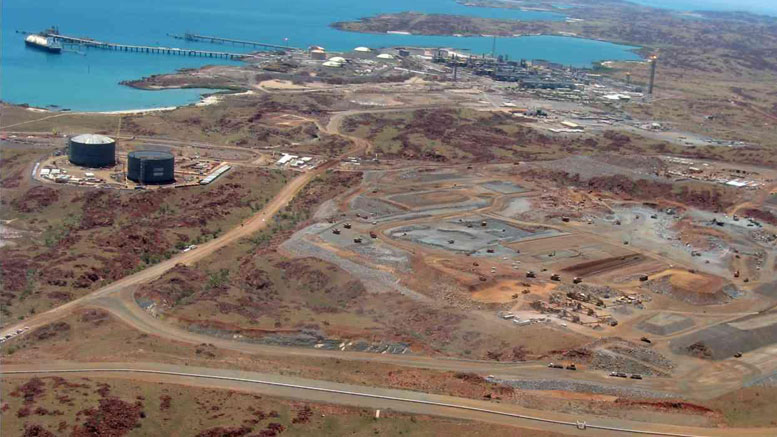 Pankaj and Radhika Oswal before Burrup went belly up.

READ in their entirety, expert witness reports can be turgid affairs. Eye-glazing repetition. Incessant referencing of Acts and Codes. Footnotes even. But when a report’s author is cross-examined in open court and the minutiae of their conclusions surveyed, a more engaging narrative emerges.

Barry Raymond Cooke is one such expert. Cooke was engaged by Pankaj Oswal to produce expert witness reports about PPB Advisory’s handling of the receivership of Oswal’s Burrup Fertilisers Group (BFG).

In the bitter litigation that’s played out between BFG founder Oswal, his lender ANZ Bank and PPB, the Dubai-based fertiliser tycoon has lined up PPB partners Ian Carson, Simon Theobald and David McEvoy for special retribution, motivated by what Oswal claims was flagrant overcharging during the 13 months they were receivers.

Oswal is out for blood. In his statement of relief filed on 1 April 2015, he sought orders which would effectively see Carson, McEvoy and Theobald disqualified from acting as official liquidators or liquidators for seven years.

The alleged excesses are well catalogued. Wives, children and partners accompanying PPB staff as they travelled each week from Melbourne to Perth. Alleged gross inflation of costs – Oswal and his wife Radhika claim the receivers charged almost $20,000 to fill out a form – reclassifying work so that it would be paid for by Burrup Fertilisers Pty Ltd (BFPL), rather than by ANZ or the receivers themselves.

The appointment lasted just 13 months and in that time PPB and legal advisers Herbert Smith Freehills and Minter Ellison reportedly billed almost $34 million. One of the receivers, Melbourne-based partner Carson, has even admitted that things could’ve been done better though PPB insists it has at all times acted within the law and in accordance with the applicable professional standards.

The upshot is that Oswal has used his considerable financial resources to mount a Federal Court inquiry into the receivers’ fees, an inquiry which included interrogating Perth-based Theobold and Melbourne-based Carson and McEvoy about countless invoices and work in progress (WIP) entries. But the defendants also exercised their right to cross-examine those providing evidence in support of Oswal.

One of the defendants’ lines of questioning looked at the expert witness reports Cooke produced for the Oswal camp and how much information Oswal’s lawyers provided to Cooke as he formulated the assumptions he would apply in determining the legitimacy or otherwise of the receivers’ conduct and charges. What is particularly illuminating are the comments made by Oswal’s lawyers, written in the margins of Cooke’s draft reports.

“So he (Cooke) is saying that it was right that they (PPB) stayed in office and undertook their obligations under the SDD (Share Sale Deed)? Really?? If that is the case, I assume we are abandoning any attempt to complain about the incurring of fees in reporting to Apache,” an unidentified lawyer wrote. Gas supplier Apache was one of the ultimate purchasers of the Burrup assets.

The comment is not attributed but may well have been made by Montgomery Vallve, a senior associate at Perth-based law firm Murcia Pestel Hillard, who was referred to on multiple occasions during Cooke’s cross-examination by Matt Connock QC, for the receivers.

And there are many such asides in the drafts’ broad margins. Another comment by an Oswal lawyer read out in court sounded like an expression of frustration with Cooke’s conclusions.

“I repeat what I said previously about this being a huge problem if the term in the charge document is drawn wide enough. What happens if the appointor and receiver agree that the receiver can charge professional fees for travel time? Where does the rest of this section go? It seems to me that he (Cooke) agrees that they could charge whatever they wanted including for travel time.”

Cooke also told the court that a later comment inserted into his report that questioned the ‘propriety’ of the receivers being a party to the BFPL share sale agreements had been inserted by someone else.

But what Oswal’s lawyers added or made comment about isn’t the only aspect of Cooke’s reports that attracted questions. He was also asked about two paragraphs in one of his drafts that had been struck through.

“By virtue of the obligations entered into by the receivers and managers in the share sale agreements, they needed to remain in office until the sales settled,” Cooke had opined in his draft report.

“I’m not aware of the terms of the share sale agreements or the work retired by the receivers and managers prior to settlement. Those matters would be additional to the above tasks to complete the receivership,” he declared. Both paragraphs had been crossed out, indicating they were not intended to make the final report.

Cooke told the court he hadn’t struck through the offending paragraphs. Nor had he given anyone instructions to do so. And he admitted that he still held the views he expressed in the marked for deletion paragraphs.

Connock: “the matters that were struck through reflected your view at that time?

Connock: “And reflect your view now?

Connock: “And what you understood from reading this at the time was that the lawyers wanted it out?

There is a deal more that emerged when Cooke was cross-examined on June 11, 2015, but the real action lies ahead with presiding Federal Court Judge Antony Siopis and what he decides about the receivers’ conduct.

The plaintiffs closing submissions should have been filed on July 20, but calls to their lawyer in Sydney were not returned. The defendants have until August 10 to lodge theirs.
Got a SiNful tale to tell?