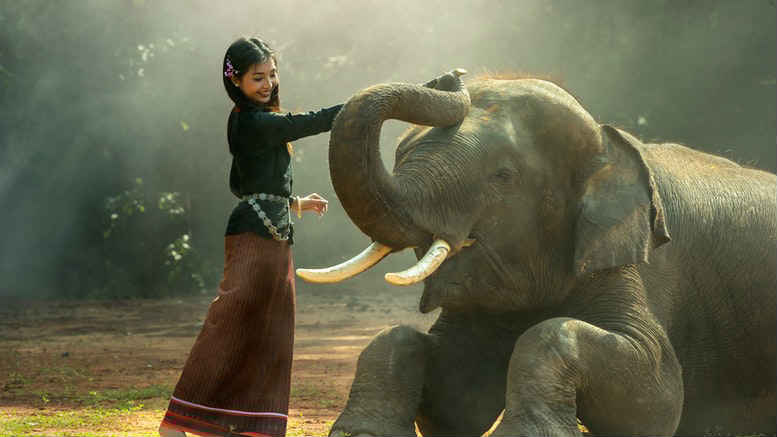 It's hard to keep a straight face when there's an elephant in the room.

Are Mark Korda, Jenny Nettleton and Jarrod Villani planning a game show? One with enough ratings oomph to haul the Ten Network Holdings out of its abyssal fiscal hole and propel it to the summit of profit?

This was SiN’s initial inference on reading the Declaration of Independence Relevant Relationships & Indemnities (DIRRI) produced by the three KordaMentha partners, who were appointed voluntary administrators of Ten Network Holdings and 13 related entities on June 14.

Perhaps the show could have the working title of Straight Face? The contestants line up to tell – with facial features expressionless – the most unbelievable tale to a live audience, augmented by television and online viewers armed with all manner of interactive means?

The contestant – from the mix of random audience selectees and celebrities – who best completes his or her scripted fabrication without cracking the required dead pan expression in the ‘face’ of both live and online audience interaction wins?

Insolvency practitioners like Korda, Nettleton and Villani have of course had a lot of practice keeping a straight face whilst creditors emote so those who have chaired or otherwise been involved in creditors meetings would have to recuse themselves. But back to that DIRRI.

All three VAs are also members of the Australian Restructuring, Insolvency & Turnaround Association (ARITA), publisher of the insolvency profession’s Code of Professional Practice. Here’s what the Code says about DIRRIs.

“Completion of the Declaration of Independence Relevant Relationships & Indemnities (DIRRI) required under the legislation and the Code is a step that is taken once the Practitioner has determined that he or she is independent and takes the Appointment.

The Ten DIRRI disclosed that the KordaMentha team attended upwards of 50 meetings during late February 2017, jawboning with Ten’s management, its lender CBA, its board – including the now ex-guarantors of the company’s loan facilities – and its corporate advisor Moelis and legal representatives Gilbert + Tobin, the ultimate referrer. Almost $1 million in fees were paid for this pre-appointment advice.

The DIRRI also outlined KordaMentha’s relevant relationships with active players in the Ten saga, like CBA, which flicks plenty of work Korda’s way and Gilbert + Tobin, which does likewise.

So, how does KordaMentha square that up with the Code’s insistence that disclosing interests or relationships the create a perception of a lack of independence doesn’t remedy the conflict? On one measure, any professional or commercial relationship within two years creates a conflict that cannot be dealt with simply through disclosure

One insider pointed out that KordaMentha was engaged to provide the pre-appointment advice by Gilbert + Tobin, not by the Ten Group, though this would seem to be a not wholly convincing argument. The legal advisor to the directors making the VA appointment are regular referrers of work to KordaMentha. What? Nothing to see here?

The DIRRI’s authors deal with the issue by pointing out that Kordas, like every other restructuring and insolvency specialist, is regularly providing advice prior to an offer of an insolvency appointment. This is fair enough. If the VAs are found to have an unmanageable conflict on the basis of what’s disclosed in the Ten DIRRI they won’t be alone. A source close to the VAs said that sometimes a practitioners’ assessment is that they can take the job and sometimes they decide they can’t. And then there’s the times when ARITA decides for them.

In Kordas Quits After ARITA Intervention  SiN reported how KordaMentha (Townsville) partners Bill Buckby and Tony Miskiewicz stepped down as VAs of North West Crane Hire two weeks after the their appointment.

Buckby and Miskiewicz advised creditors that in ARITA’s view, an indemnity paid to them by the purchaser of the business left them hopelessly conflicted.

In a statement released simultaneously by ARITA the association said: “Indemnities from related parties, or parties involved in transactions with the company, create a risk to independence due to the reliance of the practitioner on the future satisfaction of the indemnity and the perception that the practitioner may not take action which would put that future payment at risk”.

There’s no question of an indemnity from a related party in relation to the Ten appointment. The DIRRI states that the VAs “have not received any indemnity, guarantee or contribution from any member, director or any other party related to the Ten Group for our fees and expenses.”

But the work conducted pre-appointment and the presence of those with whom KordaMentha has relevant relationships means ARITA is probably examining the circumstances of the appointment closely, though no doubt without the input of Vice-President Michael Brereton, who is an executive director in KordaMentha’s Sydney office or Leanne Chesser, a restructuring partner in KordaMentha’s Melbourne office who is also a member of ARITA’s Victoria/Tasmania divisional committee.

The Australian newspaper reported that ARITA “would likely” examine the disclosures made in the DIRRI. When contacted ARITA declined to comment. Sources close to KordaMentha said rivals who had missed out on the job were fuelling media interest in the Ten appointment.

Those sources did not however explain why the media would need any such encouragement. Ten’s fate is aligned closely with the passage of historic proposed reforms to media ownership laws through the Federal parliament.

Further, the architects of any solution include News Corporation co-chair Lachlan Murdoch and billionaire owner of WIN Television Bruce Gordon, both of whom were until very recently the guarantors of Ten’s borrowings from CBA. A contentious DIRRI and ARITA’s possible response is not the Ten story that will make the front page. Except on SiN. Still got a Straight Face?