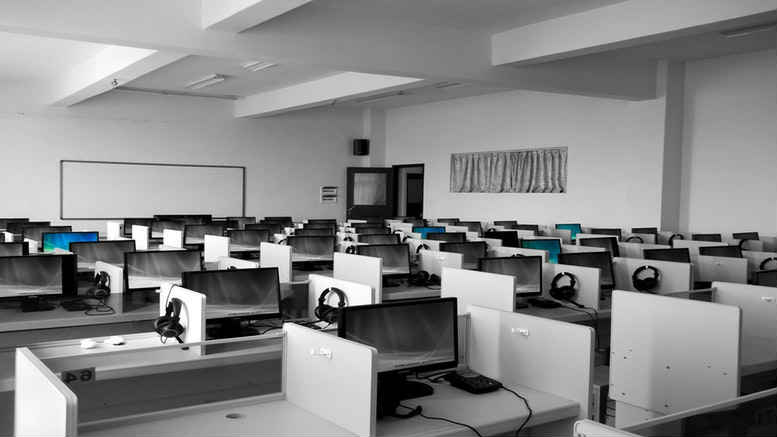 While the Australian Tax Office (ATO) moved earlier this year on those alleged to have masterminded the alleged $165 million Plutus Payroll fraud, at least one of those close to the architects of the scheme was attending to curiously related affairs well beforehand.

It was in fact September 20, 2016 when Christian Paul Budd-Madison, whose company Hartford Investments shared offices in Double Bay with those of the businesses of Plutus Payroll accused Adam Cranston, found it necessary to present at Hall Chadwick’s Park Street offices.

Hartford’s existence had been brief. The company was incorporated in July 2015 but on that Tuesday in September last year sole director and shareholder Budd-Madison authorised that it be wound up, appointing Richard Albarran and Brent Kijurina as liquidators. Documents obtained by SiN show the liquidators had approval for fees of up to $50,000.

SiN does not suggest that Albarran or Kijurina had any knowledge of the Plutus scheme, which had not been exposed at that time but is believed to have been under surveillance by ATO investigators since mid-2016.

10 days later at 10:00am on Friday, September 30 a meeting of creditors was held at Sydney’s Grace Hotel on York Street.

More instructive though is the creditors attendance register, which SiN has helpfully reproduced below.

The major creditor listed was Uneek Consulting Services Pty Ltd with a claimed debt of $3.225 million.

Uneek was later rebadged as PPA Contractors Pty Ltd, one of multiple entities from the Plutus Payroll group placed into the hands of ATO-funded liquidators from Deloitte last month.

Other creditors included Budd-Madison, who’s in there for $300,000, a psychiatrist who specialises in psychiatric assessment and medicolegal report preparation for criminal and civil matters who’s claiming $30,000 and Eastern Suburbs nightclub operator Eric Jury, who is in there for more than $23,000. Bar tab perhaps?

That’s quite a sum in accounting fees for a company that lasted 14 months. Also interestingly, Albarran was able to push through each of the resolutions at the September 30 meeting of creditors thanks to a special proxy provided by Ashton Accountants Australia, which is also controlled by Rosh Ashton as sole director and shareholder, at least since February, 2017.

SiN was keen to know if the ATO’s liquidators of choice had tapped the Hall Chadwick duo for information about Hartford and any relationships it might’ve had with the Plutus group but the Deloitte trio were uncontactable.

SiN wasn’t able to submit questions to Albarran and Kijurina until yesterday afternoon and neither had responded to calls and messages left on voicemail and with staff by publication deadline so any responses will be included in the next update.

Hopefully soon we’ll learn more about the role, if any,that HartFord played in the Plutus Payroll scheme, and how it came to owe a Plutus entity more than $3 million. 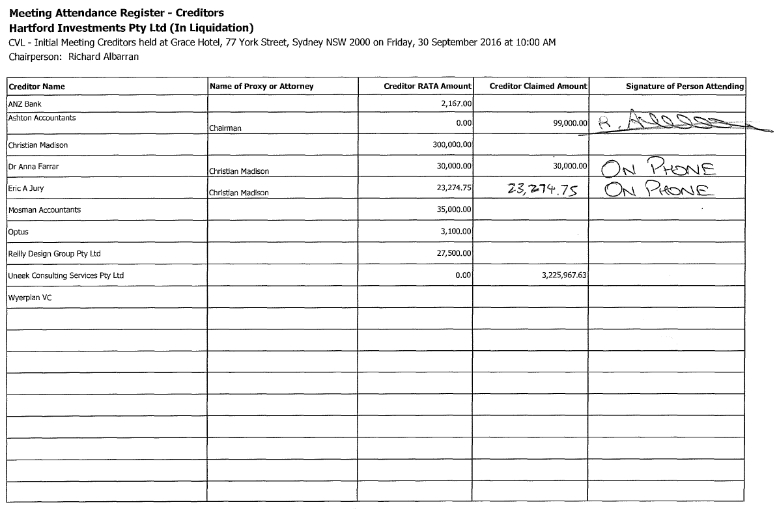