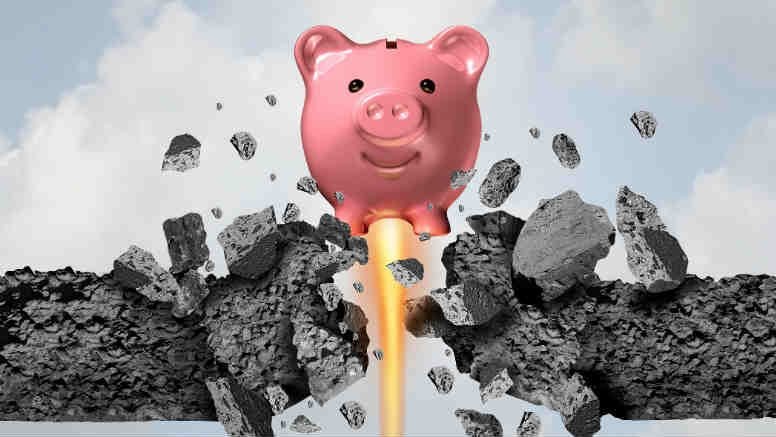 An application for a judicial inquiry into the conduct of Andrew Wily and David Hurst has been dismissed with the judge describing the corporate regulator’s pursuit of Wily as vexatious.

Delivering judgment in the NSW Supreme Court yesterday, Justice Paul Brereton apologised for the time it had taken him to provide a ruling and proceeded to read from the conclusion at the end of his 132 page judgment in the matter of Australian Securities and Investments Commission v Wily & Hurst [2019] NSWSC 521.

“I am not satisfied that there is a “well-based suspicion indicating a need for further investigation” – in which context the notion of “suspicion” involves a “positive feeling of actual apprehension or mistrust, as distinct from mere wondering”,” the judge said.

“Even if I am incorrect in those conclusions, in my view, the allegations are not of a strength or nature as would justify an inquiry.”

A visibly relieved Hurst left the court with his lawyer Joe Scarcella of Johnson Winter Slattery, free to begin rebuilding his practice from his new home at BPS Recovery.

From ASIC’s perspective an appeal would seem unlikely and it must now deal with the extraordinary situation of being a statutory authority obliged to conduct itself as a model litigant being instead branded by an eminent judicial officer as a vexatious one.

In dismissing its application with costs, the judge criticised the tactics ASIC employed in regards to investigating complaints, predominately in relation to Wily, over a 10 year period.

ASIC launched its bid for the enquiry in December 2016, citing in its originating process concerns around a lack of independence and a failure to disclose potential conflicts; failure to report suspected shadow directors and offences underlying suspected illegal phoenix activity; and
a failure to undertake basic investigations into the companies’ affairs.

The concerns related to 19 companies which had supplied labour hire and other services to Crystal Carwash Café Pty Limited prior to being wound up by creditors voluntary liquidation (CVL), first in 2007 and then again in 2009.

A first lot of companies was liquidated in 2007 with Wily as sole appointee.

Wily and Hurst were appointed joint and several liquidators of the second group in 2009.

Among the allegations were that given the 2009 appointments were accepted within the 24 month period, Wily and Hurst failed to reveal obvious potential conflicts in the DIRRIs submitted for the 2009 companies.

But Justice Brereton found the evidence and arguments in support of that contention unpersuasive.

“Given the extensive investigation which ASIC has conducted, including examinations of both Mr Wily and Mr Hurst, it is extraordinary that ASIC is unable to allege who was the common referrer of the 2009 Companies to Armstrong Wily,” he said.

The judgment also reveals that the investigation into the Crystal Car Wash Cafe was commenced in December 2013 after two separate investigations into Wily were concluded in February of that year without action.

The first related to Wily’s conduct as Deed Administrator of the Paddington Bowling Club, an investigation ASIC commenced in July, 2009.

The second investigation was commenced in November 2010 and included unspecified “suspected activities in relation to a litigation funder in Vanuatu”.

“In my view, it is doubtful in the extreme that present unfitness could be established from a want of discretion and judgment of that kind nearly a decade ago.” Justice Paul Brereton.

But Justice Brereton singled out the strategy for special criticism.

“I do not agree that it was reasonable for ASIC to defer commencing the subject investigation until its other investigations concerning Mr Wily had terminated, with no adverse action,” he said.

“Ordinarily, one would expect an investigation into a liquidator to deal with all concerns that might impinge on his or her fitness.

“While Ms (Virginia) Plowman expressed the view that it was in the best interest in the investigation of all relevant matters to defer the Crystal Carwash investigation, it is just not logically apparent why or how that would or could be so.

“It would increase the prospects of revealing any troubling systemic issues, and strengthen any case against the liquidator, to investigate all suspicions concurrently.

“Indeed, there is a significant element of vexation in deferring one investigation – in effect, holding it in reserve – until the others had come to nothing,” he said.

“It is also relevant, though far from decisive, that notwithstanding its investigation, ASIC has chosen not itself to conduct the inquiry it could have under s 536, and has not formed the opinion which it could have reported to the Court, that there has been a misfeasance, neglect or omission on the part of the liquidator,” the judge said.

As INO has previously reported, Wily relinquished his registration as a liquidator in April 2017.

The judgment reveals that in July 2017 Wily made an open, no admission offer to the court to never apply for re-registration in exchange for the proceedings being dismissed with no order as to costs. ASIC rejected the offer.

In summing up in regards to Hurst the judge said there was zero evidence of any pattern of continuing irregularity.

“As to Mr Hurst, whose role in the liquidations of the 2009 Companies was a subordinate one, the complaints raised by ASIC concern the liquidations of one group of companies, nearly a decade ago, and there is no suggestion of a systemic or continuing pattern of misconduct on his part.

“Given the time which has passed since the relevant conduct in 2009 and 2010, during which he has continued to practice apparently without coming under further adverse notice, under arrangements designed to minimise the risk of matters which may have contributed to any problems that arose in respect of the liquidations of the 2009 Companies, the prospects of establishing present unfitness by reference to the conduct complained about, are remote in the extreme,” he said.

“Element Of Spite” In ASIC’s Bid To Rub Out Wily