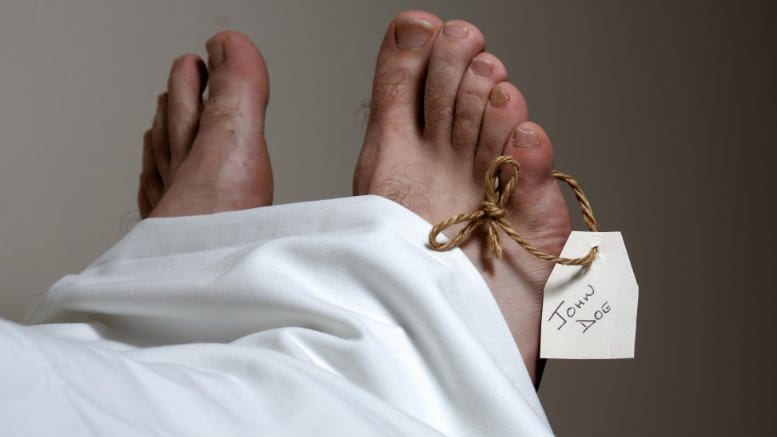 One wonders what the Hruz’s of Albury think of the latest initiative to stamp out unscrupulous insolvency advisers. Josef and Yulia Hruz are the directors and owners of John Doe Pty Ltd, an inactive-seeming entity that’s not filed a form since 2007 according to company records.

John Doe Pty Ltd also happens to be the name the Australian Securities and Investments Commission (ASIC) used as an example in a letter it has circulated warning Australia’s company directors about disreputable opportunists who might lead them astray.

The warning letter was sent last Thursday to ASIC’s regulated population of 710-odd registered liquidators (though not we suspect, for vetting and approval). It focussed on how advisors of questionable intent use ASIC’s wind up notices to identify directors who might be amenable to the types of creditor-evading tactics that tend not to be put in writing.

Attached to an email titled: Disrupting the activities of untrustworthy advisers, the letter states: “While not all of these advisers do the wrong thing, some suggest that directors take actions which could be considered illegal (such as suggesting you transfer assets of your company into another company without paying for them – known as ‘phoenixing’),” ASIC said in the letter. “Some of these actions can lead to serious consequences for directors, including large fines or even imprisonment,” ASIC warned.

The owners of John Doe Pty Ltd were surprised to learn that ASIC had co-opted the name of their shelf company in its war against the unscrupulous.

Now while a small number of such opportunists exist within the ranks of registered insolvency practitioners, ASIC’s latest initiative is focussed on the non-registered advisors.

In a recent example of such, 48 year old business advisor Stephen Charles Hall of Eagle Business Solutions (EBS) was convicted of dishonestly aiding, abetting, counselling and/or procuring another director to breach their director duties.

Hall had cold-called a director whose company had been served with a winding up notice issued by the ATO. The recipient of that call chose to heed Hal’s advice. Hall pleaded guilty, was fined $6,600 and automatically disqualified from managing a corporation for five years following an investigation by ASIC and court action by the Commonwealth Director of Public Prosecutions (CDPP).

An ASIC spokesman expressed surprise when told John Doe Pty Ltd is a registered company. SiN was momentarily tempted say it was a holding company formed by some especially jovial undertakers, but temptation and journalism are uncomplimentary bedfellows.

Fact is Dr Josef Hruz is a 75 year old retired general practitioner originally from the Czech Republic. Yulia Hruz is a 44 year old practicing psychologist from Ukraine. Mrs Hruz told SiN that as far as she knew ASIC had not contacted either her or her husband about using the John Doe Pty Ltd name in its widely disseminated warning.

The ASIC spokesman said the warning letter would also be delivered to directors of companies appearing in the lists of companies subject to a winding up notice so that those contacted out of the blue by an opportunistic advisor were adequately forewarned.

Although the email with the warning letter was sent to to liquidators on July 28, ASIC said it’s release was in no way timed to coincide with ATO raids the same day on six properties on the Gold Coast as part of a cross-agency investigation into alleged illegal ‘phoenix’ activity.