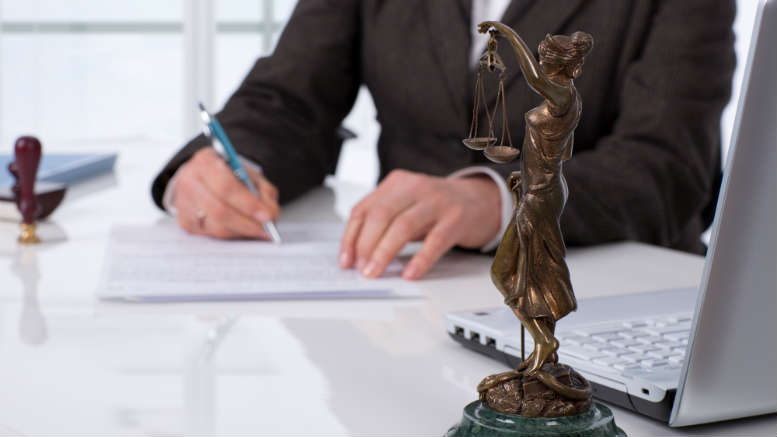 It was a letter that should never have been sent, said the judge who received it.

Liquidator Andrew Wily was panned by a judge after writing an “extraordinary” letter.

It’s not often that a liquidator writes to a judge requesting that the judge discontinue proceedings in which the liquidator is in control of the plaintiff.

It’s probably even rarer for the judge to publish the letter. But it’s happened, courtesy of a judgment from acting Supreme Court Justice Reg Barrett and an unfortunate epistolary impulse indulged by liquidator Andrew Wily.

Typically the circumstances giving rise to this unedifying affair came about due to money, or specifically its lack. Global Metals Group launched proceedings against its opponent, Fineston Company, in March this year. It sought an order setting aside a statutory demand that had been served on it by Fineston.

The matter was scheduled for hearing on July 28, 2016. The day before the hearing the judge’s associate emailed the parties’ respective solicitors to advise that none of the paperwork expected to be filed in preparation for a hearing had been received.

The solicitor for Global Metals – James Jordan of Jordan Djundja – told the judge’s associate that the company had been placed into creditors voluntary liquidation (CVL), that he’d alerted the liquidator of the hearing dates and whilst he had no instructions he was prepared to appear as a courtesy.

The lawyer for Fineston also said that Global Metals had been placed into liquidation and offered the additional information that the liquidator was Wily. Fineston, the judge was advised, was organising another solicitor. The judge advised the parties that the matter was remaining in the list. Then Wily’s letter arrived at the judge’s chambers. Dealing with its contents comprises the bulk of the subsequent judgment.

“Mr Wily’s letter is an extraordinary letter,” the judge said. “Its principal purpose seems to have been to draw my attention to s 471B of the Corporations Act. But I was quite mystified by Mr Wily’s apparent belief that that section has some relevance to a case such as the present where a company which, as plaintiff, seeks an order setting aside a statutory demand with which it has been served subsequently becomes subject to voluntary winding up.

The opening words of s 471B are: “While a company is being wound up in insolvency or by the Court”.

“Then there is the penultimate paragraph of Mr Wily’s letter in which he asks me to confirm that the s 459G application commenced by the company of which he is now the liquidator “will be now discontinued”.

“Discontinuance is something that lies in the hands of the plaintiff alone. Mr Wily is the liquidator or of Global. He has supplanted its directors so far as decision making for the company is concerned. I do not know why he asked me whether a process that lies entirely and exclusively in his own control will be implemented.

“Mr Wily is a very experienced liquidator who, in the course of practising his profession, has acquired a close familiarity with court proceedings. He should have known that it was inappropriate to write the letter he did to the judge listed to hear a matter to which a company of which he is liquidator is a party.

“Also, had Mr Wily reflected on the content of the letter for any length of time, he would inevitably have realised that nothing in it makes any sense. The letter was a pointless and unhelpful letter. It should not have been sent,” acting Justice Barrett concluded.

Not surprisingly, the judge was not minded to adjourn. Jordan’s partner Robert Djundja duly appeared for Global Metals without instructions. Fineston by this time had organised representation by David Turner from Norton Rose Fulbright. He, also unsurprisingly, argued that if the plaintiff wished to dismiss the proceedings then the plaintiff should pay the defendant’s costs.

The judge ordered it so, remarking in the final few paragraphs that Fineston will now have to decide if it should lodge a proof of debt in the winding winding up of Global Metals Group, “and, if it does, Mr Wily will have to turn his mind to whether or not the liability for those costs involves a claim the circumstances giving rise to which occurred before what s 553(1) calls the “relevant date”.