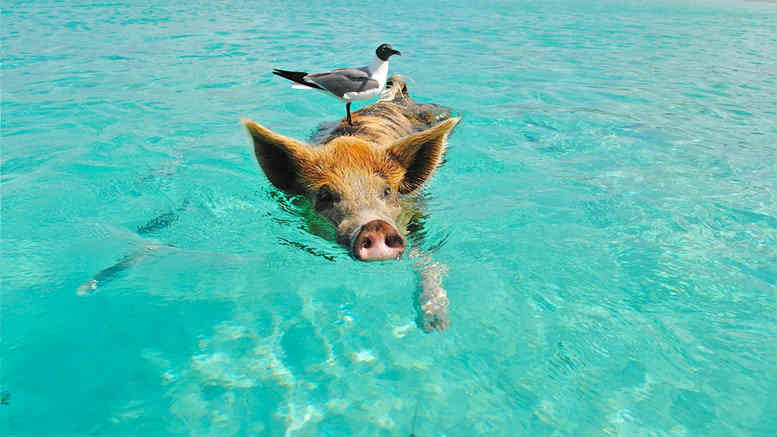 It’s not often INO uncovers a story about insolvency practitioners that involves unauthorised boar semen from foreign parts but the recent hand over by Ferrier Hodgson of the GD Pork Pty Ltd administration to FTI Consulting provides such an opportunity.

Not that the yarn is about unauthorised boar semen illegally imported.

So, why was the regulator insisting the Ferriers’ pair yield?

Because for several months prior to their appointment as Voluntary Administrators (VAs) on October 31, 2018, Jones and Ferrier Hodgson had been engaged by the company in an Investigating Accountants (IA) role.

Now such a path does not of course automatically prevent the IA from becoming VA.

Ferrier’s own Peter Gothard proved that just a couple of years back when he pronounced – after being engaged to make an independent assessment – that there was no issues attaching to KordaMentha’s appointment as VAs of Ten Network Holdings despite many months of pre-appointment work undertaken at the behest of Ten’s lawyers, Gilbert + Tobin.

But according to correspondence from ASIC which began arriving in Jones and Smith’s inboxes early this year, the regulator had concerns.

“Based on the disclosure in the DIRRl, the nature and extent of the advice (and/or dealings) Mr Jones and/or Ferrier Hodgson provided to the companies does not appear to be limited to general insolvency advice and external administration options,” ASIC said in a letter to the VAs dated February 28, 2019.

Flat out maintaining GD Pork’s piggery operations, organising sales and preserving the livestock’s welfare, the VAs – who had also obtained court approval to extend the convening period to April 8 – asked for a month’s grace in which to respond.

ASIC was okay with that but unconvinced with the updated DIRRI Jones and Smith subsequently provided.

On May 7 the regulator wrote to Joe Abberton of Lavan Legal because at some point the VAs lawyered up.

It was then that the letters reveal ASIC’s key concerns.

One was the utter implausibility – in ASIC’s view – of Jones and Smith investigating – whilst maintaining an apprehension of independence – certain potential unfair preference payments which may have been made during the IA period, including $100,000 received by them from the companies as IA fees.

Might the company have been trading insolvent during some or all of this period ASIC suggested.

The other issue related to Ferrriers’ relationship with GD Pork’s secured lender, Bankwest.

In a letter dated May 7 ASIC declares that it does not consider that Jones and Smith were “fulsome” in their “disclosures about prior dealings with the companies” in their initial DIRRI of November 1, 2018.

Throughout the correspondence the Ferriers pair make clear they utterly disagree with ASIC’s interpretations of their obligations under the Act and under the Code of Professional Practice (COPP).

They are convinced they are compliant but it’s clear from the correspondence that the regulator is prepared to go to court to have them removed.

Once ASIC determined that the supplementary DIRRI was insufficient to address its concerns it began pushing for their immediate resignation as VAs, something the Ferriers pair resisted given the likelihood that creditors would vote to put the companies into liquidation anyway when the adjourned second meeting was reconvened.

Jones and Smith pushed for a proposal whereby they would issue a supplementary report to creditors ahead of the second meeting, obtain a consent from an alternate liquidator – Ian Francis of FTI as it turned out – and refrain from seeking approval for payment of their outstanding remuneration from creditors, undertaking instead to make application to the courts.

ASIC was prepared to accept the proposal and agreed not to publish a media release. INO will be interested to learn who will pay for the remuneration application in the courts.

Whoever it is it won’t be GD Pork’s director, who looks to be facing hefty fines in respect of alleged breaches of the Biosecurity Act 2015 and the Quarantine Act of 1908, those breaches being for the alleged unauthorised importation of boar semen. Please take a moment to support INO’s continued chronicling of the insolvency profession.