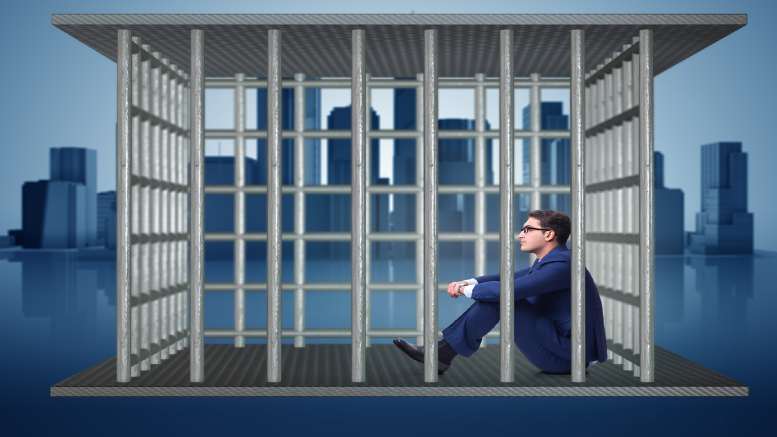 The AFP arrests this week in respect of yet another Plutus Payroll-style tax evasion scheme prompted iNO to consider, not for the first time, what aspects if any of these recurring scams are facilitated by complicit insolvency practitioners, a negligent regulator or a combination of both.

Looking at the names of those arrested, it wasn’t long before our investigations led us instead to a particular suburban accountant who seems to have done a lot of work for those arrested, and who knows a guy who’s not afraid of taking on multiple directorships.

Traditional phoenixing this is not. For the unscrupulous, it seemingly makes more sense to abandon an assetless company than go to the trouble of bribing or blackmailing a registered liquidator to undertake a hurried winding up free of any effective investigation.

Some of those MVLs have been in respect of companies controlled by those arrested and one of those – Mr Lucas James Connell, 47 – previously worked at Wentworth Williams.

Our investigations in respect of Wentworth Williams also led us to a Mr Bill Psaroudis, 51 of Edensor Park.

In January this year after referring an appointment Mr Psaroudis told liquidator Brendan Nixon that he had accepted a director’s role “to attempt to assist the Company work through various issues and restructure”. The former director of that company was Ms Kyriacou.

iNO does not suggest Ms Kyriacou and Mr Psaroudis are knowingly involved in the scheme, which was brought to the public’s attention this week by the Sydney Morning Herald (SMH) following a spate of arrests on Queensland’s Gold Coast and in Sydney by investigators from the Australian Federal Police’s (AFP) Operation Borderlon.

But between June 2016 and May 21, this year Mr Psaroudis took on directorships in no less than 64 companies. Of those appointments, 20 were made this year.

Indeed, it appears from ASIC records that Mr Psaroudis replaced Ms Kyriacou in respect of a great many of his directorships and a substantial proportion of those companies can be traced back to Wentworth Williams and from there to one or other of those arrested.

So when the turnover of directorships between a few individuals runs into dozens and dozens, does the corporate regulator run its eye over the activity to satisfy itself that all is compliant? Or does it look the other way as long as the fees keep flowing?

Of the 12 men and women arrested and accused of involvement in the scam, Connell appears to have the most direct links to the insolvency sector.

That is not to suggest however that any other current or former member of Jirsch Sutherland knew about the fraud allegedly facilitated by a former employee.

But it does indicate that some of the scheme’s architects could have acquired knowledge of insolvency that may have been useful in implementing the alleged fraud.

According to the SMH funds meant to pay PAYG were skimmed from payroll companies controlled by those arrested and allegedly laundered by yet other entities controlled by the scheme architects before being funnelled into their purses and pockets to assist them in living high on the Commonwealth hog.

Once those entities’ PAYG indebtedness reached a certain point – and who might know where that point lies – the companies were abandoned and new entities incorporated to continue the practice.

Traditional phoenixing this is not. For the unscrupulous, it seemingly makes more sense to abandon an assetless company than go to the trouble of bribing or blackmailing a registered liquidator to undertake a hurried winding up free of any effective investigation.

Given the success of this model – and it’s been reported that the Commonwealth has been deprived of up to $17 million – ASIC needs to examine whether the less than cursory scrutiny it applies when deregistering abandoned companies hasn’t been exploited at tremendous cost to Australian taxpayers.

Some liquidators meanwhile are doing their bit in respect of some of those arrested.

In November last year a court appointed O’Brien Palmer’s Chris Palmer as liquidator of Pasloc Group Pty Ltd upon the application of the ATO.

Speaking to Palmer last night he said that until the arrests were reported he hadn’t been able to locate the director, whom he wants to serve in respect of insolvent trading claims.

That director is 50 year old Pasquale “Peter” Loccisano, who was arrested on the Gold Coast this week in connection with the scheme. He’s been charged with one count of conspiracy to defraud and one count of conspiring to deal with proceeds of crime worth $1 million or more.

Palmer said that as of yesterday, he at least now knew where the director was and would be investigating the possibility of serving him in gaol, though we understand Loccisano, who did not object to being extradited to NSW, has since been bailed.

Palmer’s colleague Liam Bailey also has a matter indirectly connecting him to individuals and entities who seem to have some connection, albeit possibly unwittingly, to the scheme and its associates.

In January 2019 Bailey was appointed administrator of Biocoal Pty Ltd, a company which operates a waste management and recycling buisness at Somersby in western Sydney.

The sole director of Biocoal is Filomina Kyriacou. According to his DIRRI Bailey had known her for six years. He also said that O’Brien Palmer used to receive referrals from Wentworth Williams, but not since 2013.

The DIRRI also discloses that Ms Kyriacou agreed to an indemnity for Bailey’s remuneration, disbursements and costs of trading Biocoal of up to $400,000.

As well as having to repel KordaMentha’s Rahul Goyal and Scott Langdon at the first meeting, Bailey also had to deal with related party creditors claiming almost $9 million of the more than $23 million in debts.

Among them was Biocoal’s shareholder Verona Group which submitted a proof of debt for more than $7 million. Ms Kyriacou was a director of Verona until November 21, 2018, when she was replaced by none other than Bill Psouradis.

Last night Bailey spoke of how the administration progressed. He told iNO he’s now suing Filomina Kyriacou for his fees.

3 Comments on "AFP arrests uncover a most helpful director"