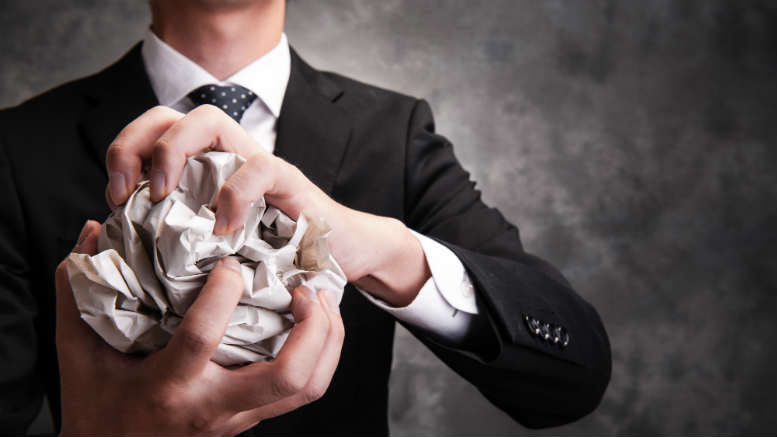 What the liquidators' lobby thinks of the corporate regulator's latest user pays proposals.

Electronic communications are like confetti – uncontrollable once released – and it didn’t take long before details from yesterday’s meeting between ASIC, Treasury and ARITA to began appearing in SiN’s inbox.

The meeting was arranged to discuss the controversial liquidators’ levy. To recoup the $9 million per annum ASIC says it spends regulating registered liquidators, the regulator has proposed that practitioners pay a fee of $5,000 per annum plus $550 per appointment taken in that period.

In an email obtained by SiN that was sent to the ARITA board and every state committee yesterday afternoon Winter said: “Following the meeting, we also noted that the original proposal paper includes increasing the application for registration fee from $366 to $8,800.”

Under the new Insolvency Law Reform Act (ILRA) liquidators will need to reapply for registration every three years. Winter said the proposals outlined yesterday could mean RLs will be paying $8800 every three years on top of the proposed annual fee and external administration levy.

“We are uncertain if this will require a payment of that scale each three years as well. These matters are subject to guidance in the forthcoming IPRs and the version we’ve seen of those IPRs isn’t clear on this,” Winter said.

Not content to let ASIC do all the shocking, Treasury’s Financial Systems Division head Meghan Quinn told the ARITA contingent that the costs: “can’t be ‘passed through’ and must be overhead costs, something Winter and his ARITA colleagues rejected.

“We strongly put the case that this is inappropriate, pointing out that the AFSA funding model is directly comparable in its goals and is based on a pass through of those costs,” he said. “We aren’t confident that this has been resolved.

“ARITA raised new concerns over this model, given the potential situation that a no-fund appointment will now incur a direct $550 fee while still requiring work to be done and other ASIC fees to be paid such as public notices advertising, etc.

“Given that the ILRA removes the position of Official Liquidator, we contend that there is no longer an obligation for a practitioner to take a job post 1 September 2017 and that this situation will lead to zombie companies that RLs will (rightly) not accept an appointment for the immediate loss it would incur.

“This may lead to a proliferation of pre-insolvency asset stripping leveraging this situation in the knowledge that a formal appointment won’t be taken. We’d also contend that it will place very significant costs on the ATO for its winding up work, where practitioners will require an upfront/fixed/guaranteed fee before accepting this type of work.”

Just when the ATO has been increasing efforts to shut down illegal phoenix operators and make a dent in Australia’s $20 billion plus tax debt.

“There is no doubt that this model has significant unintended consequences which result in poor public policy outcomes,” Winter said. “It will certainly lead to many good practitioners questioning their business model, especially if they are small practitioners or deal with high volume/low cost insolvencies.”

The ARITA contingent also received more detail on the costs to ASIC of regulating the insolvency profession. This was information ARITA had been chasing for some time and it was only last week that Winter had told state committee members in West Australia that he might be forced to lodge a Freedom of Information request to get answers. See: ARITA and ASIC to meet over levy proposal

ASIC commissioners John Price and Greg Tanzer revealed yesterday that the original $9 million per annum figure posited as the cost it incurred regulating the insolvency profession was a tad high. Apparently it’s $8.65 million.

$4.65 million is the cost of 13 full-time equivalent (FTE) staff plus overheads focussed solely on regulation of insolvency practitioners. (As opposed to the remaining 37 per cent of FTE insolvency-related staff focussing on directors and corporations). Remember that this is the division which saw some very senior staff let go in the last 12 to eighteen months and an almost 20 per cent reduction in staffing levels since 2011.

Another $4 million is apparently spent on enforcement actions against practitioners. It seems a lot of money for very few disqualifications but it does buy a swag of voluntary and enforceable undertakings.

The question is, if the fee model proposed yesterday comes into force in the second half of 2017 in line with the now delayed introduction of the ILRA, how many registered liquidators will be still around and willing to be subject to it?