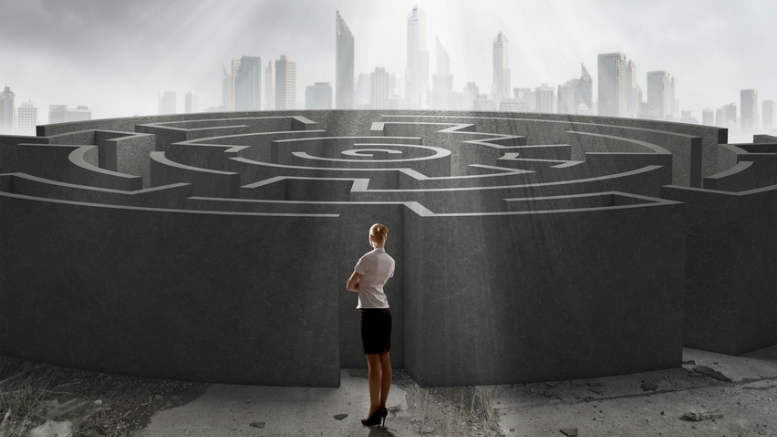 Hoping to emerge from the Mossgreen labyrinth with lien intact: BDO’s James White.

It’d be unfair to suggest that every attempt at resolving the Mossgreen auction house imbroglio has merely driven the hapless imbrogliees deeper into the legal warren excavated by their competing claims, but Federal Court Justice Nye Perram’s latest ruling doesn’t exactly dispel the cynicism.

In White, in the matter of Mossgreen Pty Ltd (Administrators Appointed) (No 3) [2018] FCA 711 the reality is laid bare. Four classes of creditor claim a total of $18 million and there’s maybe $2.8 million in the pot.

$1.6 million of that is cash in the bank. The remaining $1.2 million is receivables to be recovered from debtors, most of whom purchased goods from Mossgreen prior to its insolvency but haven’t paid for them.

About $10 million worth of claims come from 500-odd vendors who had consigned goods for sale by the auction house before its directors appointed BDO’s James White, Andrew Sallway and Nick Martin as voluntary administrators on December 21, 2017.

As the judge observed, those 500 claimants are likely to receive nothing unless they can prove that they are not unsecured creditors because a constructive trust exists over the funds the purchaser of their goods has yet to pay.

“In short, one here is faced with a labyrinth with no clear path to resolving the competing claims,” Justice Nye Perram.

The BDO trio – who were appointed liquidators on May 7, 2018 – meanwhile are asserting their priority lien in circumstances where they spent $1.1 million conducting a stocktake of the goods held by Mossgreen in various warehouses. So far that argument hasn’t gone well. See: White, in the matter of Mossgreen Pty Ltd (Administrators Appointed) v Robertson [2018] FCAFC 63

There are also a small number of priority creditors in the form of employees and then there’s the secured creditor, an outfit called Jadig Investments Pty Ltd connected to Mossgreen’s former chairman and financial backer Jack Gringlas, who left the company in August 2017.

Jadig is claiming $6 million. It opposes the vendors’ claims for a trust declaration and has warned that if there’s a hearing on the question and it is successful it’ll go after the unsecureds for its costs.

“This would appear to provide a powerful incentive against any unpaid vendor being willing to volunteer as a representative party,” Justice Perram observed.

He also said that the BDO trio appear to be “entitled to an indemnity out of the assets of the Company for the costs of the stocktake and that indemnity is supported by a lien.

“The liquidators claim that that lien, as well as the claims of the priority creditors who are employees, rank ahead of the claims of the Secured Creditor,” Justice Perram said before summarising the complexities.

“What now exists, therefore, is a three-way tussle (four-way if one counts the priority creditors) over a fund of $2.8 million by sets of parties who all have the right to feel highly aggrieved that they find themselves in this situation at all.

“The unpaid vendors thought they were selling goods at an auction house and had no reason to believe they would find themselves in a very complicated court case apparently having to argue that they should be paid for what they sold.

“The Secured Creditor put a lot of money into the Company and took a security interest precisely to protect itself against being involved in disputes such as the present.

“The liquidators, who had nothing to do with the Company at all until they were appointed administrators, now find themselves fighting for their own remuneration which is normally very rarely in issue in a winding up. In short, one here is faced with a labyrinth with no clear path to resolving the competing claims.”

While the ultimate contest – if the parties don’t find a way to settle – will involve the liquidators, Jadig and the priority creditors, lurking close by in the labyrinth will be the Commonwealth via its FEG Recovery Unit. If Jadig is successful in elevating its security above the priority claims of the employees expect FEG to intervene, tooth and claw.

Meanwhile, the judge has ordered the matter return for directions on September 18, 2018.