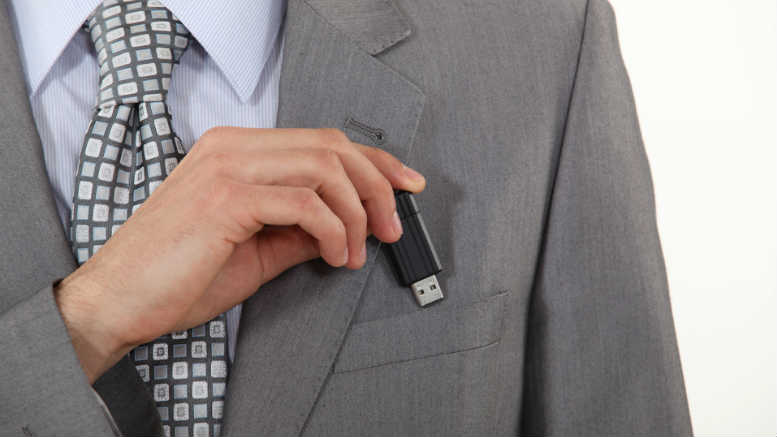 A fresh judgment was produced by the Supreme Court of West Australia last week that constitutes a win for Pitcher Partners WA partner and Westgem Investments liquidator Bryan Hughes in his marathon dispute with secured creditor Commonwealth Bank over the date of Westgem’s insolvency.

Specifically, the court was asked to decide whether a Quickbooks data file saved to a USB stick constituted “books and records” and was therefore admissible.

Initially there’d been been no quarrel. The defendant’s legal representatives had had access to the contents of the stick since December last year and were prepared to raise no objection to the material’s admission.

That position however was contingent on Westgem’s financial controller Greg Downer also providing a witness statement and presenting himself to the court for cross examination.

When Hughes’s lawyers detonated a small disruption in the capital of their opponent’s neutrality, the truce was ended.

“On 16 April 2018 senior counsel for the plaintiffs informed the court that Mr Dower’s witness statement would not be read and he would not be called. The admissibility of the Quickbooks data file has been hotly contested since that date,” Justice Paul Tottle said.

Effectively lawyers for the CBA changed their position, arguing against the stick’s admittance by virtue of the following reasons:

“(a) There was no evidence given by a witness as to the provenance of the Quickbooks data file and there is no print out associated with the tender.

(b) The plaintiffs have not proved that the software (‘the Reckon software’) used to access the Quickbooks data file could do so accurately and fully. The defendants consented to the use of the Reckon software to access and review the data file for the purposes of determining its admissibility without making any concession as to the ability of the software to accurately and fully access the data.

(c) The Quickbooks data file is not a ‘book’ for the purposes of s 1305 of the Act because it does not state or record matters that may be reproduced but is a compilation of data which may be manipulated to generate reports depending on the parameters selected by a person using the software.

(d) A report generated by the plaintiffs, the defendants or the court using the software to manipulate the data will not be a book which has been ‘kept’ by Westgem for the purposes of s 1305.

(e) The Quickbooks data file is said to contain information for the period 2004 to 2011. It is not possible to know whether the data is relevant to a matter in issue without having reports generated from the data file. At this stage no such reports have been generated. Thus, the plaintiffs have failed to demonstrate the relevance of the data file.

(f) The court should exercise its discretion to exclude the Quickbooks data file because the evidence contained in it will be unfairly prejudicial to the defendants if reports are generated of which the defendants have had no notice.”

Hughes’ response to those submissions were:

“(a) The defendants’ submission that the provenance of documents or information the subject of the tender must be proved by some evidence other than the document itself leaves no work for the words ‘purporting’ in s 1305(2) and ‘purports’ in s 1306(6) to do.

(b) The Quickbooks data file contains prime books of entry which the plaintiffs’ senior counsel described as ‘basal information’ that had not been manipulated by the software. He set out to establish this by demonstrating in the course of the hearing the nature of the information recorded in the data file.

(c) The text of the relevant statutory provisions did not provide any warrant for taking away the ability of the tendering party to make use of the computer program into which the information was entered so that courts, amongst others, could work out a company’s financial position on a particular day. The plaintiffs argue that s 1305 is intended to be facilitative and should not be construed narrowly.

(d) The concept of ‘purporting’ introduced in s 1305(2) and reflected in s 1306(6) removes the need for the tendering party to prove the software, that is, if the computer system produces an image on the screen of a document that purports to be a book of the company, that alone is sufficient to make it admissible.

(e) It is necessary to tender the entire data file containing information for the period 2004 to 2011 because, for the purposes of admissibility, the whole document must be tendered.

(f) The plaintiffs will provide print outs of the reports on which they wish to rely upon by 11 May 2018. These include but are not limited to the aged payable summaries attached to the fourth amended substituted statement of claim. The plaintiffs wish to tender aged payable summaries for other dates in the period between September 2009 and October 2010 as well as balance sheets on various dates. These will be retrieved from the Quickbooks data files in report format.”

Ultimately Justice Tottle found that even if CBA could make a case that it would be prejudiced by the stick’s admittance, that could be dealt with after Hughes identified which data on the stick he intended to rely on. The stick, as they say, is in.

Be the first to comment on "Pitchers’ Hughes proves stick admissible"