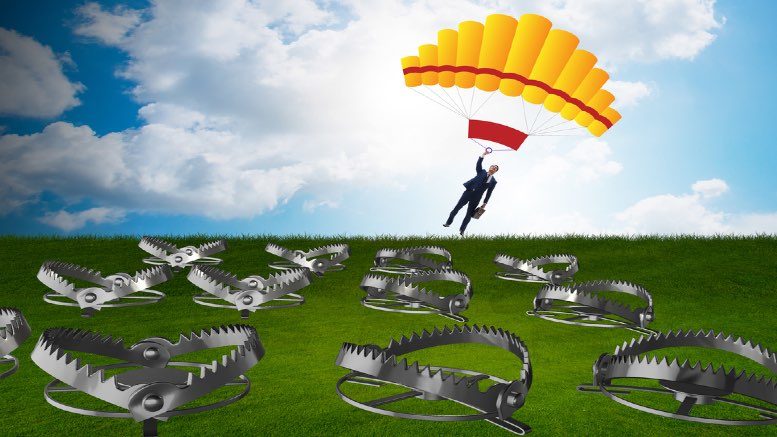 When liquidators accidentally pay themselves remuneration from trust assets for work unrelated to the recovery and preservation of those trust assets then a reckoning is nigh.

For McGrathNicol duo Jonathan Henry and Kathy Sozou, that reckoning took the form of an application in the NSW Supreme Court recently for retrospective approval of a sum of remuneration – substantially discounted – in respect of their work as joint liquidators Double Bay Property Management Pty Ltd and as joint receivers of the assets of an underlying trust.

“Mr Henry has acknowledged that he and his joint liquidator were mistaken in drawing that remuneration without Court approval in circumstances where the remuneration was (albeit related to liquidation work) paid out of trust assets, and Mr Henry has apologised for the oversight and seeks retrospective approval from the Court with respect to that part of the remuneration.” Justice Julie Ward.

The details of this very fine illustration of how the first wave of pandemic lockdown measures upset the deadline driven work of insolvency practitioners are to be found in: In the matter of Double Bay Property Management Pty Ltd (in liq) [2021] NSWSC 996.

Through barrister Hugh Sommerville, the company’s sole director – McGrath real estate agent Albert Sassoon – got in touch with McGrathNicol in January 202 via a call Sommerville made to then McGrathNicol staffer Raj Goyal, who’s since moved to Wexted Advisors.

Henry and Sozou were appointed as liquidators on February 5, 2020 and soon discovered that while the main work of the company was to act as a property manager and its sole asset was the rent roll, DBPM was trustee of an underlying unit trust and at the time of their appointment, a company Sassoon controlled called Danatjes was the sole unit holder of the Trust.

Naturally enough under the terms of the trust deed as soon as it was deemed insolvent via the creditors voluntary winding up, it ceased to be the trustee of the trust. According to the evidence put before Justice Ward and as outlined in her judgement of July 19, at no time has Sassoon via Danatjes made any effort to appoint a new trustee.

Also naturally enough, Henry and Sozou applied to be appointed receivers so they could deal with the trust assets.

Meanwhile there was a buyer for the rent roll – the operation of which had to be maintained to preserve its value – and whilst that first potential buyer withdrew having been spooked by COVID closures, a second then came out for the woodwork. None other than Ms Anita Simons, Sassoon’s ex-mother-in-law.

This all occurred over February, March and April 2020 when the full impact of the first wave of COVID and the lockdown measures was being absorbed. It’s no great stretch to see how the claim for remuneration via creditor approval inadvertently included claims for work that required the court’s imprimatur.

“Mr Henry has acknowledged that he and his joint liquidator were mistaken in drawing that remuneration without Court approval in circumstances where the remuneration was (albeit related to liquidation work) paid out of trust assets, and Mr Henry has apologised for the oversight and seeks retrospective approval from the Court with respect to that part of the remuneration,” Justice Ward said.

“As to the quantum of the proposed remuneration, what is proposed is a sum, effectively, over the course of the whole of the winding up and receivership, in the amount of $240,407. That amount encompasses a substantial discount,” she added.

Her honour was also helpful in including a reference to the total value of work undertaken by McGrathNicol staff on both the liquidation and the receivership – $304, 316.00. So what’s a mea culpa cost? About 20 per cent.