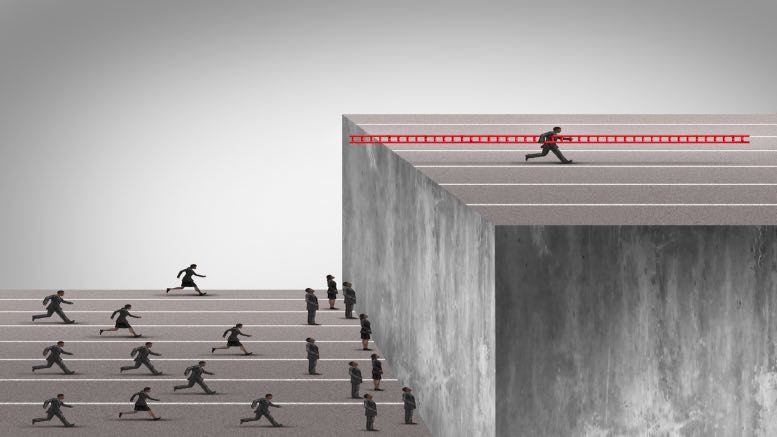 You would think the transfer of a bankrupt estate from one trustee to two others would be straightforward. It’s not like there’s no precedent upon which practitioners and their lawyers can rely.

Straightforward however is not a word that could be applied to the brouhaha that’s engulfed Worrells’ Daniel Cvitanovic and Steve Hundy, inheritors of an estate formerly in the hands of the currently suspended South Australian insolvency practitioner Peter Macks.

“By this clause the Trustees had agreed that Mr Macks would continue to take what action was necessary to regularise the proceedings before me, including resisting the applications for dismissal, without any further action by the Trustees at least until a court determined the application the Trustees intended to make for the approval of the assignment of the Causes of Action.” Justice Nicholas Manousaridis.

There are a number of reasons why this particular estate – which passed through the Official Receiver’s hand on its way to the Worrells pair – is problematic.

Among them is the fact that proceedings commenced by Macks in 2019 against parties related to the bankrupt have, according to those related partiers, languished and should be dismissed for want of prosecution.

They have since applied in the Federal Circuit Court for just such orders.

There’s also the problem that Macks currently has no standing to prosecute the proceedings.

Macks was appointed trustee of the bankrupt estate of Ms Unju Lee back in 2014 and the 2019 proceedings attack a range of transactions involving interests in property once owned by the bankrupt going back to 2012.

But on February 12, 2021 a judge of the Supreme Court of South Australia ordered that Macks’ liquidator’s registration be suspended for a period of three years.

AFSA followed suit, suspending his registration as a trustee in bankruptcy for three years from February 23, 2021.

From the perspective of those related parties whom Macks had been pursuing, this lent further weight to their claim that the proceedings should be dismissed.

Cvitanovic and Hundy – who became the trustees of the estate on April 1 – initially appeared to do nothing to formally substitute themselves so as to revitalise the stalled proceedings, a course of action which, when combined with the actions of the lawyers acting for Macks and for the trustees, brought the usually amicable Federal Circuit judge Nicholas Manousaridis to the brink of exasperated fury, as can be gleaned from Macks as Trustee of the Bankrupt Estate of Lee v Lee (No 2) [2021] FCCA 1800.

But things are not always as they seem, which brings us to the next reason why this estate transfer has been so problematic.

As you can imagine, Macks generated a substantial amount of unpaid remuneration over the course of his six or so years as trustee of the Lee estate, and he wasn’t going to abandon proceedings that could lead to fees just because he’d been temporarily struck off. Enter the deed of assignment.

One of the reasons the Worrells pair might not have been enthusiastically substituting themselves as applicants in the proceedings commenced by Macks at the very first opportunity was due to the fact that the trustees and their predecessor were working out how the causes of action first identified by Macks could be assigned to him in his personal capacity.

A deed of assignment was executed on June 25, which among other things provided for the causes of action to vest in the new trustees in the event the court denies Macks standing.

And as is clear from the deed as analysed by Justice Manoursaridis, the cost of bringing all this about was to be borne by Macks.

“By this clause the Trustees had agreed that Mr Macks would continue to take what action was necessary to regularise the proceedings before me, including resisting the applications for dismissal, without any further action by the Trustees at least until a court determined the application the Trustees intended to make for the approval of the assignment of the Causes of Action.”