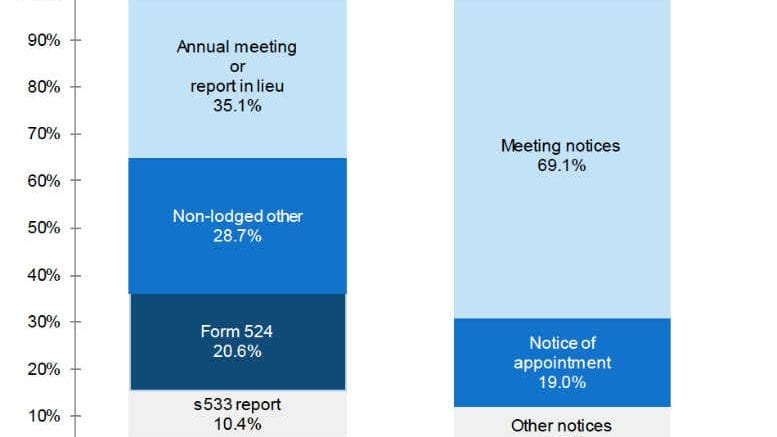 Breakdown of forms not lodged and notices not published by percentage. 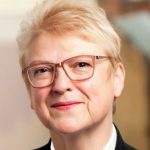 Well the results of ASIC’s published notices website and lodgement project’ have been collated and it appears that the vast majority of Australia’s 700 or so registered liquidators scarcely miss a beat when it comes to compliance.

Given the Niagara of compliance RL’s deal with those numbers deserve a more salutary adjective. Overwhelmingly doing the right thing, albeit with the occasional omission perhaps?

And there were of course some stragglers whose tardiness or failure to lodge was next level.

Five liquidators also requested cancellation of their licence during the life of the program, which began in 2013, just six months after ASIC launched the published notices website in July 2012, and concluded in June 2017.

One of the most common errors was a notice published with an incorrect ACN. As it turns out, while many if not most RLs assume otherwise, ASIC’s published notices website is not linked to its corporate register and therefore doesn’t automatically detect that the ACNs don’t match.

Despite all the touted power of computing, databases are still too often isolated and incapable of sharing information.

Nor did the report provide any information on how often the incorrect ACN was on the corporate register and therefore ASIC’s responsibility to rectify.

What the report does contain is a wealth of useful guidance about how to deal with each of the RL’s myriad notice and lodgement obligations and given RLs sometimes blamed an omission or error on a staff member, the report should be read by every member of every RL’s team.

Useful this report is, but ASIC’s continuing focus on a highly regulated and mostly compliant population of about 700 RLs whilst ignoring the damage done by hundreds of individuals unfit to be directors of companies continues to rankle.