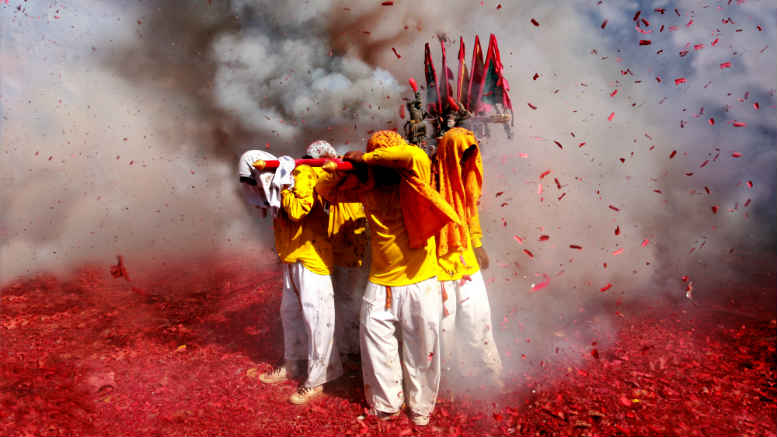 Even the most adept practitioner can take on unpredictable appointments

John Lindholm is not a name one associates with controversy. A few years short of Ferrier Hodgson’s compulsory retirement age, the Melbourne office’s straight-talking chief has a sound record.

But circumstance thrusts contention upon unlikely bearers and Lindholm is currently dallying with unwelcome publicity thanks to his role as administrator of failed vocational education group Australian Careers Network (ACN) Group; his trading of Showgirls Bar 20 and; his decision to dip – then withdraw – a toe from the unsavoury brouhaha immersing Bruck Textile Technologies (BTT).

As the latter can be categorised as a bullet dodged, SiN will focus first on ACN, noting at the same time that government is involved in both ACN and Bruck and that ASIC’s investigatory snout is embedded in the affairs of Showgirls Bar 20 owner Planet Platinum and the practitioner Lindholm succeeded there.

In terms of ACN, the determination by Lindholm and joint administrator George Georges that the Federal Department of Education and Training (DET) may owe ACN group entity Phoenix Institute of Australia up to $253 million and that they are contemplating legal action to get it was always going to stir the pot.

When the pair then endorsed a deed of company arrangement (DoCA) in defiance of the DET’s preference for liquidation, the controversy grew. DET itself is reportedly hoping to recover $106 million in Commonwealth funding paid to Phoenix before it collapsed. But that’s not the only element elevating eyebrows.

Lindholm told SiN that he and Georges are fully funded from the company’s resources should they decide to investigate individuals associated with ACN’s demise.

In the event that they do subject ACN’s directors and officers to public examinations, Lindholm will likely have questions for ACN co-founder of Ivan Brown, who has been the subject of an Australian Federal Police investigation into allegations around the suspected supply of false and misleading documentation to DET. However Lindholm has also done business with Brown.

The minutes of the May 4 creditors meeting record that on April 11, 2016 Lindholm and Georges sold Integral Recruitment Services (IRS) to IBT Wizard, netting creditors $400,000. IBT Wizard’s sole director is Ivan Brown. Lindholm told SiN the sale process was conducted through a proper and thorough tender process, which isn’t controversial, even if the winning bidder and the source of the funds used to buy IRS may be.

And what appointment isn’t complete without a gripe about pay? In the case of ACN it was the Australian Taxation Office (ATO). After aligning with the DET to oppose the proposed DoCA, the ATO’s representative then set about resisting Lindholm and Georges’ fees.

She argued that $635,354.00 plus GST for the period March 21 to April 19 was excessive and demanded a poll on the resolution seeking approval for the liquidators’ remuneration. Lindholm as chairman chose not to vote the proxies he was holding. Consequently the resolution failed. Lindholm and Georges will now seek remuneration approvals from the courts. No doubt they won’t be bringing such applications before Justice Brereton.

Defying the DET and the ATO in one meeting? The only thing more controversial than that would be exotic dancers, which brings us to Planet Platinum.

Lindholm was appointed liquidator of the ASX-listed strip club and bar owner in September last year after ASIC intervened to relieve voluntary administrator Gideon Rathner of the burden. But there’ll be no regular inspections of the Showgirls Bar 20 facility by Lindholm’s team.

He told SiN it is standard policy for Ferrier Hodgson staff to refrain from attending “entertainment venues” if the firm is appointed to the companies that own and/or operate them. SiN heard it was more a case of: “If you’re caught in that strip joint, you’ll be sacked!”

The query about Planet Platinum was one of the few that elicited a response. Lindholm certainly would not confirm that he is nearing the firm’s mandatory retirement age of 55 for equity partners.

Nor would he respond to questions around his fleeting dalliance with the management and owner of BTT, details of which emerged during recent public examinations conducted by BTT liquidator Andrew Needham of HLB Mann Judd.

On February 2, 2016 Lindholm’s mate and regular referrer Kon Tsiakos of DLA Piper was quizzed in the NSW Supreme Court about conversations he had with Lindholm and with fellow DLA Piper partner and Bruck adviser Rick Cantanzariti, an employment law specialist and partner at the firm who had already been examined by Needham in October 2015. Canatanzariti had been approached more than a year earlier by Bruck owner Philip Bart and chief executive Geoff Parker for advice about what role the Fair Entitlements Guarantee Scheme (FEG) might play in any restructure of BTT.

During Tsiakos’s examination, he was asked about one of Cantanzariti’s file notes, which recorded Tsiakos relaying comments from Lindholm after he had met with Bart and Parker at Tsiakos’s request. Clearly, Lindholm’s antennae was sufficiently acute to spot the issue with the proposed restructure.

“John (Lindholm) thinks he (Bart) preferred a pre- appointment sale, whereas John thinks do the sale through a VA. John is loath (sic) to be involved if it’s a pre-appointment sale.”

Loathe to be involved? Very wise. The alternative would’ve been controversial.

Be the first to comment on "Lindholm’s hot potato appointments"