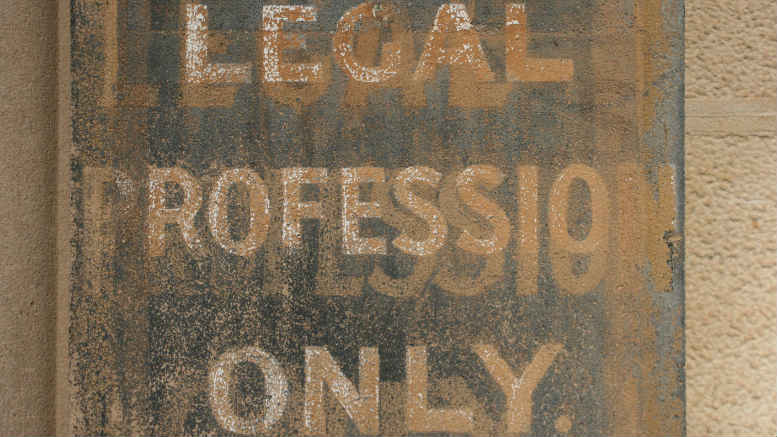 Jirsch Sutherland’s Glenn Crisp and Renee Di Carlo must be relieved. NSW Supreme Court Judge Ashley Black has approved their application to distribute a preferential payment to a funding creditor without uttering a single Breretonism about their pay. Quite the contrary in fact.

As liquidator of Waterfront Investments Group, Crisp wanted to pay creditor Owners Strata Plan 80454 (OSP) a $50,750.98 preferential payment and made application to do so back in March this year.

The payment was in recognition of OSP funding examinations and litigation that ultimately proved crucial in enabling Crisp to secure $658,885.00 from legal actions for uncommercial transactions and breaches of directors duties.

Major creditors like the ATO and BankWest, – each owed more than $2.5 million – had declined Crisp’s invitation to bankroll the proceedings, which the judge described as “complex”.

OSP however, owed about $350,000, came on board. Not only that, the contribution by the little creditor that could was instrumental in enabling recoveries that Crisp was then able to put towards paying his lawyer – Nick Dale of Gillis Delaney – as well as his own fees. And despite making mention of Crisp’s fees in his judgment, Justice Black made no Breretonesque references to proportionality.

“A significant sum has been recovered by the litigation, although a significant part of it has had to be applied, understandably, to meet the cost of complex proceedings, the liquidator’s remuneration, which is properly paid given the public interest in liquidators providing their services, and only a relatively smaller amount is now available for distribution to creditors,” he said.

Given Crisp’s initial application came before Justice Paul Brereton, the Jirsch partner can consider himself lucky it didn’t stay before the judge who’s jihad against liquidators’ billing hourly rates is causing consternation among a profession that does tens of millions of dollars worth of unpaid hours per annum. Justice Black however was focused on why the preferential payment should proceed.

Read the judgment at : In the matter of Waterfront Investments Group Pty Limited (in liquidation) [2016] NSWSC 687.