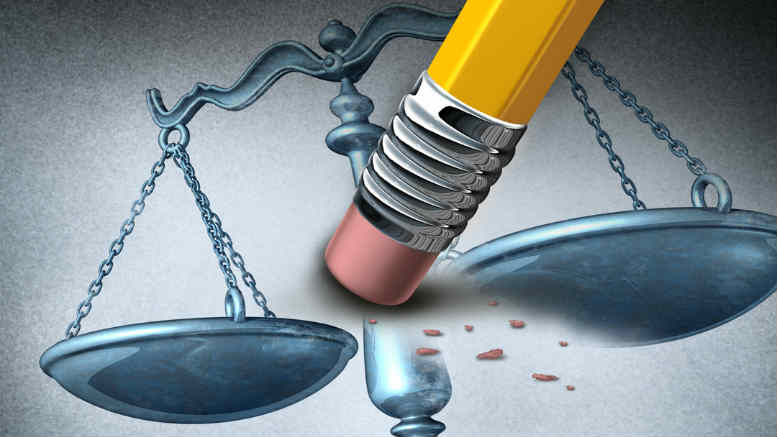 SV Partners’ Jason Porter has won an order for his remuneration but been denied a sum he was seeking for the lawyers who’ve been acting for him In the matter of Day & Night Online Transport Pty Ltd [2019] NSWSC 292.

The outcome followed NSW Supreme Court judge Kelly Rees yesterday ruling on the ticklish question of whether a solicitors’ fees may be approved as liquidator’s disbursements.

Seems that at least in this case the answer’s no.

Porter was appointed liquidator of Day & Night Online Transport Pty Ltd on May 1, 2018 following the initiating of winding up proceedings by Toll Aust Pty Ltd, which in January 2018 had issued Day & Night with a statutory demand for $12,443.54 in unpaid tolls.

As it turned out Day & Night had changed addresses when it changed accountants in 2015 and never advised ASIC so it never received the demand.

Three days after Porter’s appointment Day & Night filed an Interlocutory Process to terminate the winding up.

On 8 May 2018, Porter’s wrote to Day & Night outlining what was required for the termination application to succeed.

On 11 May 2018, Porter agreed to terminate the winding up subject to payment of his costs and those of his solicitors, then totalling $10,907.88.

This is where it all went awry.

Expecting them to be approved in chambers Night & Day’s solicitors filed consent orders terminating the winding up on 16 May 2018.

As Justice Rees points out: “Such an approach by the Company’s solicitor was unlikely to have met with success as, when a company is placed in liquidation, the Court needs to be satisfied that the company is solvent before the liquidation is terminated.”

Indeed, Porter and his solicitors had stressed to the company’s lawyer on May 11, 2018 that: “we still have concerns that the Court will not make the requested orders by consent in absence of further affidavit evidence of solvency”.

The same day the consent orders were filed Porter received a cheque for his fees up to and including 16 May 2018.

As expected by all the parties except perhaps Night & Day’s solicitors, the consent orders were not made.

Instead, the matter was listed for directions before Justice Ashley Black on 21 May 2018.

Night & Day didn’t appear, although apparently the transcript indicates that Porter had expected that it would.

Justice Black stood the matter over to 28 May 2018 and Porter naturally began to prepare his Report to Creditors so it could be drafted and reviewed before it was due.

On May 28, 2018 Justice Fabian Gleeson set aside the order appointing Porter and the question of Porter’s costs immediately arose.

He had had to attend court on two occasions because the company hadn’t filed affidavit evidence of solvency or submitted the consent orders via the Online Court system.

Night & Day offered $5,750 in full settlement but never paid it (the judgment is unclear as to whether Porter agreed to accept it).

Justice Rees said: “It appears that in this way the liquidator seeks to have his legal fees approved by the Court as a disbursement rather than incurring the cost of having them assessed.”

But: “…. a liquidator’s remuneration does not include disbursements.

“In any event, Gleeson JA has already made a costs order in respect of those costs.

“It may be that the liquidator would seek to vary his Honour’s order and, instead, seek his costs in a fixed sum under the Uniform Civil Procedure Rules.”