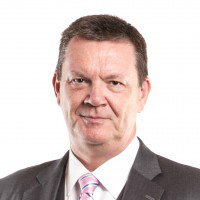 Ex-Worrells partner Michael Peldan: there’s an examination summons with his name on it.

Worrells’ Morgan Lane and former colleague Michael Peldan could soon find themselves probed by a replacement liquidator after examination summons were issued for the Queensland-based practitioners in regards to Waltek industries Pty Ltd.

SiN does not know yet if the intended recipients of the summonses have been served but at this point Waltek’s incumbent liquidator Jamieson Louttit is expected to pursue the pair to public examination.

Waltek was incorporated on June 1, 2015 and ceased to trade on July 13, 2015. Lane and Peldan were appointed liquidators of Waltek by the company’s sole shareholder and director, one David Julian Raphael the same month.

The following paragraph from Lane and Peldan’s first report to creditors is instructive: “We have been advised that the company purchased the stock and took over the employees of another company (an unsigned contract indicates Walter Wadey & Co Pty Ltd) on or about 15 June 2015.

“We have also been advised that the stock was sold prior to the company ceasing to trade and the employment of employees ceased just prior to the time of our appointment.

“I am in the process of collecting the records of the company and gathering documents and information on this issue and the usage of the funds allegedly paid for the stock. At this stage we have not been able to confirm any of this advice,” Peldan said.

Lane and Peldan were referred the job from Waltek’s accountant, LG Solomon Pty Ltd, with which the Worrells’ duo disclosed they had an ongoing professional relationship. Their DIRRI revealed that Waltek’s accountant had deposited $8,800 into a trust account to cover initial expenses which had not been accessed pending creditor approval.

Their DIRRI also disclosed that they had finalised the liquidation of another of the director’s companies – Milli Holdings Pty Ltd – in September 2014 but, as at the date of their Waltek DIRRI they knew of no transaction that would give rise to a conflict. Fair enough. But not everyone was happy.

When the director resolved to liquidate Waltek, the employees – who had only recently been shipped across from Walter Wadely & Co – decided for reasons unprintable, to seek out a replacement. They referred the job to Louttit, who signed a consent to act on July 15, 2015. We don’t know how they found him. Google Ads maybe?

While Lane and Peldan’s DIRRI outlined how they had received no funding from any source, replacement Louttit is being funded by FEG, which is no small irony given FEG recovery czar Henry Carr is chasing Louttit for as much as $500,000 – paying liquidation expenses from the proceeds of non-circulating assets remains a fraught affair.

That FEG funding will bankroll the public examinations which will certainly also seek to obtain information from Raphael about the Walter Wadey & Co transaction that preceded the appointment of Lane and Peldan.

Meanwhile, Peldan’s retirement in February this year might not present a difficulty only for Louttit, who will presumably have to find the ex-Worrells veteran to complete service of the examination summonses.

SiN wasn’t able to track down Peldan to ask him why he hadn’t notified the regulators and whether he intended to let his registrations lapse. Not all tees have to be crossed apparently.