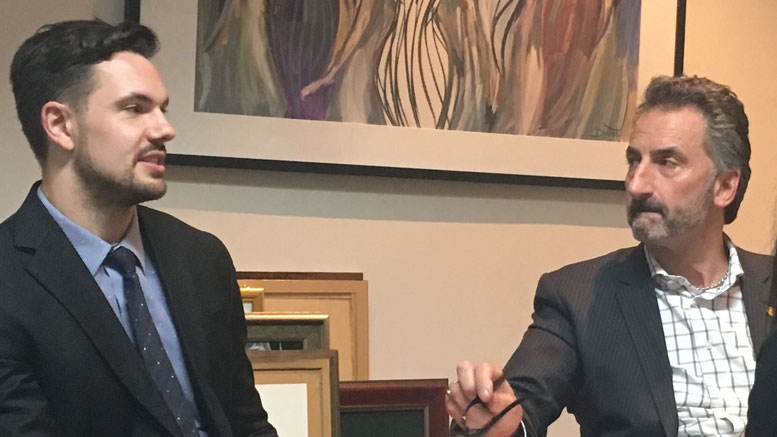 STEPHEN Hathway hasn’t wasted time. Little more than a month after being ejected from the SV Partners’ Sydney practice he co-founded, Hathway is up and running with a new outfit he’s dubbed Helm Advisory.

ASIC records show Helm Advisory Pty Ltd was registered on August 31 and SiN dropped into the new offices at 32 Martin Place yesterday to meet the team.

The core is made up of SV defectors. There’s senior manager Adam Preiner, senior accountant Yuhan Tan and supervisor Alvin Yu. Their decision to break with SV was critical in ensuring Hathway could continue managing the appointments he brought with him.

Including the founder and the SV three, Helms’ initial complement is seven but Hathway said he’s on the lookout for another registered liquidator and possibly a trustee in bankruptcy to complete the team, which he sees as operating firmly in the SME debtor space.

“There’s a whole discussion about what is the ideal size of a debtor’s insolvency practice,” Hathway said.

“The trap is growing it to a size where you start building a head office and the head office starts charging and some people in the head office don’t believe they have to work on the files and they just become something that has to be paid for,” he said.

“We are certainly not making anyone redundant, in fact there are top quality candidates in the market at present so it gives us an opportunity to hire them,” van der Velde said.

Be the first to comment on "Ousted Hathway launches new firm"