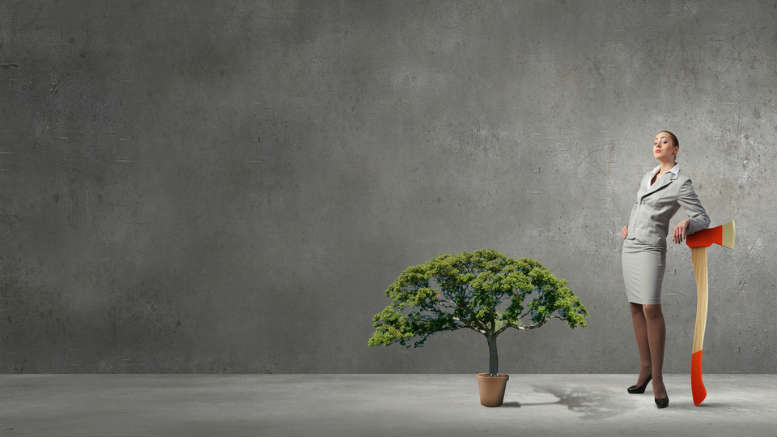 When you’ve accepted an interim appointment by court order for an explicit purpose it’s best not to undertake work not the subject of said order, particularly if there’s a chance that your subsequently contested remuneration claim might be assessed via application of the so-called “broad axe” wielded by NSW Supreme Court Judge Paul “Proportionality” Brereton.

Sadly for Mackay Goodwin owner Domenic Calabretta a claim for about $100,000 for three week’s work has been so assessed.

In the matter of Gondon Five Pty Limited and Cui Family Asset Management Pty Limited [2019] NSWSC 469, Justice Brereton invoked the “broad axe” in explaining the approach the court is required to apply to questions of remuneration brought before it by insolvency practitioners.

Calabretta’s claims were not, Justice Brereton said, opposed on the basis that his rates were excessive.

“The fundamental disputes are whether, having regard to the nature, object and outcomes of the appointment, substantial parts of the work done by the Receiver for which he claims remuneration were not reasonably performed, and/or the total amount claimed and work done was not reasonably proportionate,” the judge said.

“The work for which the Receiver claims remuneration was in large part not reasonably undertaken in the course of a short-term interim appointment as receiver and manager for the purpose of securing assets.” Justice Paul Brereton.

Those objecting to the size of the remuneration claim apparently became concerned at the extent of the work which Calabretta, senior Mackay Goodwin staffer Andrew Ngo and their solicitors Piper Alderman appeared to be undertaking, and challenged Calabretta’s approach – “and in particular his stated intention to prepare a “report” for the Court – pointing out that the appointment was an interim one, that the Court had not directed preparation of any such report, and that preparation of a report would incur significant costs”.

Calabretta, who was examined by the parties objecting to his claim, also copped some stick from the judge in regards to some, but not all of the issues of credit raised by those objectors.

“Some, though not all, of those criticisms are well-founded,” Justice Brereton said.

“In particular, I am unable to accept as creditworthy the Receiver’s claim that the communications between Piper Alderman and himself about removing Marsdens were confined to their role in acting for Gondon as vendor in the conveyance of units (the circumstances and communications simply do not permit that interpretation);

” … nor his evidence that there was no work done in respect of preparation of a report which he would not in any event have undertaken even had he not misapprehended that a report was required (notwithstanding that until as late as 15 December 2017 he was contemplating preparing a report for the Court in advance of the 21 December hearing, for which preparation must necessarily have by 15 December been well-advanced);

“… nor that he thought he might be required to prepare a report by Corporations Act, s 422 (in cross-examination he suggested that an issue on 15 December was “my obligations under section 422” (to report contraventions to ASIC), and that this was a reason for seeking the Court’s directions;

” .. he then said that it was a “side issue” – in fact it was not referred to in the application on 15 December at all, and it had never previously been mentioned).

“These were explanations, advanced to explain away issues raised with the Receiver, which the circumstances did not objectively accommodate,” the judge said.

Ultimately Justice Brereton found that: “The work for which the Receiver claims remuneration was in large part not reasonably undertaken in the course of a short-term interim appointment as receiver and manager for the purpose of securing assets,” he said.

“In particular, work in relation to investigation of pre-appointment transactions, the substantive litigation and the directions application, and the ABMG lockout, was not justified; and the amount claimed in respect of ascertaining the status of sales, and what the Receiver called “other necessary work” and “mandatory work” was excessive.

“That represents $2,850 per day for the 14 business days that the appointment was in place.”

The broad axe is back. Please take a moment to support INO’s continued chronicling of the insolvency profession.