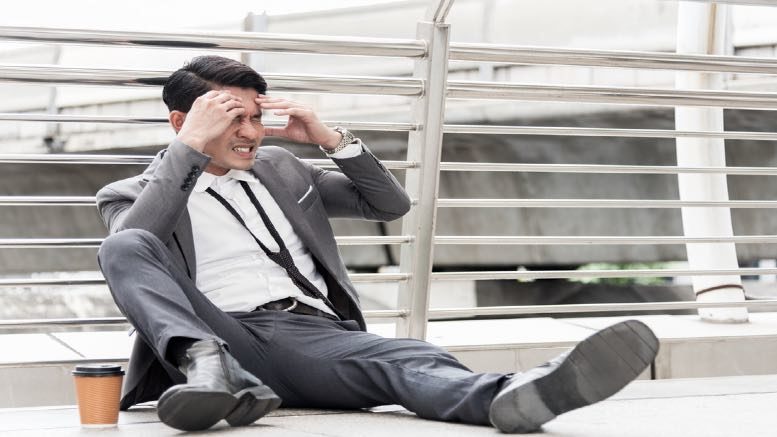 iNO would not presume to speculate on whether it’s poor judgment, an entrepreneurial appetite for risk or sheer desperation that compels registered liquidators to sometimes accept appointments as voluntary administrators (VA) in situations where it would seem, even to your correspondent’s lay understanding, that only a liquidator will do.

Such thoughts occurred however as iNO considered the very recent winding up of Victor Sports Pty Limited, an application the hearing of which was delayed only slightly by the intervention of Con Kokkinos and Matthew Kucianski, the company’s freshly appointed VAs.

The Worrells pair – who were appointed on August 11 upon referral by the company’s accountants Green & Sternfeld – sought an adjournment of the hearing of the August 23 winding up application so that they could report to creditors on any deed of company arrangement (DoCA) that Victor Sports’ directors might chose to propound.

Whilst that’s perfectly orthodox the fact that directors Andrew Shenkel and David Goldman had sold the business’s assets to an unidentified entity in March this year makes one wonder what assets a DoCA could utilise to generate the return necessary to persuade anybody – including experienced insolvency practitioners – that the deed’s returns to creditors would be superior to those that might be identified via liquidation?

The Minutes of the first meeting of creditors held virtually last Friday are instructive.

In response to questions from lawyer Terry Sperber on behalf of Victor Sports shareholder, ex-director and petitioning creditor Micah Franks, Kokkinos confirmed he had been informed at the first meeting with the directors that the sale of the assets was at an advanced stage but he had not been provided with any details.

What’s curious about this is that according to the VA’s DIRRI, the first meeting with both directors occurred on August 10, one day before their appointment.

Yet the Minutes record that prior to the first meeting on August 20 the VAs had provided Sperber with information confirming that the sale had been executed in March.

We sought clarification from Kokkinos this morning but had not received a response as at time of publication.

It might simply be a typographical error in the DIRRI, though what’s also noticeable about the declaration is that in no less than 14 pre-appointment interactions, Goldman’s name is never mentioned and in all the discussions of the company’s affairs there’s no reference to the sale, or even its contemplation.

Regardless, Kokkinos and Kucianski probably had no excess of hope that Justice Kelly Rees would agree to adjourn the hearing of the winding up when the parties put the matter before her on Monday.

After all the VA’s were not proposing to oppose the winding up if their adjournment wasn’t granted and as it turned out her honour wasn’t convinced that continuing the company in administration would benefit its creditors, including the ATO which is chasing more than $1 million in unpaid superannuation guarantees, a figure Shenker and Goldman dispute as being wildly inflated. It was calculated off the back of a tax office audit after all.

Justice Rees ordered that the company be wound up and Steve Kugel be appointed liquidator and will be up to Kugel to obtain some funding to determine whether or not the unidentified purchaser has any connection to the company or its officers and what has happened to the sale proceeds, which the directors had apparently wanted applied to paying creditors.

Kugel will also have to assess the claims of security asserted by Shenkel and Goldman, along with those of Brad Prout’s FC Securities. While it might sound complicated, in this instance liquidation seems the preferred, and necessary evil.