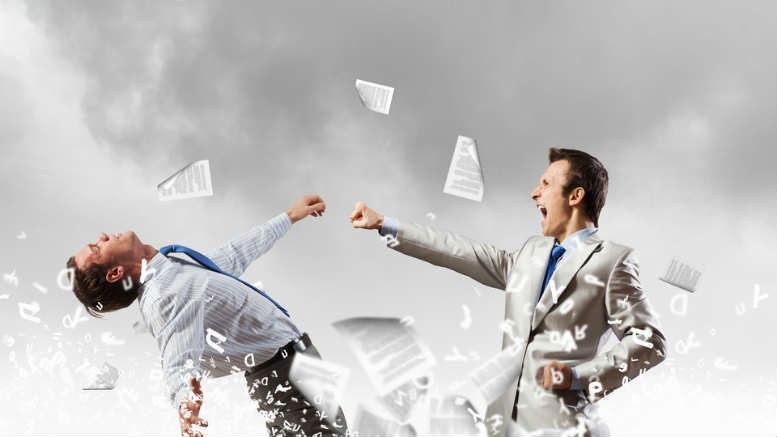 The long running dispute between Sydney liquidators Anthony Warner and Steve Kugel continues to fester with the pair now warring over the details of an accounting of the value of WIP from their partnership, which disintegrated in 2014.

In the NSW Supreme Court yesterday Justice Guy Parker – who was observed spending parts of the hearing with his head in his hands – heard counsel for Kugel and for Warner argue in support of the competing orders they’ve proposed be made to give effect to the judge’s October 31, 2018 judgment in Shazbot Pty Ltd v Warner Capital Pty Ltd [2018] NSWSC 1645.

While those sets of draft orders were not made public it would appear from the judge’s remarks yesterday that they do not accommodate His Honour’s key concern, namely that monies paid out to the beneficiaries of the discretionary trusts which resided behind the CRS Warner Kugel Unit Trust needed to be repaid.

In his judgment the judge ordered that a “referee” or “referees” be appointed to conduct an accounting of the WIP assets and goodwill of the partnership as it stood at September 2014 when Warner told Kugel he wanted out.

While Kugel and Warner are happy with either to undertake the WIP and goodwill accounting there is disagreement about the methodology to be applied.

Warner wants whoever is appointed referee to apply the valuation methodology he decides is most suitable to valuing the assets of an insolvency practice.

Warner has also filed a notice of intention to appeal the October 2018 judgment.

The judge however sounded more interested in ensuring the orders give effect to his key concerns, one of which is to “get the money back from the people who shouldn’t have it”.

This is believed to be a reference to income paid out to spouses and children as beneficiaries of the discretionary trusts which sat behind the CRS Warner Kugel Unit Trust.

Also troubling the judge were unfulfilled obligations the partnership owes to the Australian Tax Office (ATO).

“The parties have to bite the bullet on the fact that the money has been paid out and that’s an issue,” he said.

“That money has to be paid back,” he said adding: “I am tempted to simply appoint someone as a receiver and wind up the affairs of the partnership”.

A specialist taxation barrister appearing on behalf of Warner however explained why any amended tax assessments would be out of time.

There were also references to “income splitting”, “graduated tax schedules”,”tax-free thresholds” and the ATO ‘s response to a request by Warner for a Private Ruling, the latter prompting the judge to express some frustration given nobody in the court, including Warner, could or would tell him what specifically, was asked.

The case continues and given a great many insolvency practices are probably structured in a similar way this case could have significant implications, particularly if the issues around amended tax assessments don’t go away. INO will update when appropriate. Please take a moment to support INO’s continued chronicling of the insolvency profession.

Ex-Mates To Go Toe To Toe Over Failed Partnership