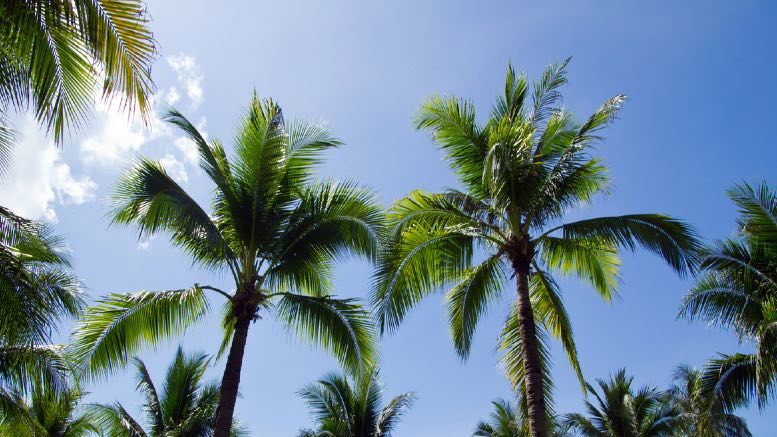 “although the adjournment sought is unusually long, I accept that decision-making may take longer for a government than an individual or a company. A process of due diligence is being undertaken to submit to cabinet for its consideration. I accept that the processes of governments generally take longer than those of commerce.” Justice Key Rees.

Since being appointed administrators of Orbis and PIH back on April 16, 2021 the Hall Chadwick have been trying to extract information out of Darin, who was appointed receiver of the companies in 2017 by Patrick Wong, a Malaysian investor who’s fallen out with Orbis’s directors.

While the directors have since declared bankruptcy with BPS Recovery’s David Sampson appointed trustee, the land, which is said to be littered with ageing unexploded munitions, has become the subject of a complex fight for control involving Wong, Darin, Orbis and PIH and its administrators and the Solomon Islands Government.

In their supplementary report to Orbis creditors dated July 23 Albarran and Vouris said they wrote to Darin on April 19 seeking information about an ongoing sale campaign he was supposedly conducting for the assets of Orbis Commodities and its related entities.

Why a sale campaign was still underway more than three years after Darin was appointed is, we hear, tied up with machinations involving his appointor and the Solomons Islands Government, which may want to acquire some of the landholdings and may not want to pay for them, nor pay a sizeable judgement debt obtained against it by Lever Solomons, the company that owns the land and in which Orbis and PIH have a substantial stake.

On April 27 the VAs wrote to Darin again, specifying that they were interested in information relating to valuations of the shares of Orbis and PIH; details of the sale campaign for the companies’ shares and details of any interested parties and expressions of interest if any.

Two days later Albarran and Vouris received a reply via Darin’s solicitors querying their reasons for seeking the information. They responded, to it seems, no avail.

They repeated their request again in June and in the same month Darin, who’d by this time engaged Eakin McCaffery Cox, replied through them that he’d require some time to collate the requested info.

Who was to pay for that time is not made clear however and as near as we can tell, the information sought is still being sought.

During this time Albarran and Vouris of course have been under the pump, seeking details of any deed of company arrangement (DoCA) proposal which might offer creditors with a decent return. There was certainly promise with Grant Thornton valuing the land at $123 million and Orbis and PIH’s’ share in that at around $49 million.

Wong made a very modest proposal. The Solomon Islands Government made a lavish one, at least in telephone conversations Albarran and Vouris had with its representatives.

But governments move more slowly than private enterprise and the Governemnt of the Solomon Islands was also seeking documents and other information before formalising its offer. The same information the VAs had had no luck obtaining.

As the delays and brinkmanship continued Albarran and Vouris were forced to court multiple times to have the convening period for the second meeting extended, with the third extension pushing the meeting date out to December 3 2021 certainly their last. (See: In the matter of Orbis Commodities Pty Ltd (administrators appointed) (receiver and manager appointed) [2021] NSWSC 1172)

No doubt desperate to obtain the information the governmental deed proponent has requested we hear that the VAs have now had issued to Darin’s appointor a summons for examination and Wong has countered with an application to have it set aside.

Our sources also indicated that Albarran and Vouris also want to examine Darin but no confirmation of that was received from any of the parties prior to publication.