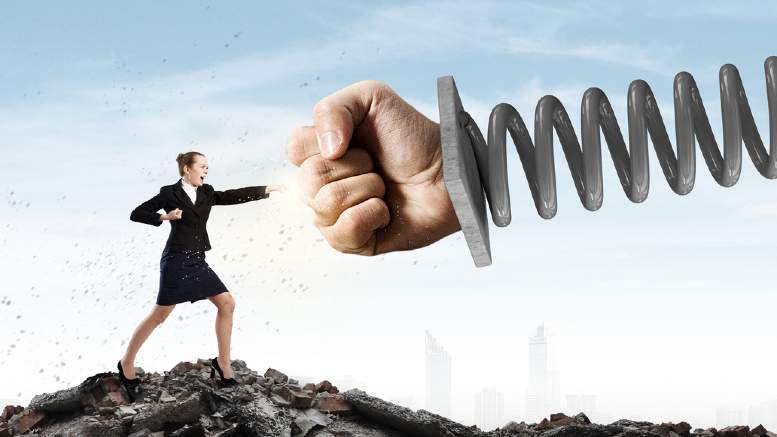 There’s nothing like starvation, marinated in the promise of feasts to come, to expose the rifts between rivals.

To wit the recent outbreak of unpleasantries between the Australian Restructuring and Turnaround Association (ARITA) and the Turnaround Management Association (TMA), which began after ARITA announced late last month that it had detected a potential issue with section 588GAAA Safe harbour— temporary relief in response to the coronavirus, part of the Federal Treasury’s hastily conceived measures to protect directors of small to medium-sized enterprises (SMEs) from claims of insolvent trading.

In a practice note published on September 29 ARITA said it had “become aware of a key timing issue in the COVID-19 temporary insolvency relief measures that has not been widely appreciated”.

According to ARITA the get-out-of-gaol-free card for insolvent trading contained in Treasurer Josh Frydenberg’s Coronavirus Economic Response Package Omnibus Bill 2020 would, on a literal interpretation of the proposed wording, only be dealt to directors who placed their companies into administration before the expiry of the temporary measures, which are scheduled to end on December 31, 2020.

“While this will clearly be the subject of interpretation by the Courts, we believe that there is no retrospective protection for directors for the COVID-19 temporary period if their company enters administration after that period,” ARITA said.

“Tellingly, the only way to effect a phoenix transaction is via liquidation and the engagement of a registered liquidator.”

Clearly, the idea that the legislation might encourage directors of SME’s to seek traditional protections via the appointment of voluntary administrators or liquidators, thereby eschewing notions of informal restructuring, was not to the TMA’s taste.

A day or so after ARITA’s Practice Alert TMA Australia president Carl Gunther declared In a Linked In post, that “the Government’s insolvent trading moratorium has sparked some recent commentary suggesting an ambiguity about the interpretation of subpara 1(c) of s 588GAAA.

Without naming ARITA, Gunther said any such interpretation of Section 588GAAA would be incompatible with its perception of the government’s intent.

“The TMA Australia cannot see any policy reason for this interpretation, which is entirely contrary to the materials published by Treasury at the time of the introduction of s 588GAAA,” Gunther said.

“We will seek to clarify the matter with Treasury,” he said.

“We also encourage directors and boards to always seek independent legal and financial advice on matters to do with insolvency and safe harbour.”

But this was just the TMA’s first salvo. The barrage began less than two weeks later when it published its submission to government on the proposed SME insolvency reforms.

On pages 34 to 36 it addresses the Government’s proposal for the creation of a new class of “restructuring practitioner” and in doing so manages to bring every potentially relevant organisation or group into the tent, except ARITA.

In discussing a framework for eligibility it states with satisfaction the need to be: “.. a member of an appropriate professional association (for example, CAANZ, CPA, IPA, ABRT, TMA, ICB) with a code of ethics and suitable accreditation process to undertake the restructuring practitioner role”.

Is not a certain exceedingly relevant organisation missing? Well, the TMA’s attitude to illegal phoenixing might provide a clue as to ARITA’s exclusion.

In its advocacy of the new class of restructuring practitioner, a class which does not need to be comprise registered liquidators only, the TMA states that the term “practitioner” applies for a good reason.

” … they oversee a restructuring process with a view to saving a company,” it said.

“Liquidators, on the other hand, liquidate a company and bring an end to its life.” And then there there’s this.

“While there has been commentary around an amorphous group called pre-insolvency advisors who promote phoenixing, no evidence has been put forward as to precisely who these people are.

“Tellingly, the only way to effect a phoenix transaction is via liquidation and the engagement of a registered liquidator.”

Tellingly, there is also just one reference to ARITA in the entire 47 page submission. That comes on page 35 in discussion around who will administer the new class of restructuring practitioner.

The TMA identifies ASIC as the suitable authority for the issuance of the appropriate license and nominates CAANZ, CPA, IPA, TMA, ICB as the appropriate professional associations to “undertake the accreditation and oversight of members seeking to hold the restructuring practitioner role”.

Only when it comes to kicking heads does ARITA get a mention, with the TMA proposing the establishment of a supervisory board with representatives from the respective bodies (e.g. the Law Society of each state, CAANZ, TMA, ARITA and CPA) “who will receive and adjudicate upon applications in a prescribed form on a regular basis”.

As one iNO reader suggested, it will be interesting to see how ARITA members who regularly refer work to TMA members will view this approach.

If endorsed by government registered liquidators look like losing work to the lawyers they regularly refer to. That’s when the work returns of course. At this stage the table is set but there’s no one in the kitchen. Support INO’s continued chronicling of the insolvency sector.

12 Comments on "ARITA, TMA square off over SME reforms"