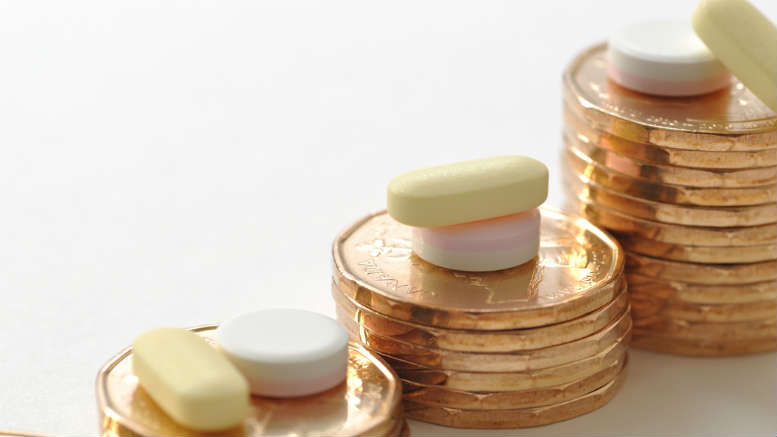 Every adverse costs order should come with complimentary codeine.

Well litigation funder Doug Hayter has extracted himself from the debacle that is Young V Thomson (formerly trustee of the property of Young) [2017] FCAFC 140 but the same cannot quite be said for Veritas Advisory’s Louise Thomson, who will be forced to scrape together as much as a quarter of a million dollars from her own resources following last week’s judgment of the Federal Court of Appeal.

This case was best summarised by Justice Geoffrey Flick, one of the three appeals court judges who heard the application by appellant, Joanne Young after she had previously failed to have a September 2016 litigation funding agreement between Hayter’s Ironbark Litigation Funding and Thomson set aside in proceedings before the Federal Court’s Justice Kathleen Farrell.

“Warring spouses, a de facto partner and money provide all the necessary ingredients for confrontation and disputes. Add a bankrupt husband, his attempts to divest himself of property to his de facto partner and the inadequate discharge by a trustee of her duties as a trustee in bankruptcy and litigation becomes inevitable,” he said.

The background to this matter is too voluminous for practical summation in SiN’s glib pages but the upshot is that Ms Young has seemingly prevailed in a lengthy battle with her ex-husband Leslie James Young, her ex-husband’s de facto and Thomson, who, when she was trustee of Leslie Young’s estate, entered into a litigation funding agreement with Hayter’s Ironbark without advising the bankrupt’s creditors.

The appellant and ex-wife Joanne Young was paramount among those creditors, having already won a judgment for around $2.35 million in the NSW Supreme Court for her cut of a multi-million dollar property in Pyrmont.

When contacted by SiN yesterday Thomson said she had not yet spoken to her legal advisors about a possible appeal or to her professional indemnity insurer about the consequences of the judgment.

“Please look at the third judge’s decision where he talks about whether there is or is not evidence,” Thomson said by email. “When this hearing took place the appellant did not significantly argue what she filed, but issues she actually failed to raise during the initial hearing,” Thomson said. “I have yet to discuss the decision in detail with my solicitors, insurer or anybody else. I did send the decision to AFSA and they are waiting for me to decide.”

Ms Young’s lawyer Greg Walsh estimated that Thomson’s costs “would certainly exceed $250,000”, an eye watering sum considering the appeals court’s order that: “The first respondent (Thomson) bear the orders for costs against her in the appeal and in the proceedings below personally and not be entitled to (and, to the extent that the estate has already paid them, repay to it) any of her costs of the proceedings below and of the appeal out of the bankrupt’s estate.”

The court of appeal was particularly critical of Thomson’s dealings with Ms Young, expressed in an email response to correspondence sent to Thomson by Walsh.

“That email revealed much about Ms Thomson’s approach to administering the estate in the following two years,” the court of appeal said.

“Without investigating what had happened in relation to the Pyrmont property, Ms Thomson requested that Mr Walsh cease to protect a major, or potential, asset of the estate for which his client had already obtained freezing orders, having satisfied a Supreme Court judge that there was sufficient danger to that asset to warrant the making of those orders.

“It reflected Ms Thomson’s disregard for her obligations to act in circumstances that called for co-operation with a, if not the, major creditor of the estate and to conduct prompt and immediate investigations.

“Mrs Young’s request should not have been dealt with by a trustee in such a hostile way without any investigation into its merits. The freezing orders and any order under s 37A could only have preserved an asset (or potential asset) of the estate and, as Mr Walsh’s letter stated, Mrs Young was not claiming any legal or beneficial interest in the Pyrmont property for herself.”

Be the first to comment on "Veritas’s Thomson facing $250,000 costs order"