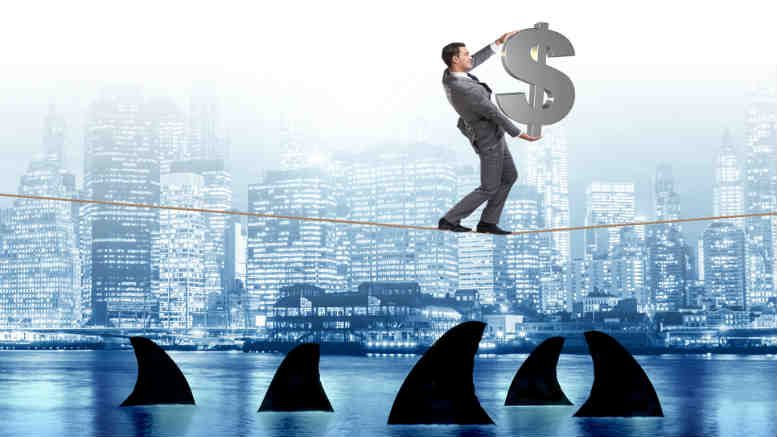 CORRECTION: INO’s coverage last week may have led readers astray in conveying the impression that BRI Ferrier’s Peter Krejci and Brian Silvia were replaced as administrators of GR Capital. They weren’t. They refused to recommend a DoCA proposed by the director and related interests. Sufficient numbers of creditors however insisted it be accepted and obtained a consent from SV Partners’ Jason Porter to act as deed administrator.

Apparently all’s fair in love, war and insolvency appointments, though BRI Ferrier’s Brian Silvia and Peter Krejci might not be considering their recently ended experience as voluntary administrators (VAS) of GR Capital Group in such philosophical terms.

After refusing to endorse a pair of deeds of company arrangement (DoCAs) and recommending liquidation, Krejci as chairman of the January 30 second meeting looked on as creditors instead ended the VA and appointed SV Partners’ Jason Porter deed administrator.

Silvia and Krejci were appointed VAs of the company and The One Capital Group in October, 2018.

The companies – which appear to be backed by Chinese interests – have run into trouble developing a number of high density residential sites under the Landmark trading name in Hurstville in Sydney’s south.

Ferrier Hodgson’s Ryan Eagle and Phil Quinlan were appointed receiver managers approximately a week after the VAs were installed.

At the reconvened second meeting of creditors on January 30, Krejci advised that one of the secureds – Everest Financial – had advanced $7 million to Eagle and Quinlan to progress the development of The One Hurstville project.

The January 21 VAs’ report also included advice from the receivers that the development costs would likely exceed existing forecasts, and that this would likely impact on returns to the secureds.

There was also lot of detail about a lack of engagement from the proponents of the deeds of company arrangement (DoCAs) who had sought the adjournment of the meeting back on December 20.

Being holding DoCAs they also contained no provision to pay creditors a dividend or the VAs’ costs. No wonder Silvia and Krejci recommended liquidation.

“Overall, the DOCAs do not provide for a compromise to creditors which would return the Companies to solvency,” the VAs said.

“Further, the DOCAs do not contain the ability to pay a dividend to creditors, and there is no obligation for a variation to be put that would provide for such a dividend.

“Accordingly, we do not recommend that creditors approve the proposed DOCAs for the Companies.

“Rather, as previously reported, as the Companies are insolvent, we recommend that creditors resolve to wind up the Companies,” the VAs concluded.

Once the contents of the report had been discussed the meeting was adjourned so the DoCA proponents could discuss the VAs’ costs.

When creditors came back Krejci was told that creditors would oppose the VAs’ remuneration resolutions, but they would be willing to discuss an agreement “in respect of a discounted quantum.”

Krejci responded that in the circumstances the costs were reasonable and then put to the meeting a resolution that BRI be paid $248,032.00.

The resolution was defeated, in spite of Krejci voting a special proxy in favour as instructed.

The meeting was adjourned again. When they came back the resolution was put to creditors again.

The resolution was carried on the voices. And according to the two DoCAs, SV Partners’ Porter is charging $20,000 and $10,000 per administration.