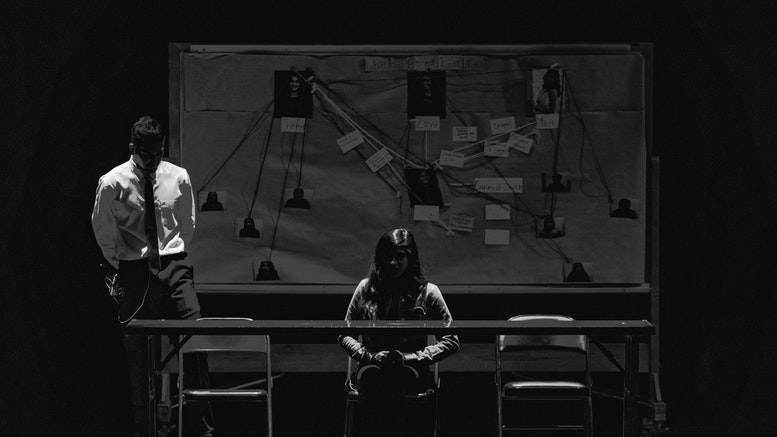 INO has republished this article because it has been brought to our attention that the previous version contains imputations that Veritas Advisory, and its directors, knowingly accepted an appointment of a company involved in a tax scam.  In fact the Plutus Payroll Australia Pty Ltd appointment was not referred to Veritas Advisory by Mr Clarke or Clamnez Lawyers.  INO does not suggest that Veritas Advisory had any involvement or knowledge of any tax scam and that the matter was not referred to the practice because of that scam.

The referral at the heart of this intriguing tale found its way to liquidator David Iannuzzi – yes, the Iannuzzi on the verge of de-registration – back in 2015.

A company was in need of Iannuzzi’s services as a voluntary administrator (VA), having become the subject of winding up proceedings initiated by the ATO.

In an affidavit filed in unrelated proceedings in the Federal Court, Daniel Clarke advised that he is now living and working as a business consultant in Prague, capital of the Czech Republic.

That’s the same Merhis who have denied allegations in the Federal Court in regards to illegal phoenixing and tax evasion amounting to tens of millions of dollars.

At that time Clarke was also a director of Clamenz Lawyers, an incorporated legal practice that will forever be associated with the $100 million Plutus Payroll tax scam, details of which became public two years later after mass raids by Australian Federal Police (AFP) and ATO officers in mid-May, 2017.

While Clamenz’ staffer Dev Menon has since been charged with defrauding the Commonwealth Clarke has not been charged, though he features frequently among the reams of evidence that’s been filed in the Plutus matter. What he has done though is leave the country.

In an affidavit filed in unrelated proceedings in the Federal Court, Clarke advised that he is now living and working as a business consultant in Prague, capital of the Czech Republic.

His affidavit is dated December 23, 2018 and in it he recounts how “Prior to about May 2017 I was a solicitor practising in a firm called Clamenz Lawyers”.

The AFP raids were announced on May 17 and while no allegations of wrongdoing have been made against Clarke in relation to the Plutus scam, it certainly seems as if fortune had taken a set against him down under.

In addition to the Plutus affair, Clarke and Clamenz’ Victorian division, Clamenz Ellis Evans, had been exposed as being up to their armpits in a series of failed land banking schemes linked to notorious property investment promoter Henry Kaye while in Queensland, Clarke was involved in the failed Port Hinchinbrook development that has been plagued by the involvement of such luminaries of the property sector as the late Keith Williams and Craig Gore.

The latter matter saw Clarke subjected to some stinging criticism by a judge after he gave evidence in the Federal Court.

In terms of the SCED matter, Iannuzzi’s DIRRI also disclosed that he had accepted referrals from Clarke before and that he had accepted an appointment via a CVL for a SCED related entity – Bauen Constructions – within the previous 24 month period. SCED and Bauen shared the same shareholder.

As iNO reported earlier this week, the Commissioner of Taxation (CoT) was burned on SCED when, despite a having a $3.5 million debt, Iannuzzi as VA admitted a $4 million proof of debt from a related party which was sufficient to see a deed of company arrangement (DoCA) opposed by the ATO accepted.

After the DoCA was effectuated the company was de-registered.

As previously reported the Federal Court is currently reviewing consent orders in regards to the CoT’s inquiry application and this week the court ordered ASIC to reinstate SCED and appointed Helm Advisory’s Stephen Hathway and Phil Hosking as liquidators.

Previous revelations suggest there is yet more to come. Please take a moment to support INO’s continued chronicling of the insolvency sector.