What motivates unfunded liquidators to cling to appointments in the face of creditors wanting them replaced? 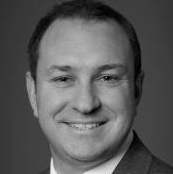 William Buck’s Brendan Copeland: hanging on tenaciously despite threats of an SPL

Corbis Global, an Argentinean-based architectural, engineering and design firm with offices in the USA and Australia has applied in the NSW Supreme Court to have the pair removed so it can install John Sheahan and Ian Locke of Sheahan Locke Partners in their stead.

The Argentinean firm, which is the only significant unsecured creditor of RCH apart from the director, Joshua Ridley, have lost patience with Copeland and Whitton due to their refusal to investigate an alleged phoenix transaction involving RCH and related entity Ridley & Co, despite Corbis’s conditional offer to fund public examinations.

For their part Copeland and Whitton are clinging to the appointment like limpets, despite apparently being without funds. Assisting them in their unfunded resistance are MacPherson + Kelley principal Chris Frawley and barrister Daniel Neggo.

During Friday’s hearing Barrister Jim Johnson told the court his client would consider applying to have an SPL appointed if Copeland and Whitton stayed but that the preferred course was to remove the incumbents because Sheahan and Locke were prepared to take on the appointment on a “speculative basis”. Sheahan told SiN last night they would certainly consider taking on a role as SPL.

Under questioning Copeland told the court that until recently there was insufficient evidence to justify investigating allegations that RCH director Joshua Ridley had effected a phoenix transfer of assets to a new entity, Ridley & Co, prior to placing RCH into liquidation on Novembver 20, 2015.

This was two days after a court awarded Corbis judgment in the sum of $660,000. Sydney Insolvency News makes no allegation of wrongdoing against the liquidators or Joshua Ridley.

Copeland’s position had changed, he conceded, after Mark Doble, the solicitor acting for Corbis, provided him with a range of documents including some which had initially been withheld on the basis they were subject to an implied undertaking generated by their use in related proceedings.

“Some of the information that was furnished in those material does warrant further investigation,” Copeland admitted.

He also attracted some heat from Corbis’s barrister Jim Johnson after explaining why he and Whitton resisted Corbis’s wish that its lawyers, Eakin McCaffery Cox, run any public examinations, on the basis that it would give rise to a perceived conflict of interest. “I wanted independent lawyers running the public examinations,” Copeland said.

Corbis commenced proceedings against RCH in 2013 after the companies fell out over what Corbis alleges was Ridley’s failure to pay invoices for hundreds of thousands of dollars owing for services Corbis supplied as part of a partnership arrangement between the pair.

Justice Ashley Black is yet to deliver judgment. While waiting feel free to to familiarise yourself with the background: