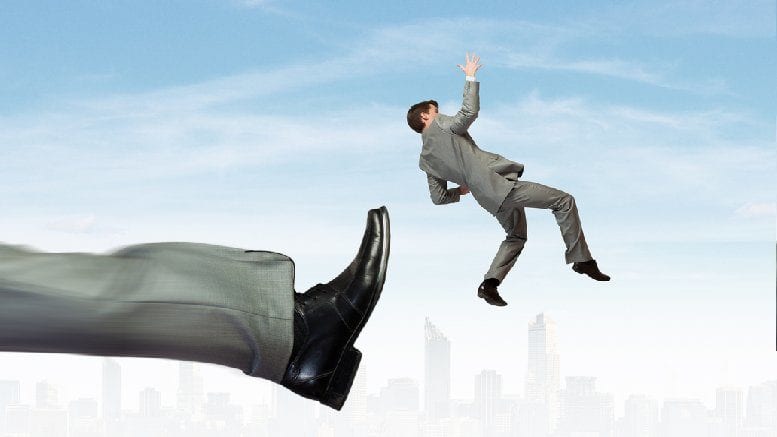 Liquidator and CPA Australia (CPAA) member Steve Naidenov was left licking his paper cuts recently after CPAA’s Disciplinary Tribunal smote him with what passes for wrath in the age of safe spaces.

A reprimand – category severe – and $2000 in fines is what the Aston Chace co-founder incurred in respect of complaints whose origins harken back to when he partnered with disgraced ex-liquidator David Iannuzzi on a series of exads, elements of which were subsequently impugned by the Deputy Commissioner of Taxation (DCoT), the Federal Court and ultimately, Iannuzzi’s own belated admissions.

In a statement on its website, CPA Australia disclosed on February 26 that its Disciplinary Tribunal had determined Naidenov was in breach in respect of a complaint relating to of Article 39(a)(ii)C of the CPA Australia Constitution of 2018.

The breach related to Naidenov’s failure to observe a proper standard of professional care, skill or competence in respect of his role as liquidator, appointed jointly and severally with Iannuzzi to National Auto Dealers NSW Pty Ltd, Tucorp Constructions Pty Ltd and Tucorp Maintenance Pty Ltd.

Naidenov, who attended the Tribunal proceedings, denied complaint one. However on the breach of Article 39(a)(ii)A – that he failed to provide a satisfactory explanation for the first breach – Naidenov admitted that whatever it was he did say didn’t satisfy the Tribunal.

In a statement Naidenov said that the Tribunal’s rulings related to sins of unintentional omission.

Further noting that “the errors in the relevant DIRRI were promptly rectified”, Naidenov also confirmed that he accepted the Tribunal’s Decision – despite not admitting to the first complaint – had paid the $2,000 fine and the CPAA’s costs of $2,619.02 and had “consciously” let the appeal period lapse without challenge.

CPAA told iNO that it had begun investigating its member “following the adverse comments of the Judge” in the Federal Court decision Commissioner of Taxation v Iannuzzi (No 2) [2019] FCA 1818.

In his November 2019 judgment Justice Angus Stewart recounted how the Deputy Commissioner of Taxation (DCoT) had written to Iannuzzi and Naidenov in early January 2016, less than three weeks after they were appointed liquidators of the three Tucorp entities.

The three companies were among among a series of exads referred to Veritas Advisory by Banq Accountants and Advisors, whose ultimate controllers and beneficiaries are currently the focus of ongoing investigation by liquidators being funded by the DCoT.

In 2017 the deputy commissioner commenced proceedings in the Federal Court seeking a judicial inquiry into Iannuzzi’s conduct and in 2019 Iannuzzi voluntarily agreed to relinquish his registration as a liquidator and not seek to reapply for registration for a period of 10 years.

Whilst Naidenov was not the focus of the DCoT’s application and has not been the subject of any adverse finding in the courts his association with Iannuzzi and Banq Accountants and Advisors has not been without cost.

In September 2020 he was expelled from the Australian Restructuring Insolvency and Turnaround Association (ARITA) after failing: “…to provide a reasonable response to ARITA’s inquiries regarding his conduct in relation to a complaint received by ARITA and issues associated with the decision in Commissioner of Taxation v Iannuzzi (No 2) [2019] FCA 1818”.

According to a CPAA spokeswoman the Disciplinary Tribunal had the power to suspend or terminate Naidenov’s membership but clearly, that option was less attractive than the imposition of a more moderate penalty. Support INO’s continued chronicling of the insolvency sector.

3 Comments on "Severe reprimand and immaterial fine for liquidator"