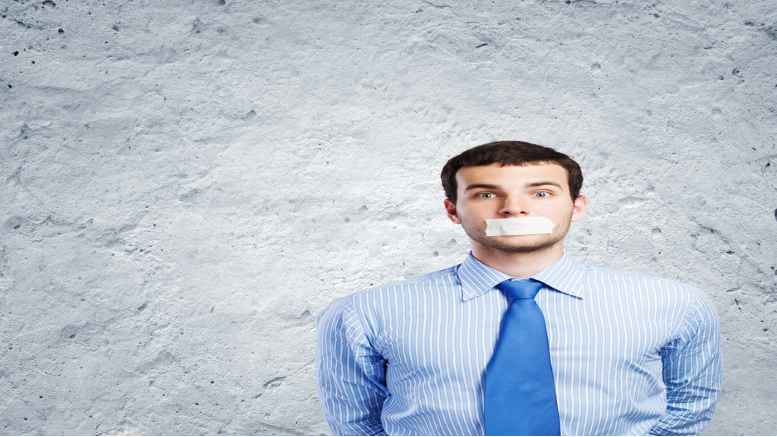 Worrells’ partner Aaron Lucan has been ordered to pay an indemnity costs order personally after indulging a seven month silence in respect of proceedings brought against the Deputy Commissioner of Taxation (DCoT) by a company to which Lucan is the appointed liquidator.

“The effect of ordering the first plaintiff to pay the defendants’ costs would be to visit the consequences of Mr Lucan’s conduct (or, more accurately, his inaction) on the first plaintiff’s creditors. I am not persuaded that this is appropriate since Mr Lucan ought be held responsible for his own conduct.” Justice Christine Adamson.

The details of Lucan’s reticence are given voice by Justice Christine Adamson in The Oak Hotel Cessnock Pty Ltd (in liq) v Deputy Commissioner of Taxation [2020] NSWSC 1589 which recounts how for seven months neither the defendants’ lawyers or the court were able to extract from Lucan a degree of participation compatible with his obligations as liquidator of The Oak Hotel Cessnock Pty Limited.

“By failing to do the little that was required of him, Mr Lucan has caused the defendants, whose solicitors have evidently sought to discharge the duties owed by the defendants to the Court and the other parties to the proceedings, to incur unnecessary costs,” the judge said.

While declaring herself not “unsympathetic” to the position of liquidators who need time to decide whether to continue proceedings on behalf of a company, Justice Adamson said “this did not excuse, much less justify, a failure to communicate with the other parties and the Court”.

“It is plain from the November 2019 creditors’ report that Mr Lucan, before his appointment as liquidator, had no intention of prosecuting the action on behalf of the company,” the judge said.

“This was not communicated to the solicitors on the record for the defendants for a period of about six months.

“During the course of that time, the defendants incurred costs, including the costs of the application to have the alleged unauthorised disclosure claim brought by the first plaintiff struck out for want of prosecution.”

Unsurprisingly, the DCoT instructed its lawyers from Ashurst to seek the costs of the proceedings from Lucan personally. Again unsurprisingly, her honour agreed.

“Mr Lucan’s actions caused the first plaintiff to be in breach of its obligations under s 56(3) of the Civil Procedure Act,” she said.

“The effect of ordering the first plaintiff to pay the defendants’ costs would be to visit the consequences of Mr Lucan’s conduct (or, more accurately, his inaction) on the first plaintiff’s creditors. I am not persuaded that this is appropriate since Mr Lucan ought be held responsible for his own conduct.”

Through his counsel Lucan defended his position, saying the DCoT was at all times aware of his intentions via receipt of his reports to creditors.

“He asserted that “solely due to an administrative error” his letter to the Court of 25 May 2020 was not provided to the defendants’ solicitors.

“Mr Lucan rejected any assertion that he had acted in any improper manner which might cause the Court to make a costs order against him personally and sought details of the basis on which the order was sought,” the judge said. Support INO’s continued chronicling of the insolvency sector.